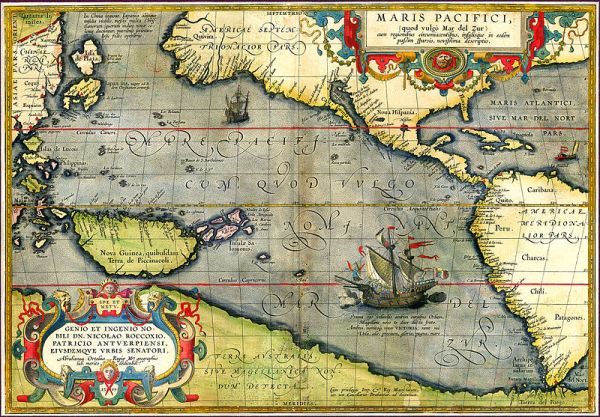 World history is such a vast subject that it is often reduced to soundbites one can remember, whether they are true or not. Most likely, you learned in school that Ferdinand Magellan was the first to sail around the world. It’s true that his 1519 expedition set out to do that, in order to find a new route to the spices of Indonesia. But only one of his five ships made it back to Spain in 1522, and Magellan was long dead by then. That’s because he made his way around the globe while pillaging, killing, and trying to convert everyone he met along the way.

As the crew forged across the Pacific Ocean, food spoiled and scurvy and starvation struck. Magellan and his men briefly made landfall in what was likely Guam, where they killed indigenous people and burned their homes in response to the theft of a small boat.

A month later, the expedition reached the Philippines. To the crew’s surprise, Enrique, an enslaved man Magellan had purchased before the journey, could understand and speak the indigenous people’s language. It turned out he was likely raised there before his enslavement—making him, not Magellan, the first person to circumnavigate the globe.

Magellan swiftly claimed the Philippines on Spain’s behalf, but his involvement in what Bergreen calls an “unnecessary war” was his undoing. “He wasn’t defeated by natural forces,” says Bergreen.

Read about Magellan’s extraordinary quest and what really happened along the way at National Geographic.

Rating The First to Sail Around the World is 5.0 / 5 Votes: 2
Please wait...
Loading...
Related articles