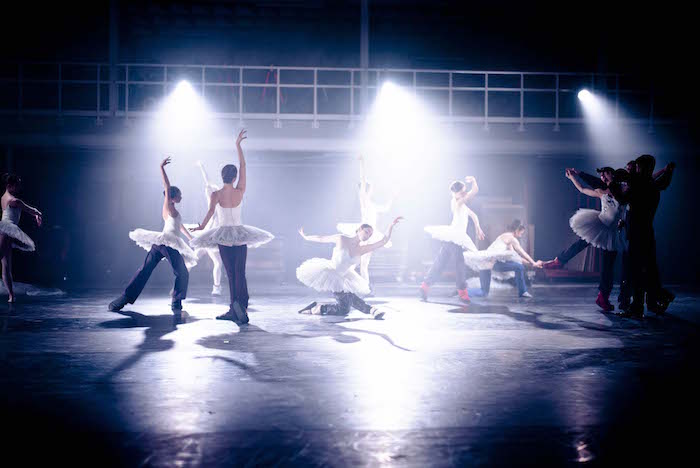 Like with many classical ballet pieces, Night Fall opens with a group of ballerinas wearing white tutus, flurrying around two principal dancers as they lift, jump, and turn together. Unlike known ballets featuring a similar formula, like Swan Lake, La Bayadere, Giselle, and even The Nutcracker, this sweeping dance doesn’t take place on stage but in a warehouse. And we the audience isn’t watching from red velvet seats, but are actually part of the piece, thanks to virtual reality.

In September 2016, the Dutch National Ballet, the Netherlands’ Nationale Opera & Ballet based in Amsterdam, paved a new path in the world of classical dance by releasing what they call the first-ever VR ballet, Night Fall. The haunting short piece transports viewers into a magical reality led by a single violinist, using creative lighting, sound, specialized choreography, and even CGI to deliver a fully immersive experience. 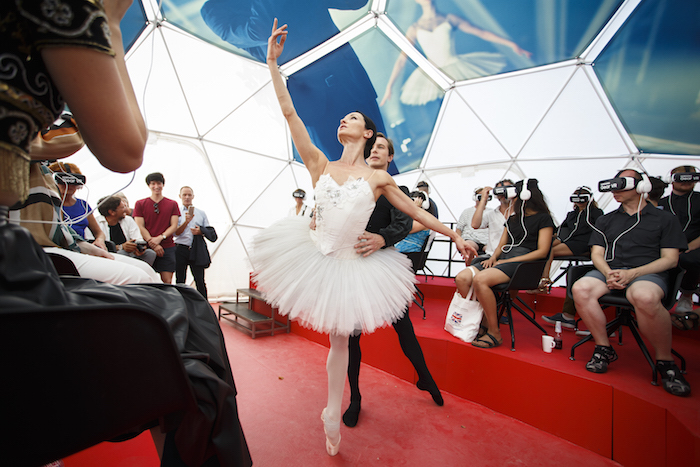 Nationale Opera & Ballet’s marketing manager Harm-Jan Keizer explains that the ballet was first conceived in September 2015 after the company was first exposed to VR by watching a piece by the New York Philharmonic Orchestra. “After a few minutes you started to feel bored, because you were just there standing on a stage,” he tells The Creators Project over the phone. “You felt like you were a ghost in a place where you didn’t really belong. Nobody was looking at you.”

With that in mind, the company decided to create a 360° video where the dancers perform—and, in a way, directly interact—with the viewer. “If you create a ballet, you create it for stage,” he says. “As a dancer, you have one focus point, and that’s the audience. But if you’re working for virtual reality, then depending on where you are in the room, you have to change your direction. The choreography should really be different. So we realized we had to make something new. A new ballet.”

This isn’t the first time Dutch National Ballet has been on the foreground of changing the way society views ballet, making it more accessible to different audiences by using new media. In fact, they’ve prided themselves on their innovation for decades. “In the 70s, we were one of the first companies who included video of live performances,” Keizer says. “A couple of years ago we created a video game for the smartphone. We really saw that this was in line with those projects.”

So far, Night Fall has been a success, and not just with art critics. It has garnered attention from tech blogs and dance publications alike, bringing a diverse crowd together. “People were all blown away,” he says, remembering some of the early reactions to the immersive video. “For most [viewers], it was the first time they ever saw something in virtual reality or the first time they’ve experienced ballet, because it was open to everyone.” 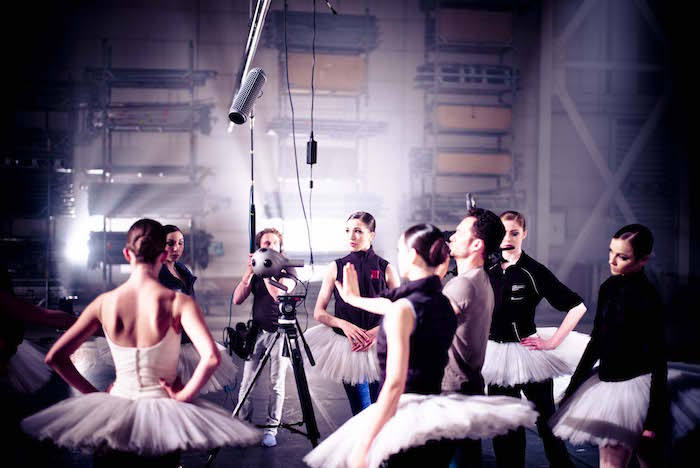 Beyond just this VR piece, the Dutch National Ballet uses other technology, namely the internet, to pique the interest of non-connoisseurs. They were one of the first companies to create a successful Instagram, deliver extensive live-streaming experiences, and even take on viral phenomena, with the most recent example being their magical “mannequin challenge” to promote their performance of the old favorite, Coppelia. Now they are working on longform VR pieces, whether they be adaptations of classic ballets or more modern work.

“Ballet has this exclusive thing to it,” Keizer explains. “We have a theater with 1,600 seats and there are like 200 performances a year. That’s your limit. That’s how many people you can reach with this artform. But with the whole internet, and all the possibilities that are out there, you have the opportunity to get in touch with more people and reach out to more people with the artform, and also to show what it takes to be a ballet company. What it takes to be a dancer, what it takes to be a choreographer.

“If you’re only going to a performance, then you don’t see the work, the amount of training, the amount of work of the costume department, the people who are working behind-the-scenes. You don’t see it when you’re only seeing a performance,” he says. “Platforms like YouTube, Facebook, and all the other big social media give a great opportunity for us to show what the artform is about.” 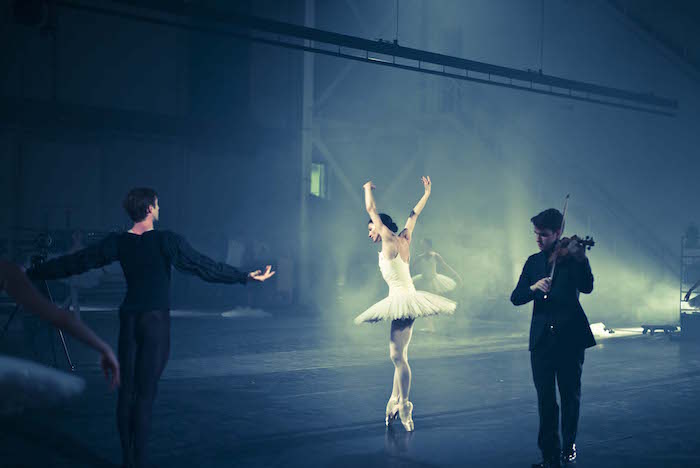 The company, however, isn’t just using apps and social media to entertain an adult audience, but to teach younger people, some of most active innovation consumers, about the so-called archaic artform. “What we’re trying to do now is create education programs to go to schools — especially schools which are further away from Amsterdam—to get kids and young people who can’t come to a theater and giving them the opportunity with virtual reality to experience the beauty of ballet,” he says.

“We want to show that we are part of society, part of the world, and make it accessible for everyone. We really see that as part of our mission as a ballet company.”

You can watch Night Fall in its entirety below.

To learn more about the Dutch National Ballet and their innovative work click here.

Dancers Melt Through Space in a Stunning CGI Experiment