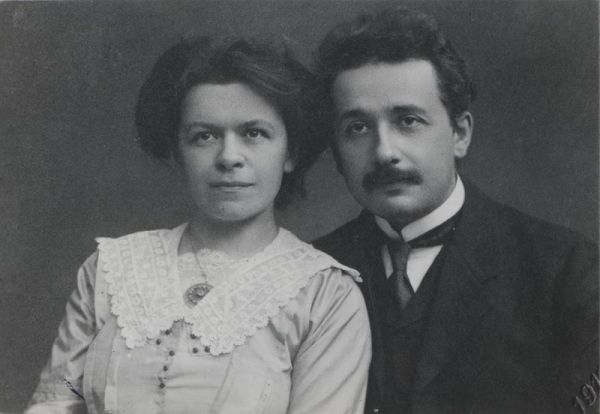 Mileva Marić Einstein was a brilliant physicist who is little known today, mainly because she was a woman born in 1875. The reason she is known at all is because she was married to Albert Einstein from 1903 to 1919. Their collaboration in both science and life started in 1896 when both were at the Polytechnic Institute in Zurich. In what appeared to be a pattern set for their entire time together, Mileva dragged Albert through his classes.

Albert and Mileva became inseparable, spending countless hours studying together. He attended only a few lectures, preferring to study at home. Mileva was methodical and organized. She helped him channel his energy and guided his studies as we learn from Albert’s letters, exchanged between 1899-1903 during school holidays: 43 letters from Albert to Mileva have been preserved but only 10 of hers remain(5).

Mileva had better grades than Albert, but the professor giving the final oral exam gave her such low marks that she did not graduate. Her four male classmates did. Albert and Mileva went on to collaborate on groundbreaking physics research, but Mileva’s name rarely appeared in published papers, possibly because she knew from experience that her participation could diminish those papers and therefore Albert’s job prospects. What she felt would advance their future together ended up costing her everything. Read the story of Mileva Einstein at Scientific American. -via Damn Interesting