Like many firsts in spaceflight, Project Mercury began with a failure. The goal of the mission was to put a man in space and bring him safely back to earth, ideally before the Soviet Union did. The Soviets beat America by putting into orbit the first satellite, and now the race was on to put the first human.

Unfortunately, Project Mercury was having trouble getting off the ground. In July 1960, the very first attempt to launch a Mercury capsule (that would carry future astronauts) on top of an Atlas rocket failed when the rocket exploded mid-flight less than a minute after it was launched. As Project Mercury wore on without much to show in the name of progress, it began to face scathing criticism. Just two weeks after the Atlas rocket failure, a major journal in the aerospace industry, Missiles and Rockets, stated:

NASA's Mercury manned-satellite program appears to be plummeting the United States toward a new humiliating disaster in the East-West space race. This is the stark conclusion that looms in the minds of a growing number of eminent rocket scientists and engineers as the Mercury program continues to slip backward. The program today is more than one year behind its original schedule and is expected to slip to two. Therefore, it no longer offers any realistic hope of beating Russia in launching the first man into orbit around the earth – much less serve as an early stepping stone for reaching the moon. 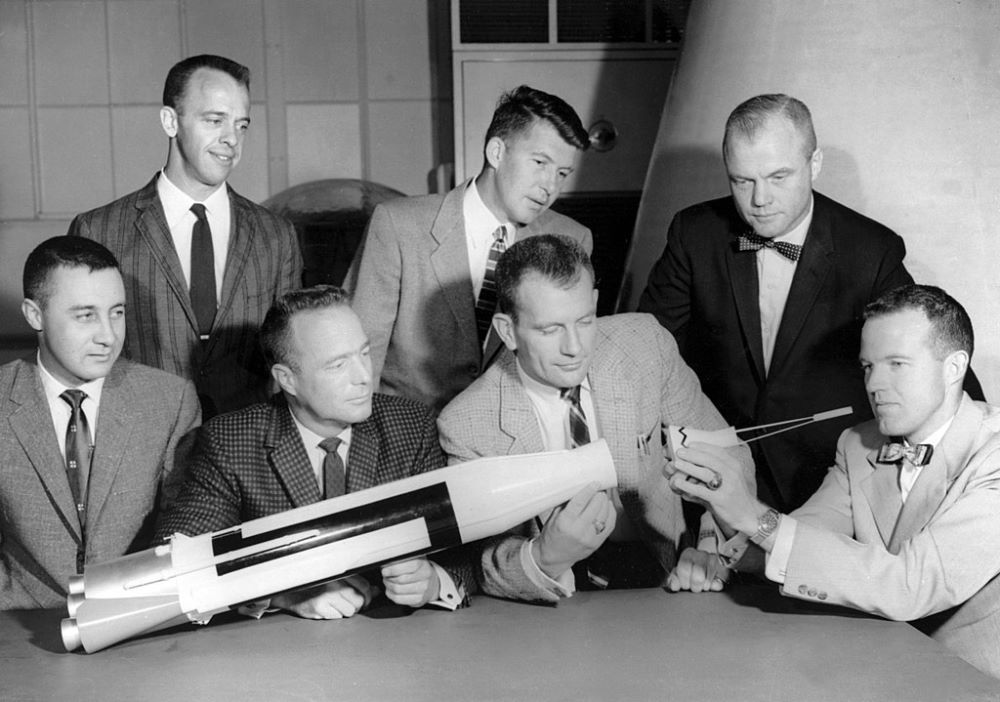 The “Mercury Seven" astronauts pose with an Atlas model on July 12, 1962. Photo: NASA