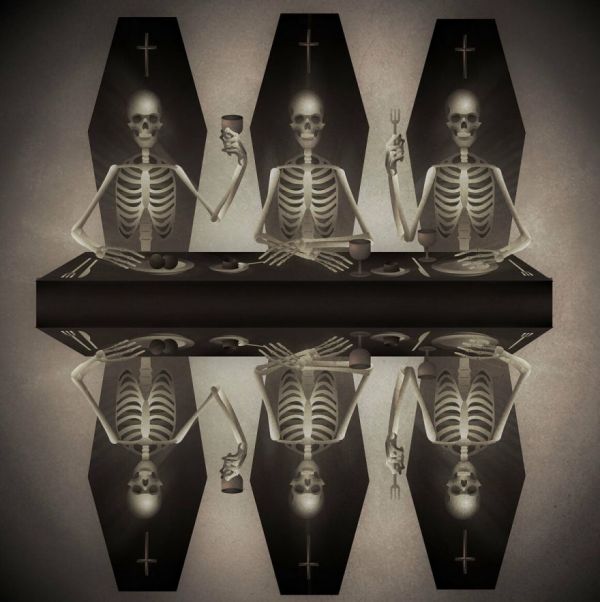 Rich people are different from you and me. Great wealth often requires hosting lavish banquets to bring friends and allies together, to shower favors, and to show off one’s taste and generosity. Great wealth also allows one to use friends and allies for entertainment purposes, to exact revenge, show contempt, or to feel power over others. So every once in a while, there have been black banquets, or hell banquets, in which invitees were expecting the usual fancy evening of food and camaraderie, but instead were terrified by all-black decor, seats with accompanying tombstones or coffins, and disgusting food displays.

As with many things, we don’t know if the custom originated from fact or fiction. A first-century hell banquet was described by a writer a hundred years later, which inspired others to pull the same prank. But we don’t know if that written account was at all true. Hell banquets happened occasionally from ancient Rome to the 19th century. Read what they were and how they horrified those who attended them at Atlas Obscura.