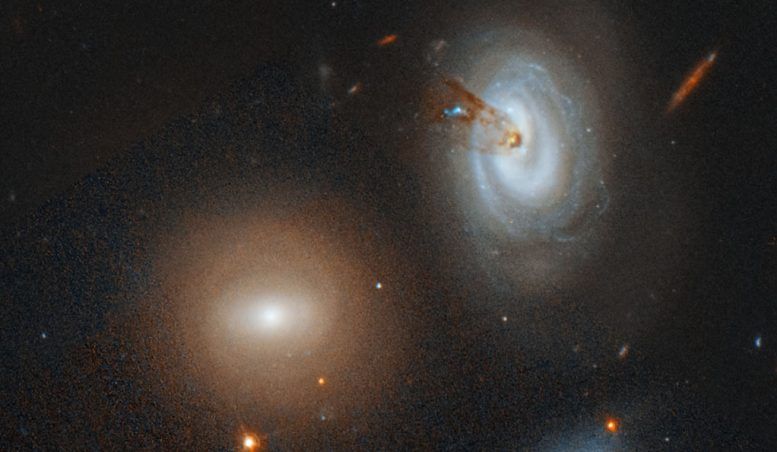 Scientists have been able to capture through the Hubble telescope one such galaxy that has lost its spiral arms and died.

“This galaxy stands out as a particularly extreme example of processes common in massive clusters, where a galaxy goes from being a healthy spiral full of star formation to a ‘red and dead’ galaxy. The spiral arms disappear and the galaxy is left with no gas and only old stars,” said William Cramer, a graduate student in Yale’s Department of Astronomy who led the new research.

“This phenomenon has been known about for several decades, but Hubble provides the best imagery of galaxies undergoing this process.”