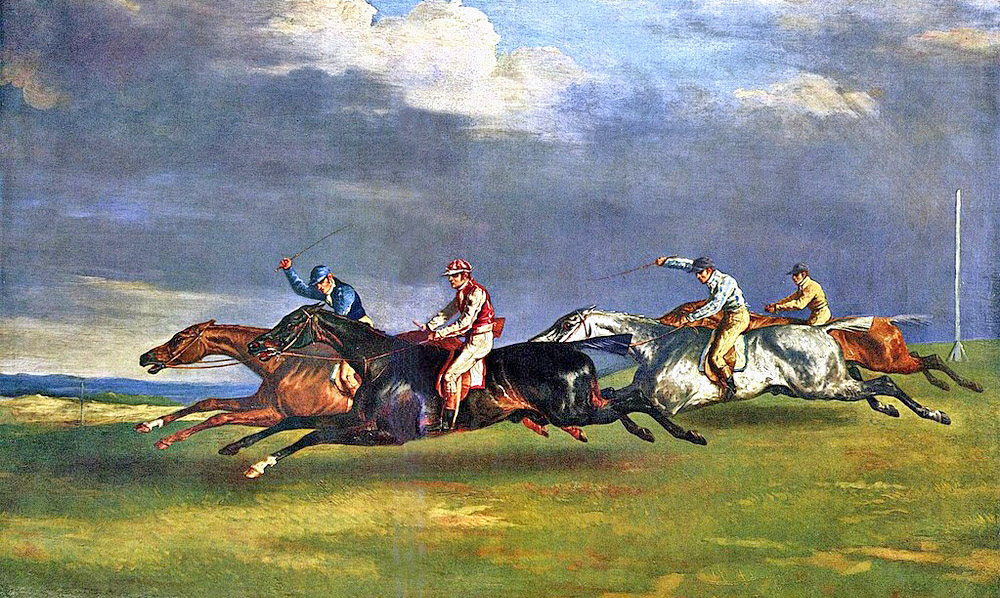 “The 1821 Derby at Epsom” by Théodore Géricault

Horses have appeared in works of art throughout history. They have appeared in prehistoric cave paintings, such as those in Lascaux, in temples and tombs of ancient Egyptians and the ancient Greeks, and as monumental statues during classical antiquity. These depictions showed great knowledge of equine anatomy. George Stubbs, an 18th-century English painter, helped further this knowledge by dissecting horse carcasses to learn more about the anatomy of the animal. Stubbs’s detailed anatomical drawings greatly aided later artists.

Horse art peaked during the 19th century when horse racing became a popular form of sport. It was while attempting to paint racing scenes many artists realized that they didn’t know horses enough, especially how they moved when they were galloping.