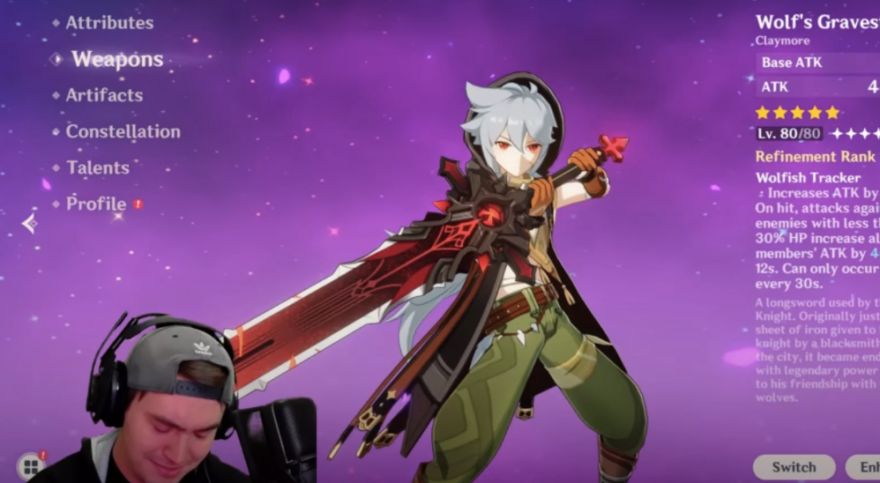 If you haven’t seen all the videos, articles, and tweets about the new free-to-play RPG called Genshin Impact, consider yourself saved. I’m kidding. If you like playing open world games, maybe this game is right up your alley. Here’s a warning though : this game has gacha (a system where the player needs the in-game currency to get a chance to roll for an in-game character). Gacha gets addictive the more time, money, and prayers you’ve given it just to get your favorite character. This YouTuber spent a whopping $2,000 to get the game’s new character named Klee. But that was just a start of a long discussion and commentary concerning Genshin Impact’s gacha system:

Not long after spending those thousands of dollars, the Canadian YouTuber uploaded another video stating he regretted all of it and, adding salt to the wound, he now believed the character “sucks.”

The thumbnails, while provocative when lined up to one another, didn’t tell the whole story. You can’t get the entire tale from watching the videos now, either, because he’s deleted some of them following backlash from viewers. Speaking to Polygon over Discord, Tash says that the money had all come from his YouTube earnings from covering Genshin Impact. It was, in other words, a business expense that did not reflect on how deeply the gacha game cut into his wallet.

But this series of events sparked heated discourse over Genshin Impact, its business practices, and how exploitative a gacha game can be when there’s less than a 1% chance of winning any given powerful character. In follow-up videos, Tash claimed that viewers warned him that he may have a gambling addiction, though he denied to Polygon that this was the case. Instead, Tash says he felt the game was “scummy” from the start, though he failed to reconcile during our conversation why he chose to move forward with the game anyway.