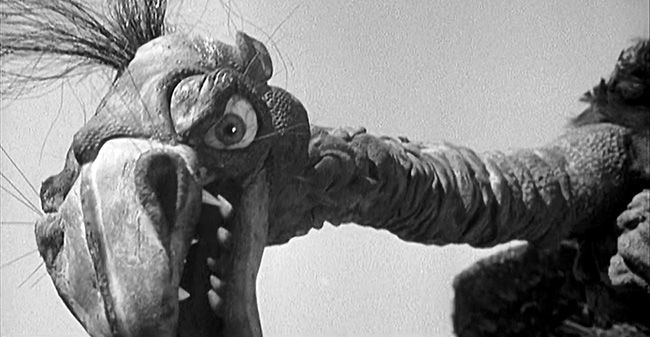 The Giant Claw was a 1957 film produced by the legendary Sam Katzman (‘legendary’ in this sense not being a complimentary term, for Katzman was a legendary cheapskate). It was an extremely low-budget film and has several noteworthy points of interest: 1) the creature was based on a wooden puppet that Sam Katzman bought in Mexico 2) the artists of the lobby cards were never shown the final creature – they merely used a verbal description, and their efforts were far off the mark (see below) 3) the actors, such as 1950’s B-Movie stalwart Jeff Morrow, never saw the creature either but had been assured by Katzman that the special effects would be first-rate and 4) at the premier in Los Angeles, audiences laughed hysterically when they finally did see the creature, and Jeff Morrow and others of the cast who were in attendance sneaked out of the theater before they were recognized. Such things had never happened before, not even with Ed Wood’s films.

As usual, the IMDb is on top of things: "What a hoot!!!! This film tops them all……and the 50’s had some real "winners" in the genre. And like all that went before and after, this will win your heart. Knowing that computer generated effects and advanced use of the blue screen were things yet to come, we usually have to bite the bullet and figure they did the best they could with what they had. BUT, in this case, they really hit bottom with the monster bird. It has to be the worst of all…..it’s a damn wooden puppet on strings that bobs around like Big Bird on a binge……pretty pitiful. Jeff Morrow probably wanted to commit suicide or die of terminal embarrasment after seeing this film in its finished state. And the lovely Mara Corday, who was always stuck in the lower echelon of film making, had to count this as a low point in her career. She deserved better. Now, after saying all those negative things, I can honestly say that I love this movie….it is so outrageous that you are just sucked in, forever becoming a fanatic of low budget, 50’s horror/science fiction films. Yes, it is really bad, really bad…..but somehow you can’t quit watching. Have fun with it!!!

And, naturally, a film like this has its own review on badmovies.org.

The theatrical trailer and the theatrical film are available on YouTube and are embedded below. Also embedded is a video of all of the creature’s scenes from the film, if you can’t bear to watch the whole thing. This film was also featured on MST3K, but surprisingly, this episode does not appear to be available on YouTube. Like Robot Monster, this is a stinker of a film but it definitely possesses entertainment value, and I saw this many times on TV during the 1960’s. Watch it with your kids and everyone will be entertained. 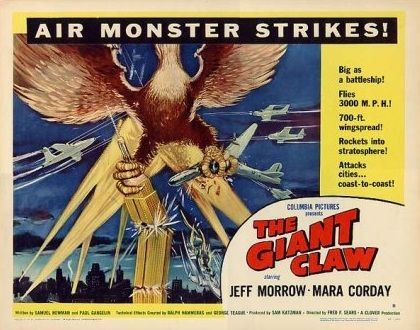 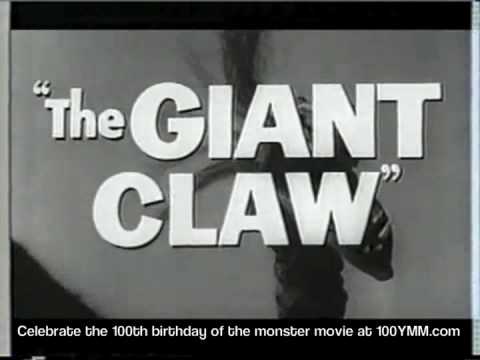 The theatrical release of the 1957 film. 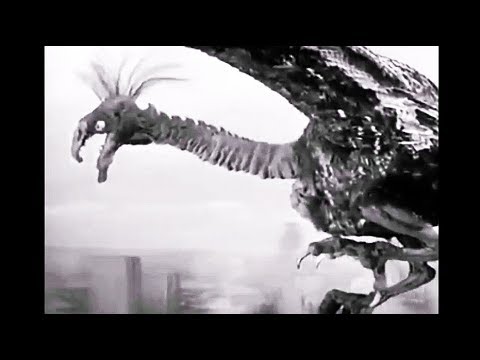 All of the turkey-buzzard puppet scenes from the 1957 film.