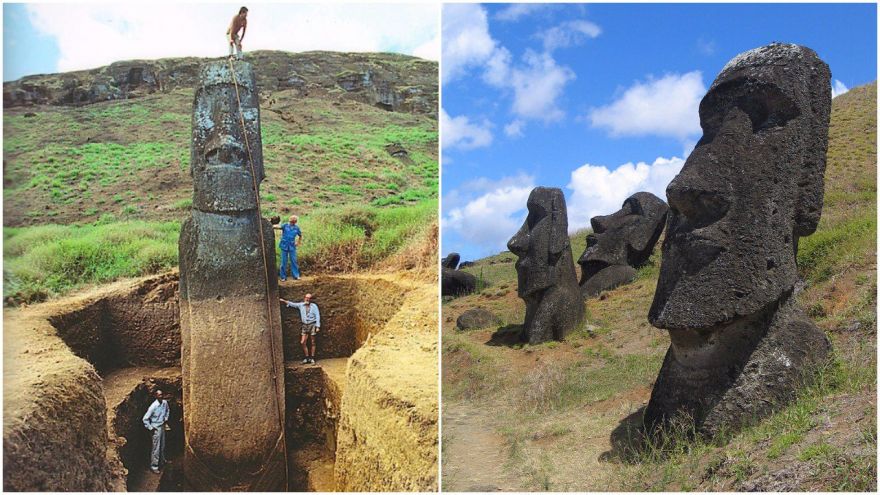 Most, if not all of us, have encountered a picture of the giant stone heads in Easter Island at least once in our life. But to those who have seen those pictures, did you know that these heads have torsos as well? It was just buried the whole time (well, until the archaeologists excavated them).

The large stone statues, or moai, for which Easter Island is famous, were carved during the period A.D. 1100–1680 (rectified radio-carbon dates). A total of 887 monolithic stone statues have been inventoried on the island and in museum collections.

Although often identified as “Easter Island heads,” the statues have torsos, most of them ending at the top of the thighs, although a small number are complete figures that kneel on bent knees with their hands over their stomachs.Some upright moai have become buried up to their necks by shifting soils.