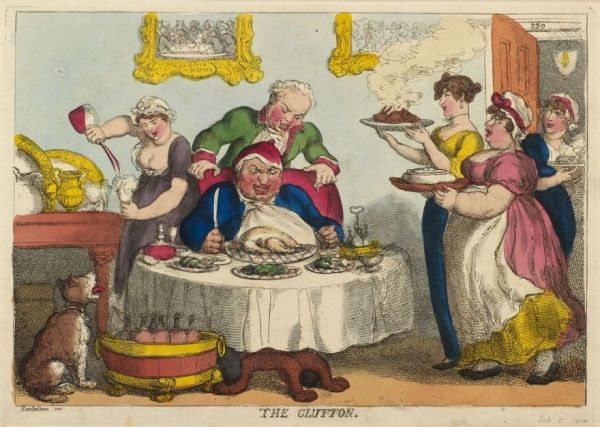 After a nice Thanksgiving meal, you may feel like you’ve eaten too much. But you certainly haven’t eaten as much as Charles Domery, and you don’t do it every day like he did. Born around 1778, Domery began eating everything in sight when he became a teenager. People who watched him eat were astonished at the amount of food he would put away, and when the “food” ran out, he would eat other things like candles and grass. Domery ate raw meat by the pound, and would also consume dogs, cats, and rats. Once during battle, he tried to consume a man’s severed leg before it was taken from him.

Domery served with the Polish army, but since there wasn’t enough food, he switched to the French army. Captured by the British, he astonished his guards with his appetite until they were feeding him enough for ten prisoners. He still ate the prison cat. Doctors witnessed Domery’s feats of eating, but could offer little help in the early 19th century. Today there are a variety of possible diagnoses for Domery’s condition, but 200 years on, it’s hard to know which one caused his excessive hunger. Read about the man who was known as “The Glutton” at Amusing Planet.