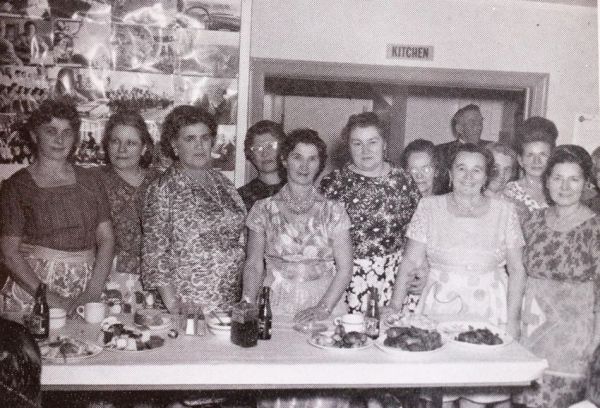 There is a pink granite tombstone in Toronto’s Prospect Cemetery, with four names inscribed: Pauline Chorna, Annie Hrynchak, Anna Baran, and Nellie Handiak, underneath the word “Friends.” The four women buried there are no kin to each other, and they died decades apart. Yet they all four carried out a pledge to spend eternity together after death. What the four friends had in common were that they were all born in the first decade of the 20th century, and all had immigrated to Canada from the Carpathian Mountains.

The Carpatho-Russian identity is one that is deeply complex and divided along religious, national and political lines, according to historian Magocsi, who chairs U of T’s Ukrainian Studies department and is of Carpatho-Rusyn heritage.

While Carpatho-Russians speak a language related to Ukrainian, and come from an area Ukrainians consider within their ethnolinguistic boundaries, many “actively reject identification as Ukrainians,” Magocsi wrote in his 1999 book, Of the Making of Nationalities There is No End. Their poverty-stricken conditions in Canada also “led to strong anti-clerical left-wing political and social attitudes,” he wrote, as well as an affinity for the Soviet Union, the world’s “first worker’s state.”

The outsider status of these immigrants drove them to forge close bonds with each other, mainly through the Alexander Duchnovych Society of Carpatho-Russian Canadians and its cultural center on Queen Street. While their generation considered themselves Communists and friends of the Soviet Union, their children rejected their politics. Each woman had her own fascinating story, and in the 1960s they dreamed up their plan to be buried together. Read how that all came about at the Toronto Star.   -via Metafilter

Inside the ‘Circus Capital of the World’

Hemingway Was Once Quarantined with his Wife… and Mistress