One of the main characteristics of the most important cities of Antiquity in the Hellenistic kingdoms, first, and in the Roman territories of the East, later, are the great column avenues. They also existed in Rome itself and other European cities, but the eastern examples are usually larger and many of them are in better condition.

The largest of all, and possibly also the first to be built, is the one flanking the thistle of Antioch, which is about 2,275 meters long, that is, just over 2 kilometers. But there is hardly anything left of it.

Of the three best preserved, those of Ephesus, Palmira and Apamea, perhaps the latter is the one with the most spectacular features today, since many of its columns still stand. 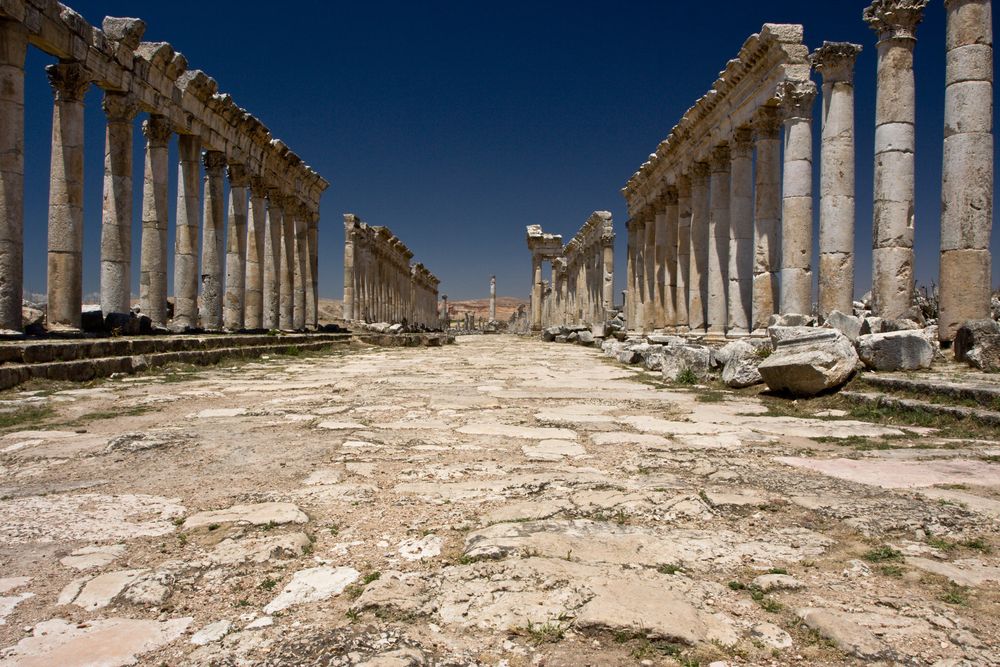