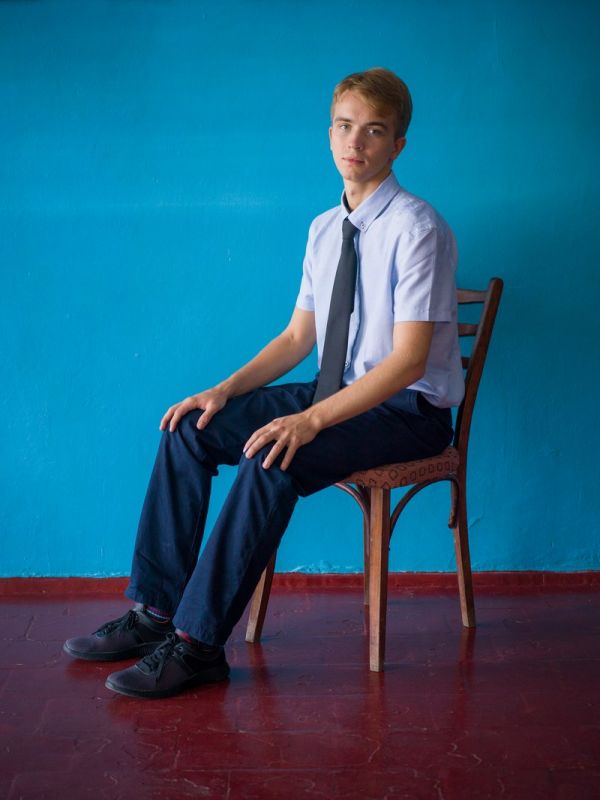 Ukrainian university student Artur Samarin wanted to go to college in the US, but when he came to America, he was shocked at the cost. Working in a restaurant didn’t allow him to save up enough money to attend school, yet he still wanted to stay in the US. A couple he knew came up with a grand scheme: they would adopt him! They told Samarin he would have to change his age, because they couldn’t adopt a 19-year-old. (That wasn’t true, but you cannot draw Social Security dependent benefits on a 19-year-old.) So he became 14-year-old Asher Potts and enrolled as a freshman at a high school in Harrisburg, Pennsylvania.

As the months, and then years, passed, the student known as Asher Potts grew into himself, an ever more notable presence on campus. He got straight A’s. He ate cafeteria lunches like anyone else. He became a Color Guard Commander in Navy JROTC. He trained a swim team of 10-year-olds at the YMCA. He whiled away cool evenings cruising around town with the close friends he had no trouble making, tagging along to his first football games. But downtime was sparing, there was so much work to be done.

He spent summers in the Upward Bound science and math program at Penn State, working in the university labs he’d long fantasized about. He sat on the school board as a junior representative. He took supplemental classes at the local university downtown. He received awards for academic achievement and community service and posed for pictures with local politicians. His sophomore fall, the mayor of Harrisburg even named a crisp October Sunday “Asher Potts Day.”

Then just three months before graduation, the police came for Samarin. The initial charge was passport fraud, but there were other concerns, most notably his relationship with his 15-year-old girlfriend who thought Samarin was 17. Since he was really 22, he was charged with involuntary deviate sexual intercourse. Read the most curious story of Artur Samarin at GQ. -via Digg