On the night of 18 August 1783, four gentlemen and their two lady companions were on the terrace of the Windsor Castle, enjoying the warm summer night after a fulfilling and sumptuous dinner, when their casual conversation was cut short by a descending light in the horizon. As the spectators turned their attention towards the bluish colored apparition, they saw the light streak across the north western sky, gradually increasing in brightness. And even as they watched, the light broke up into a band of smaller lights forming a fiery procession with the smaller bodies trailing a brighter leading nucleus. For some thirty seconds the flaming band silently trailed across the sky before extinguishing in the south eastern quarter of the heavens. The remarkable spectacle left our six companions enthralled and dumb-struck, for they had never witnessed such a sight before. 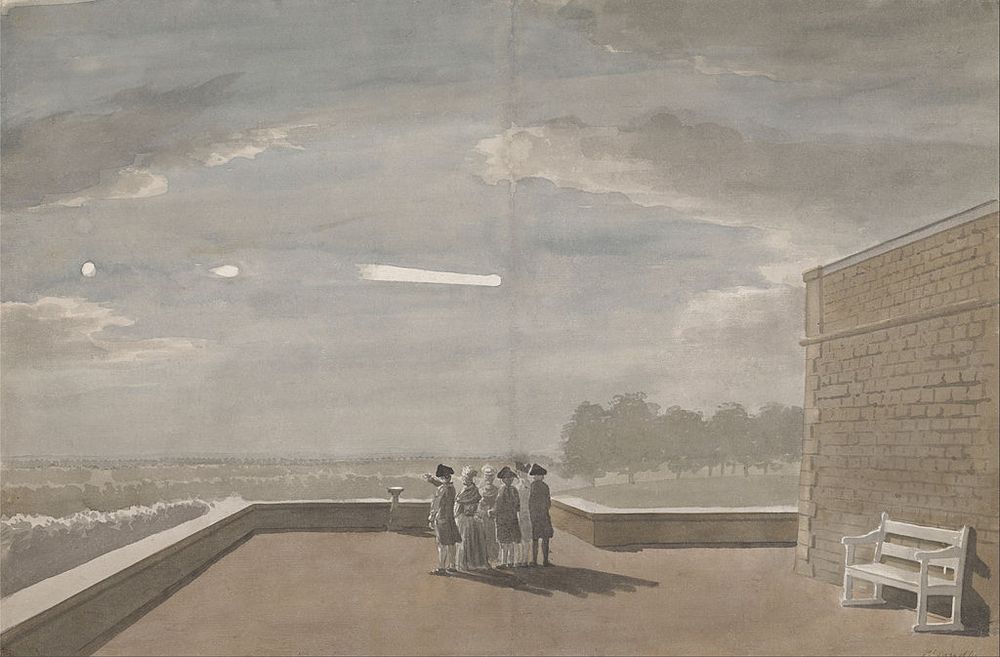 The Meteor of August 18, 1783, as seen from the East Angle of the North Terrace, Windsor Castle. Painting by Paul Sandby