In 1946, a group of Soviet school children from the Young Pioneer organization presented to the American ambassador to the Soviet Union, William Harriman, a carved wooden replica of the Great Seal of the United States, as a token of appreciation, amity, and solidarity for their alliance in the Second World War, and as promise of continuance of this friendship. The seemingly harmless gift was hung in the study of the ambassador's Moscow residence, where it stayed for seven years until it was discovered that the innocuous-looking souvenir was more than a mere decoration. It was a trojan horse—a ruse by which the Soviets planted in the ambassador’s office one of the most covert listening devices ever created. 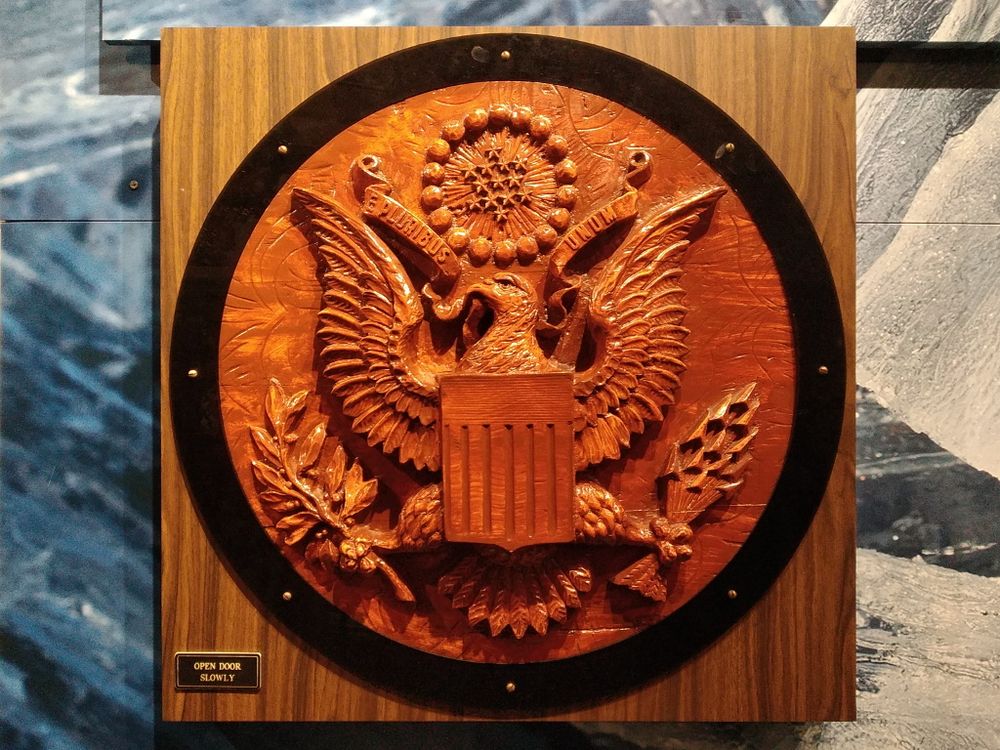