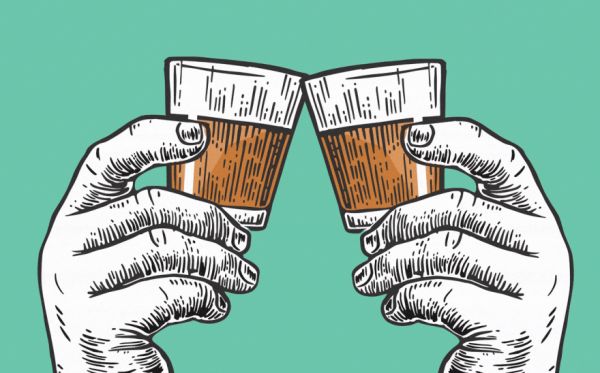 We all know someone of whom it has been said “could drink anyone under the table.” However, pushing the limits can be dangerous, and binge drinking has led to many deaths. The problem with drinking alcohol in a hurry is that you can imbibe too much before the effects show at all, and then you are suddenly too drunk to understand your limits. A competition to see who can drink more than someone else may remind you of a certain scene in Raiders of the Lost Ark, in which Marion Ravenwood not only survived the contest, but also an attempted murder and the fact that her bar burned down. Real life is not as exciting, nor as survivable.

That said, there was a drinking contest in which two young, large, and wealthy men felt compelled to outdrink each other. Lord Louth, age 34, was visiting from England, and made the acquaintance of 32-year-old Albert Haller Tracy, Jr., of Buffalo, New York. Tracy was showing Louth around Buffalo, as the two were of comparable social standing and had much in common. However, both prided themselves on the ability to drink copious amounts of whiskey, and Louth challenged Tracy to a public showdown. They engaged a bartender to prepare and keep count of how many whiskey cocktails each man drank. Word got around, and spectators came and placed their bets between the British lord and the American. The contest made the papers for years afterward. While the story grew in later years, even the immediate reports had the men drinking an astonishing number of cocktails. Read the entire story of the drinking contest, plus notes on how it was researched, at The Daily Beast. -via Digg