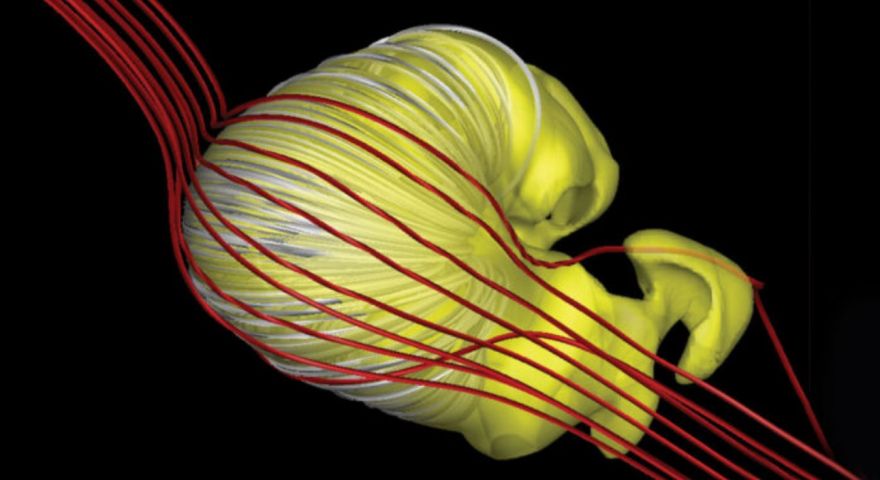 For years, astronomers have thought that the heliosphere (the “bubble” that protects the planets inside our Solar System from interstellar radiation) is shaped like a comet. Data from one of NASA’s satellites, however, seems to contradict that suggestion.

…according to new research, its shape could look far more peculiar than that: like a “deflated croissant,” according to a NASA statement. Less comet and more like a chewed up piece of gum, or maybe something vaguely biological from the movie “Annihilation.”

To construct the model, a team of astronomers took a closer look at data collected by NASA’s Interstellar Boundary Explorer (IBEX). The mission analyzed energetic neutral atoms as cosmic rays travel from the Sun and outwards towards the heliopause, the theoretical boundary past which solar winds can’t penetrate, some ten billion miles from Earth.

More information about how the astronomers came up with this model over at Futurism.