The original Hellfire Club was founded in London in 1718 by the Duke of Wharton, a licentious character who was said to lead two lives—one a “man of letters” and the other “a drunkard, a rioter, an infidel and a rake.” The club was more of a satire meant to mock religion and generally shock the outside world. The members called themselves devils and partook in dishes like “Holy Ghost Pie”, “Breast of Venus”, and “Devil's Loin”. 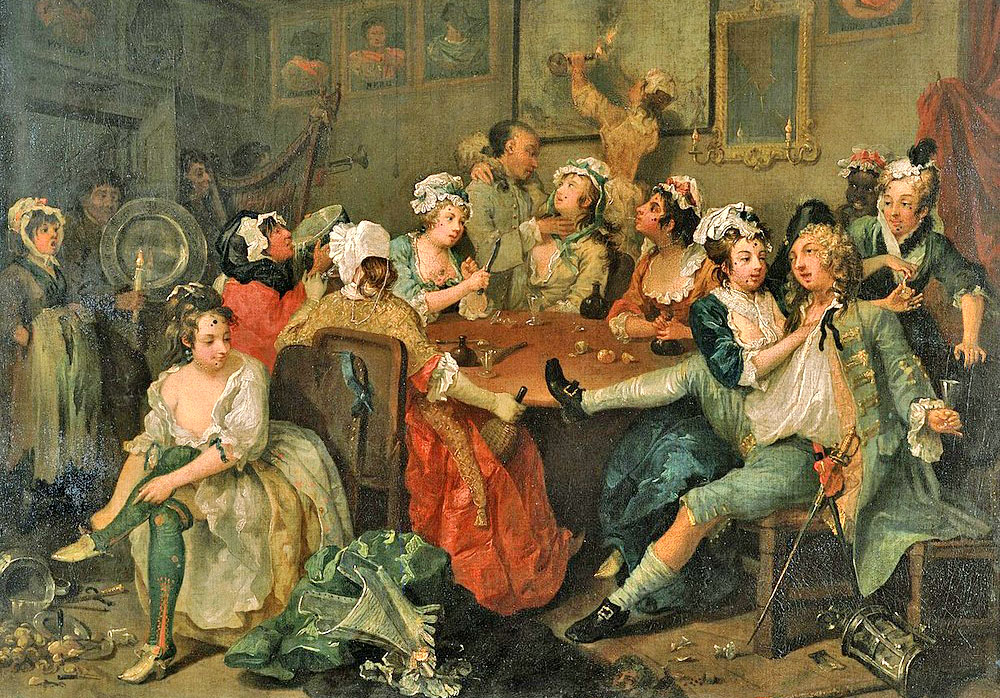 “A Rake's Progress—Tavern Scene“ by William Hogarth, circa 1730s.