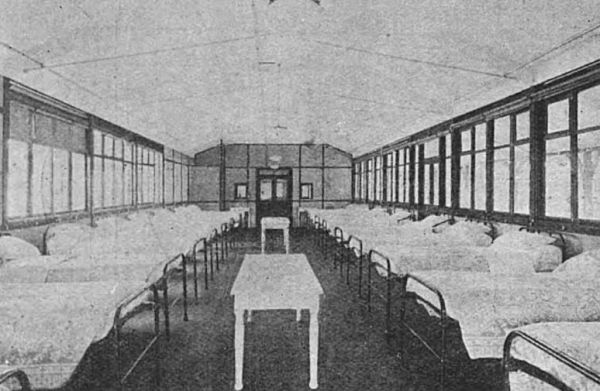 Before the world was inundated with the material we call plastic, the word meant “capable of being molded.” That was its meaning in early plastic surgery, as surgeons used a person’s existing living tissues to replace the parts that had been lost to war injuries. This technique was pioneered by Sir Harold Gillies, a surgeon at the Queen’s Hospital in Kent who worked to restore faces that had been marked by the ordinance of World War I.

Plastic surgery, there is no doubt, was working miracles and giving these badly wounded men a new lease of life, and a new sense of hope. No wonder then that the Linlithgowshire Gazette was calling it in August 1917 ‘one of the greatest scientific triumphs which owes its existence to the war,’ whilst in May 1919 a colonel in the Freeman’s Journal is hailing the practice as a ‘priceless boon to mankind, and one for which we have to thank the war.’

The same colonel goes on to describe the ‘hundreds of ways in which plastic surgery will be invaluable in civilian times.’ And indeed it was to be. In December 1930 the Lincolnshire Standard and Boston Guardian reports on the ‘Miracle of Surgery‘ that was performed on Skegness schoolboy Luke Foster, who was born with a congenital defect affecting his nose. Under the care of ‘one of the foremost plastic surgery specialists in the world,’ one Harold Gillies, Luke was given ‘a completely new nose,’ enabling him to ‘blow his nose for the first time in his life.’

Gillies’ techniques were refined to help those with congenital defects, then to “improve” a person’s looks in ways never imagined before. From building body parts like Foster’s nose, to facelifts, ear tucks, nose jobs, and breast enhancements, you can skim through the history of plastic surgery as told in news stories at the British Newspaper Archive. -via Strange Company