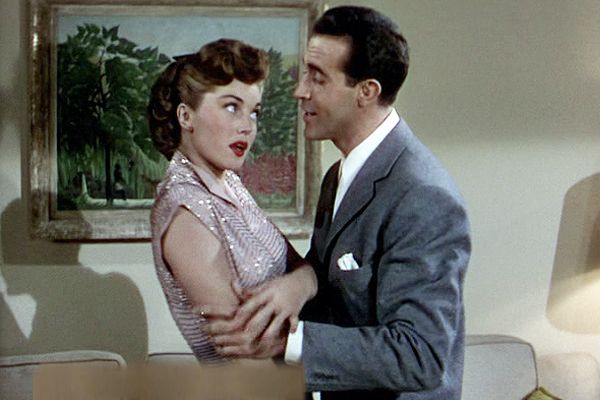 “Baby, It’s Cold Outside” is not a Christmas song, but like “Jingle Bells” and “Winter Wonderland,” we only hear it at Christmastime because of the snow mentioned in the lyrics. And speaking of lyrics, those are what make people argue about the song. In its first few decades, it was just a flirty song that echoed the way romance was done at the time. Eventually it started to become clear how problematic those lyrics are.

“Baby, It’s Cold Outside” was written in 1944 by Broadway songsmith Frank Loesser, and he and his wife performed it as a novelty song at parties, where other guests loved it. You can see why no one back then would think twice about a married couple singing the song to get a laugh. But then it went to the movies. By the 21st century it was known as the date rape song, with the man coercing the woman to stay all night with him and her wondering what was in her drink.

But while we’ve come a long way in “how romance is done” since the 1940s, some of the lyrics in the 77-year-old song didn’t meant what modern audiences think they did. Get an explanation of “Baby, It’s Cold Outside” at Mental Floss.