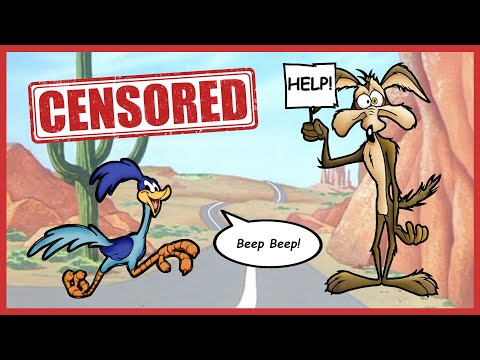 When Warner Bros. made the first Road Runner cartoon in 1949, they had no plans for bringing back the characters again. Once movie audiences raved about how funny the short Fast and Furry-ous was, they made sequels to show in movie theaters. The cartoons featuring the Road Runner and the Coyote had their own rules and format, making them instantly familiar in a new short. Audiences knew what to expect- absurd schemes, the ultimate failure of such schemes, breaking the laws of physics, no dialogue, and plenty of laughs. Then TV beckoned, Warner Bros. laid off their artists to save money, and in the 1980s the cartoons were heavily edited to reduce the violence. “Reducing the violence” only made them shorter, because the ridiculously over-the-top violence was the main point. Still, After more than 70 years, the cartoons still make viewers laugh, both adults and children. -via Boing Boing