Since 2013, Canadian sculptor Timothy Schmalz has been placing a particular sculpture depicting a homeless man sleeping on a bench in cities across the globe. The life-size bronze statue appears to be anonymous with his face and hands hidden under a blanket, but the gaping wounds on his feet reveal that the person is actually Jesus.

Surprisingly, the statue has appeared in front of many churches that have shown extraordinary tolerance for the controversial sculpture. When it was installed at St. Alban's Episcopal Church in the middle of an upscale neighborhood in Davidson, North Carolina, one woman called the police and the another wrote a letter of complaint to the editor of a local newspaper. Many felt that it was an insult to the son of God. Some churches have even refused to have the sculpture installed in front of their institution. 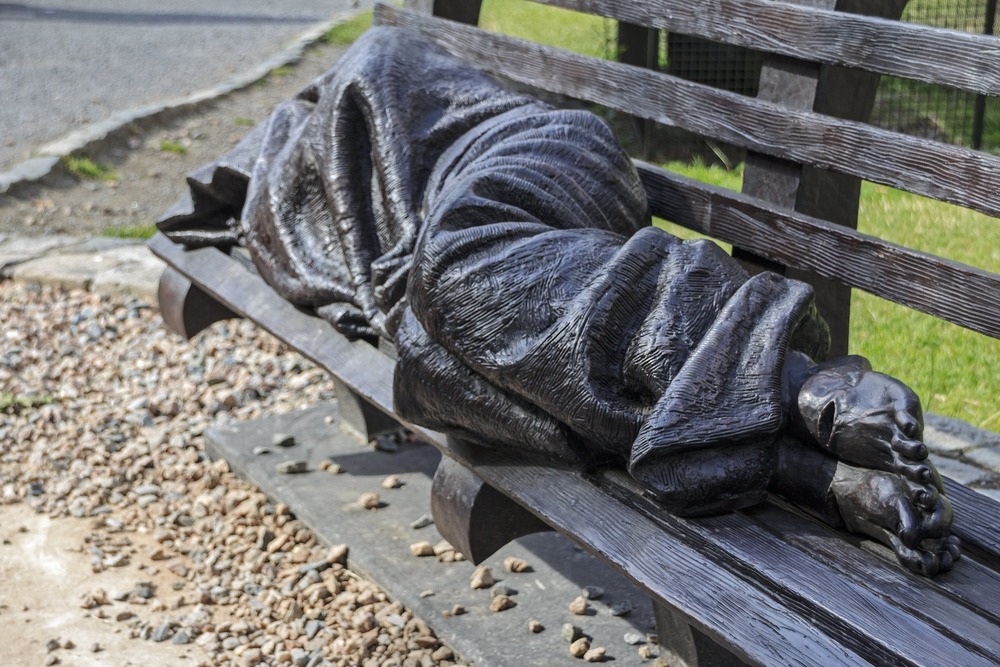