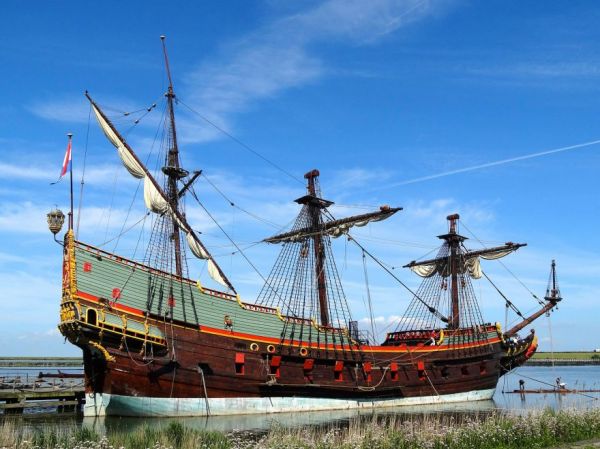 In 1628, the Dutch East India Company launched their new flagship the Batavia on a journey to, believe it or not, Batavia (now Jakarta, Indonesia). The ship carried sailors, soldiers, and passengers, 330 people in all, as well as stores of silver coins to trade for spices, and provisions for the journey. Several of the men aboard longed for riches and adventure beyond the company’s plans. There was an attempted mutiny on board, right before the Batavia crashed against a reef 70 kilometers off the coast of Australia. Most of the survivors were were evacuated to the nearby islands. The ship’s commander Fransisco Pelsaert, skipper Ariaen Jacobsz, and 50 others set out on a longboat to find help. They left 225 people on the islands. The ship’s officers would not return for three months.

With Pelsaert and Jacobsz gone, the highest-ranking officer on the islands was none other than Jeronimus Cornelisz, who, despite having no sailing or military experience, appointed himself leader and assumed command of an elected Council of survivors. While this might have made sense at the time, there was the minor problem that Cornelisz was a raging psychopath and would soon turn the tiny islands into hell on earth.

Cornelisz was paranoid about the mutiny, and set about eliminating all witnesses. But first, he exiled the remaining soldiers to a different island under a ruse, which eventually turned into a full-blown war between the islands. Only 92 people were left when their rescue arrived, and even fewer by the time they were all transported to civilization. Read the horrifying story of the Batavia at Today I Found Out.