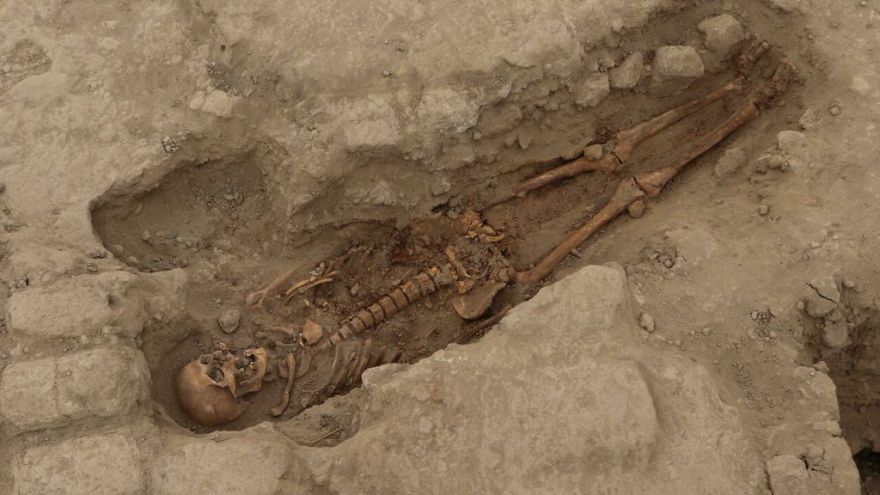 Archeologists have discovered human bodies at Huaca Santa Rosa de Pucalá, northwestern Peru. Out of the total 29 bodies, four of them were reported to represent the region’s first examples of human sacrificial offerings. According to Edgar Bracamonte Lévano, the excavation’s director and research archaeologist with the Royal Tombs of Sipán museum, the ‘offerings’ were two children, one teenager, and one adult– which were estimated to have been entombed approximately 1,000 years ago.

In addition to human remains, the excavation unearthed skeletons of different animals– eight guinea pigs, several alpacas, and llamas, all believed to have been sacrificed along with the human bodies. Learn more about the discovery here.