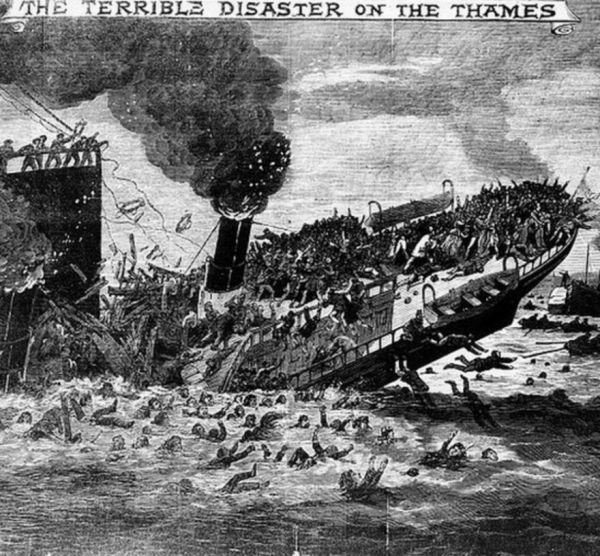 Britain’s worst inland waterway disaster was the sinking of the SS Princess Alice in the river Thames. This happened in 1878, when the ship collided with the larger Bywell Castle. The Princess Alice was broken in two, and sank quickly. More than 600 people drowned. The crew of the Bywell Castle rushed to save as many people from the river as possible, and local boatmen from both shores joined in the effort. They managed to pull 130 survivors from the water. Curiously, dozens of the survivors became ill afterward, and 16 more people died within two weeks of the wreck.

The collision happened near two of London’s sewage pumping stations, only an hour after they had pumped 75 million gallons of sewage into the river. The water was also polluted by factories up and down the river. The accounts of survivors of the Princess Alice described the horrible condition of the water from which they were pulled. Descriptions of those who drowned were pretty grim, too. The wreck itself led to inquiries and lawsuits in which it was determined that both ships were at fault. It also led to discussions in Parliament over sewage treatment practices and changes in the way London’s wastewater was handled. Read the story of the SS Princess Alice at Amusing Planet.