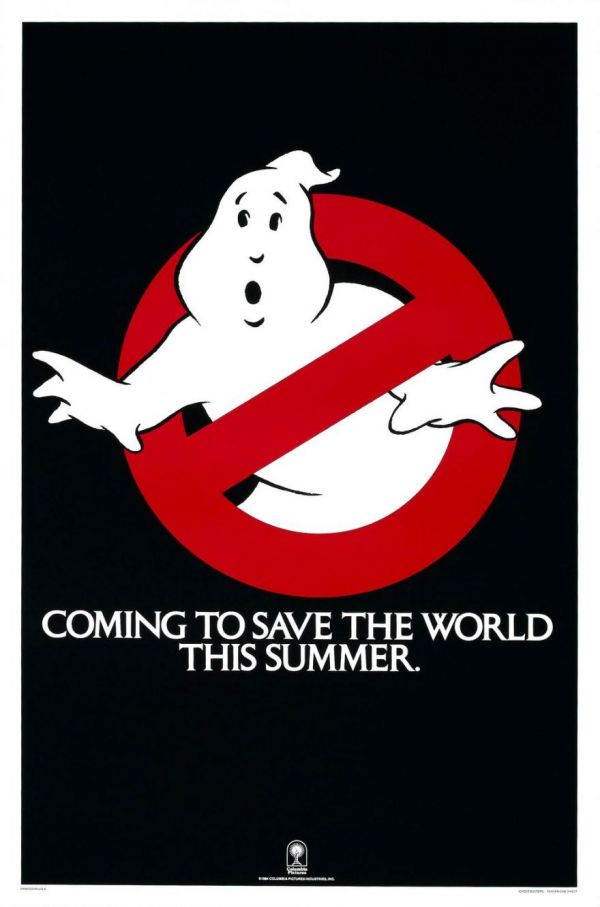 Like many branding logos, the familiar Ghostbusters icon went through a lot of changes before the filmmakers settled on a final design. But it wasn’t designed for marketing purposes- this one was part of the prop department. The ghost with a red line was going to be a logo used in the movie for our heroes’ ghost extermination business. It turned out pretty good considering how little time was spent on it.

But again, this was going to be a relatively small logo you’d only see on the costumes, outside the fire station, and on the side of the Ecto-1. So the art department “didn’t think twice about it,” because they had a buttload of other stuff to design. But when it came time to release the movie’s first teaser poster, there was a problem. The studio, Columbia, hadn’t obtained the rights to the title Ghostbusters, which was still owned by a short-lived 1970s children’s show, nowadays best remembered for ruining the Saturday mornings of every 1980s kid who didn’t read their TV Guide closely enough. (Younger readers: TV Guide was a tiny magazine you had to buy so you knew what was playing on TV. The past was awful.)

Because of this legal snafu, Columbia desperately needed a way to advertise a movie without using its title. The solution ended up being slapping Gross’ final logo on the poster.

It was a brilliant marketing move, even if they didn’t realize it at the time. Just a workaround to avoid a lawsuit. However, they got a lawsuit anyway that didn’t have anything to do with the Ghostbusters name. Read the rest of that story plus the evolution and stories behind three other movie logos at Cracked.

Rating The <i>Ghostbusters</i> Logo Only Became Famous Because Of A Legal Screw-Up is 5.0 / 5 Votes: 2
Please wait...
Loading...
Related articles

Are We Getting Closer To Pilotless Jets?