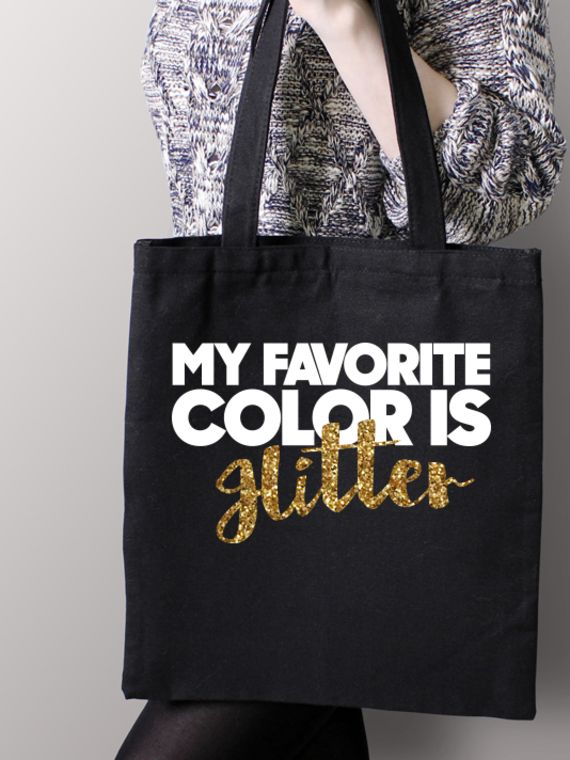 You may have seen this image of a tote bag by BelleChic passed around the internet last week. What does it say to you? It’s supposed to say “My favorite color is glitter,” which doesn’t seem like something you’d really want to broadcast. However, at first glance, many people saw “My favorite color is Hitler.” That’s not good at all. The fancy lower-case “g” that doesn’t dip below the baseline looks a lot like a capital “H” when combined with the “l.” The crossed “t” is somewhat obscured by its convergence into the baseline of the word “color.” BelleChic was appalled at this interpretation, as apparently no one in the company saw it through the design process, or in the year the bag has been sold. But they responded quickly.

Matt Molen, Chief Marketing Officer for BelleChic, responded to the backlash confirming that the original design had been pulled and the new product’s font has been updated. “While I realize that most of the social media buzz and commentary has been tongue-in cheek, the type of abhorrent sentiment conveyed as part of the misinterpretation absolutely does not align with our company values, nor is it something we would ever want to encourage or support,” Molen tells Allure. He also noted that BelleChic has been selling the product for over a year, and the company has never had issues with it before.

We are beyond embarrassed about the design of our GLITTER tote bag. We replaced it with a new design. Hope you like this one better! pic.twitter.com/1ZXGAOcnGj

The new lettering uses a capital “G” that does not connect with the “l” and the word “glitter” has been moved further away from the word “color.” Kudos to the company for acting on the controversy as soon as it was pointed out. Still, you have to wonder why it took everyone so long to see what seems so obvious now. Font choice and layout really do matter. -via reddit