What Charles and Ray Eames were to American mid-century furniture, Bernd and Hilla Becher were to German mid-century art photography. The duo, who met as art students in the 1950s, became fascinated with industrial architecture and documented these structures for decades. 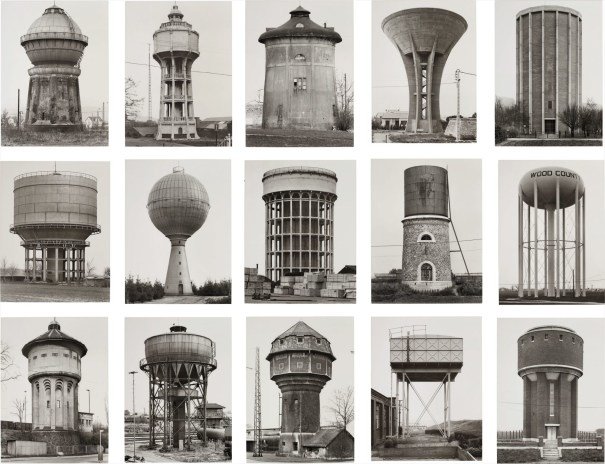 “Since 1959, Bernd and Hilla Becher have been tracing the man-made testimonies to the industrial era in Germany, Holland, France, Belgium, Great Britain and the United States and document both the production plants and the houses in these industrial areas in photographs,” writes Studio Mieke Meijer, a Dutch design studio founded by Mieke Meijer and Roy Letterlé. 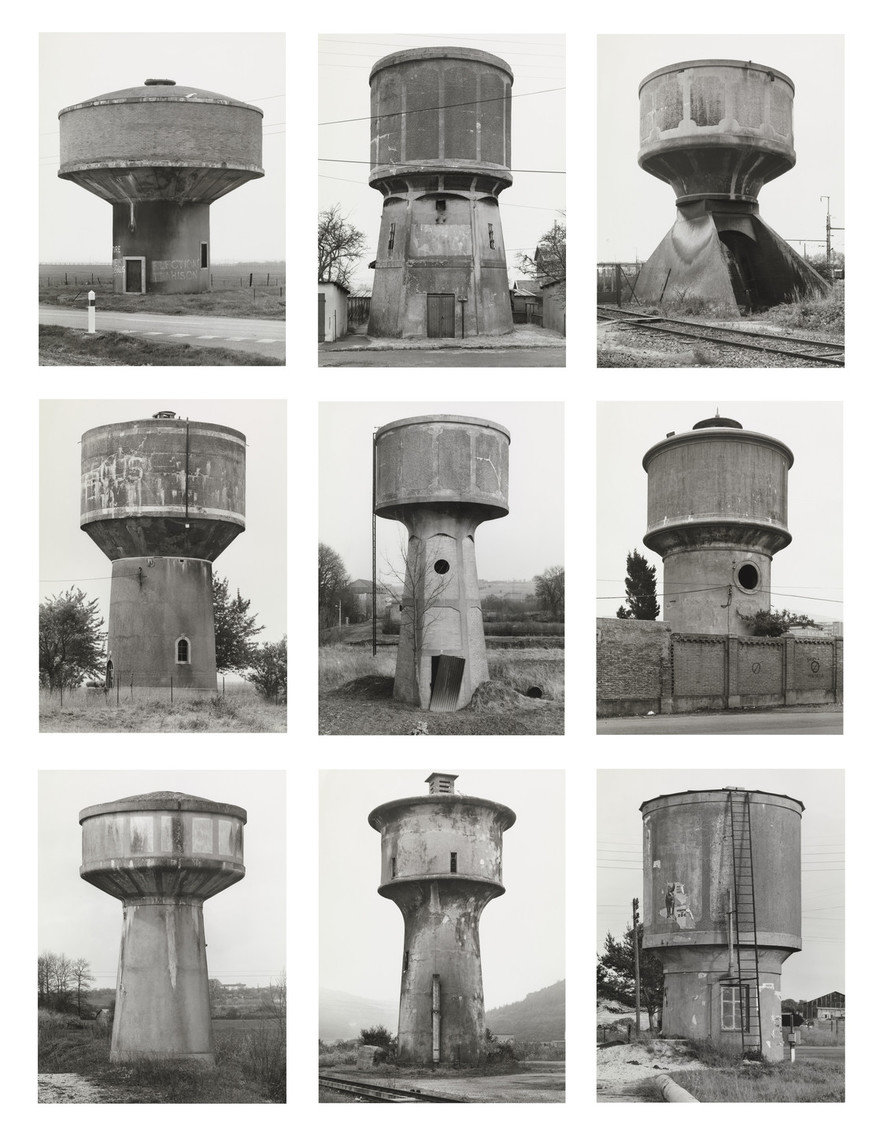 “Industrial buildings are a remarkable building type. The architectural shape is completely functionality based. In the 20th century, most of these buildings were taken down because they had served their purpose and were no longer a tenable economic proposition. That’s why the photographs of Bernd & Hilla Becher remain the only visual record of these ‘anonymous’ structures.” 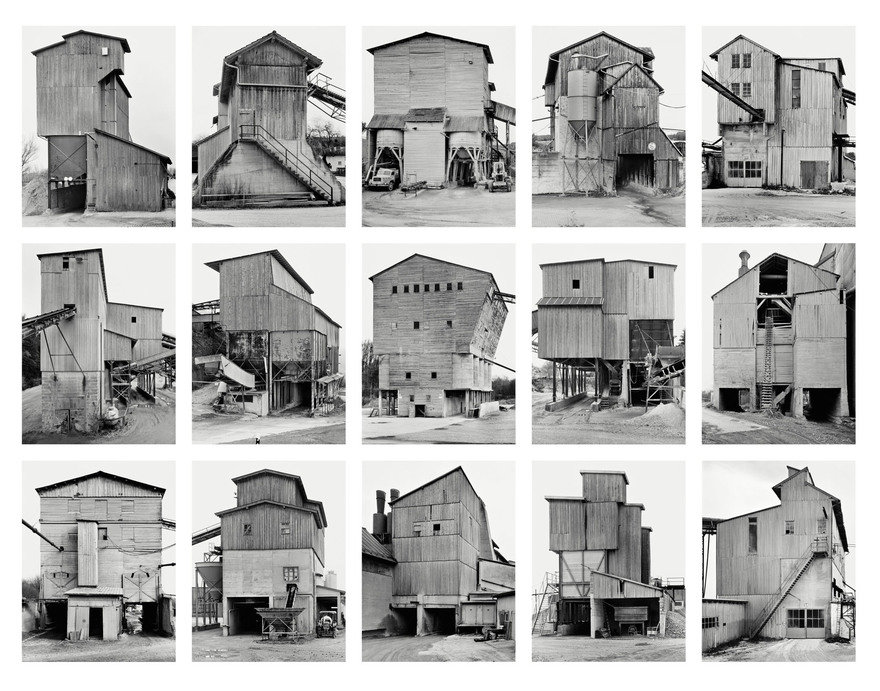 The studio was inspired by the Bechers’ photography to create their Industrial Archaeology series, starting with Gravel Plant 01: 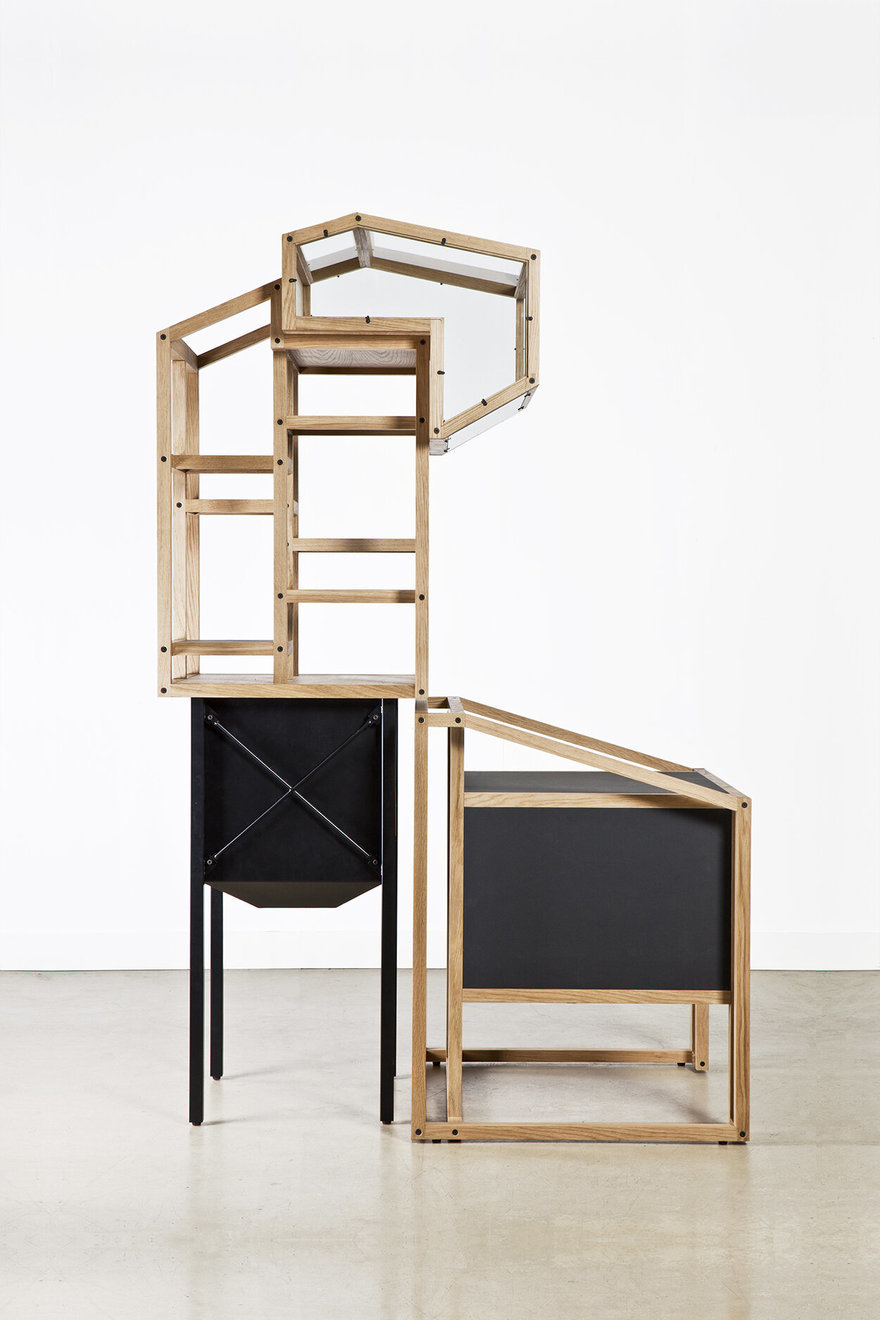 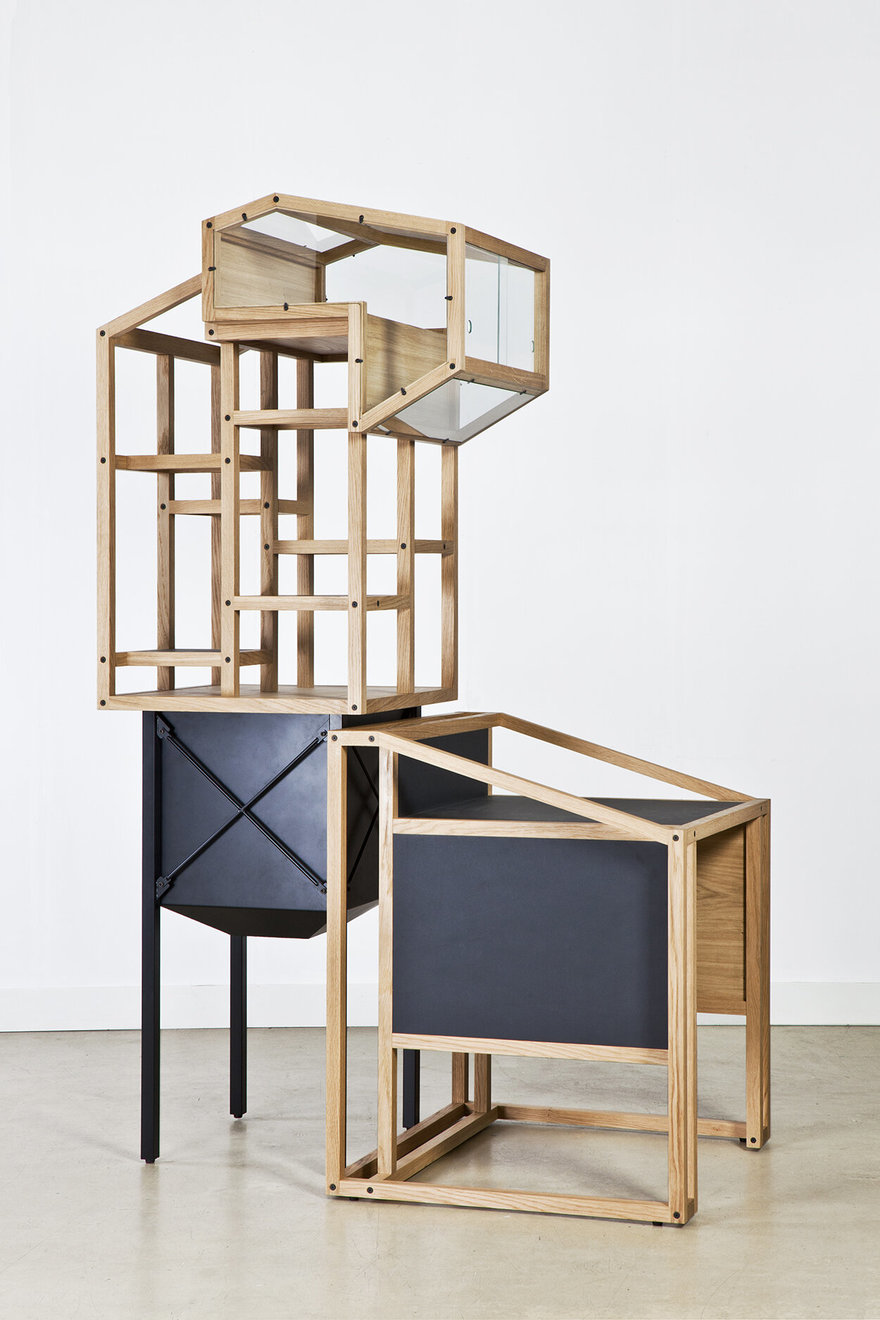 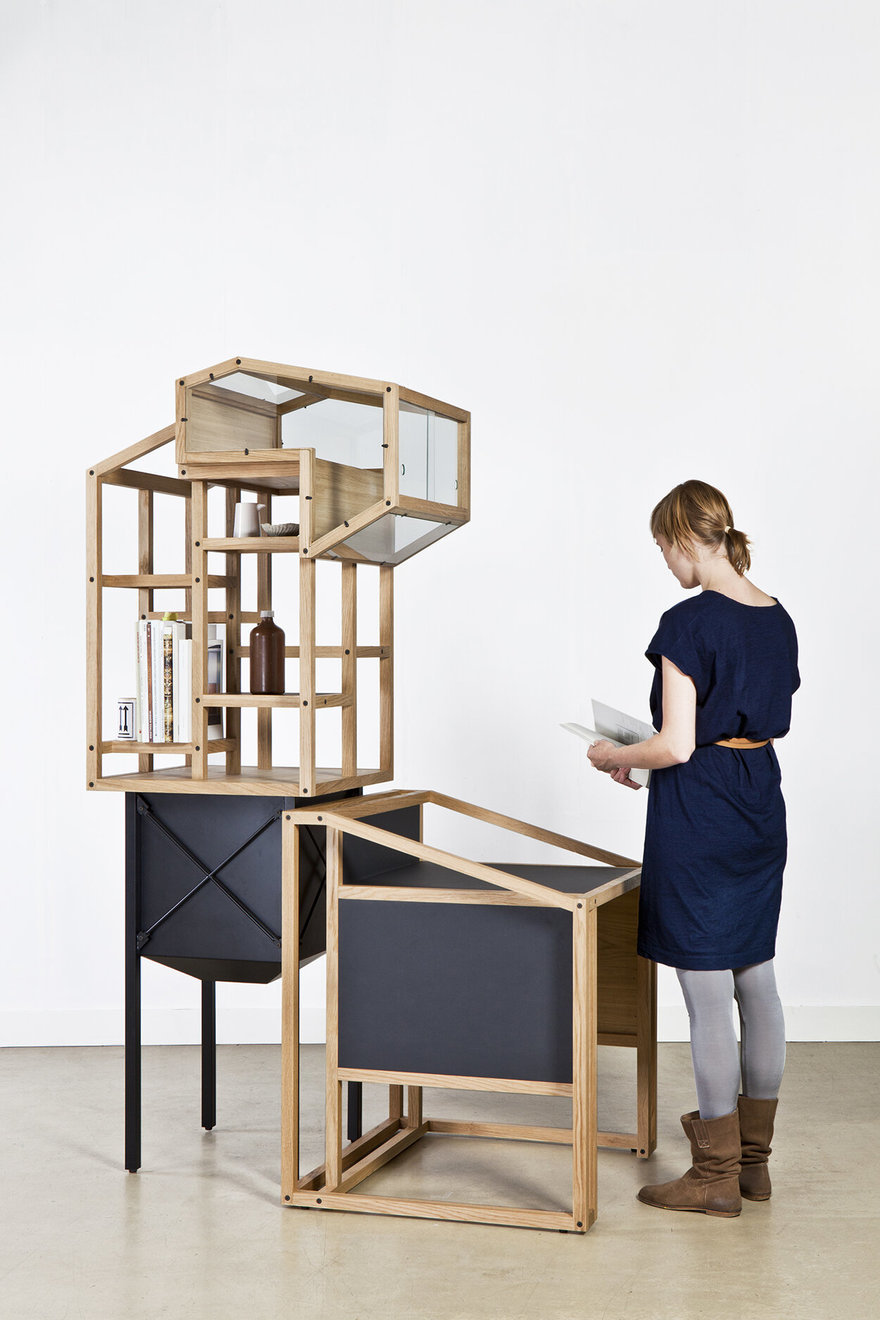 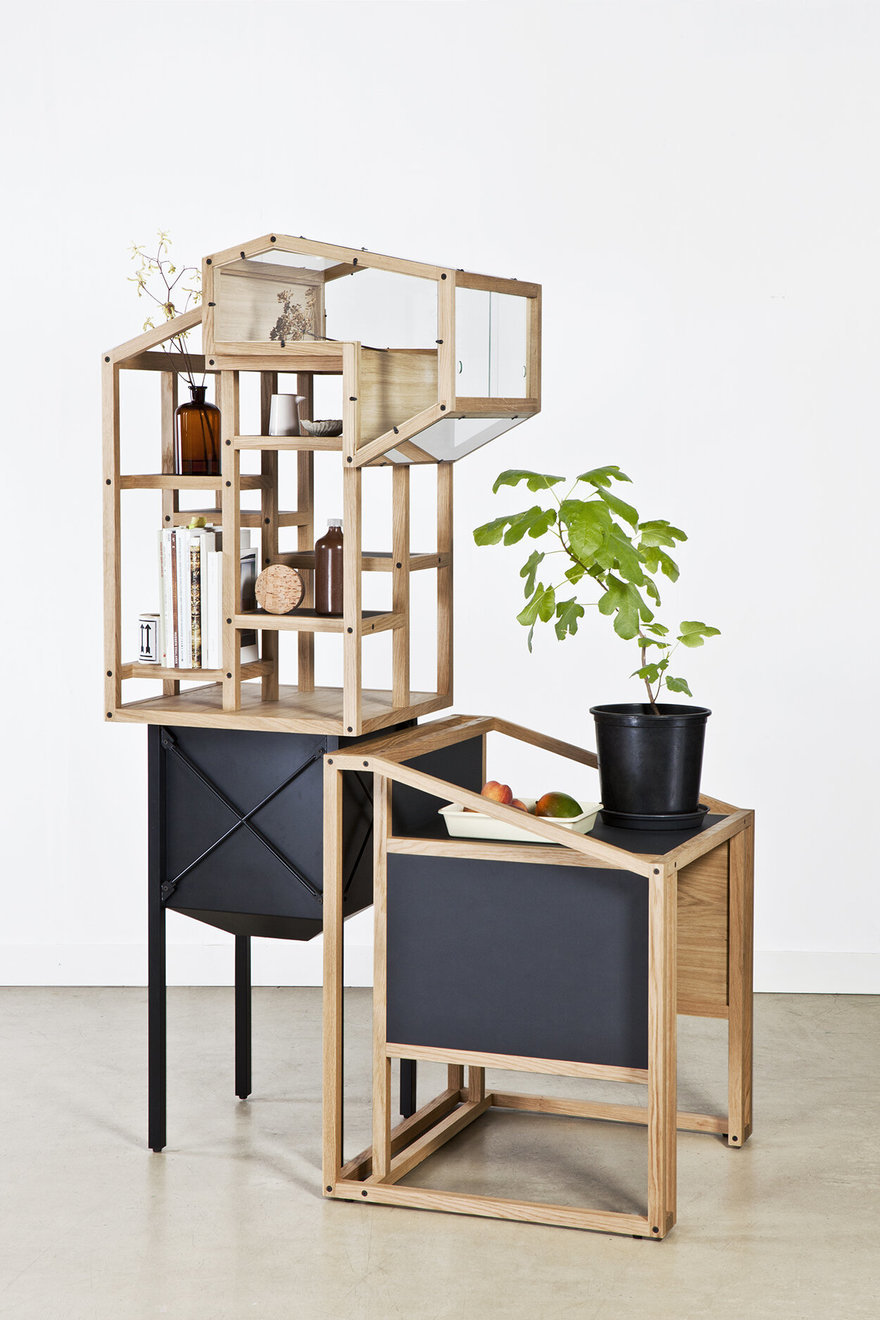 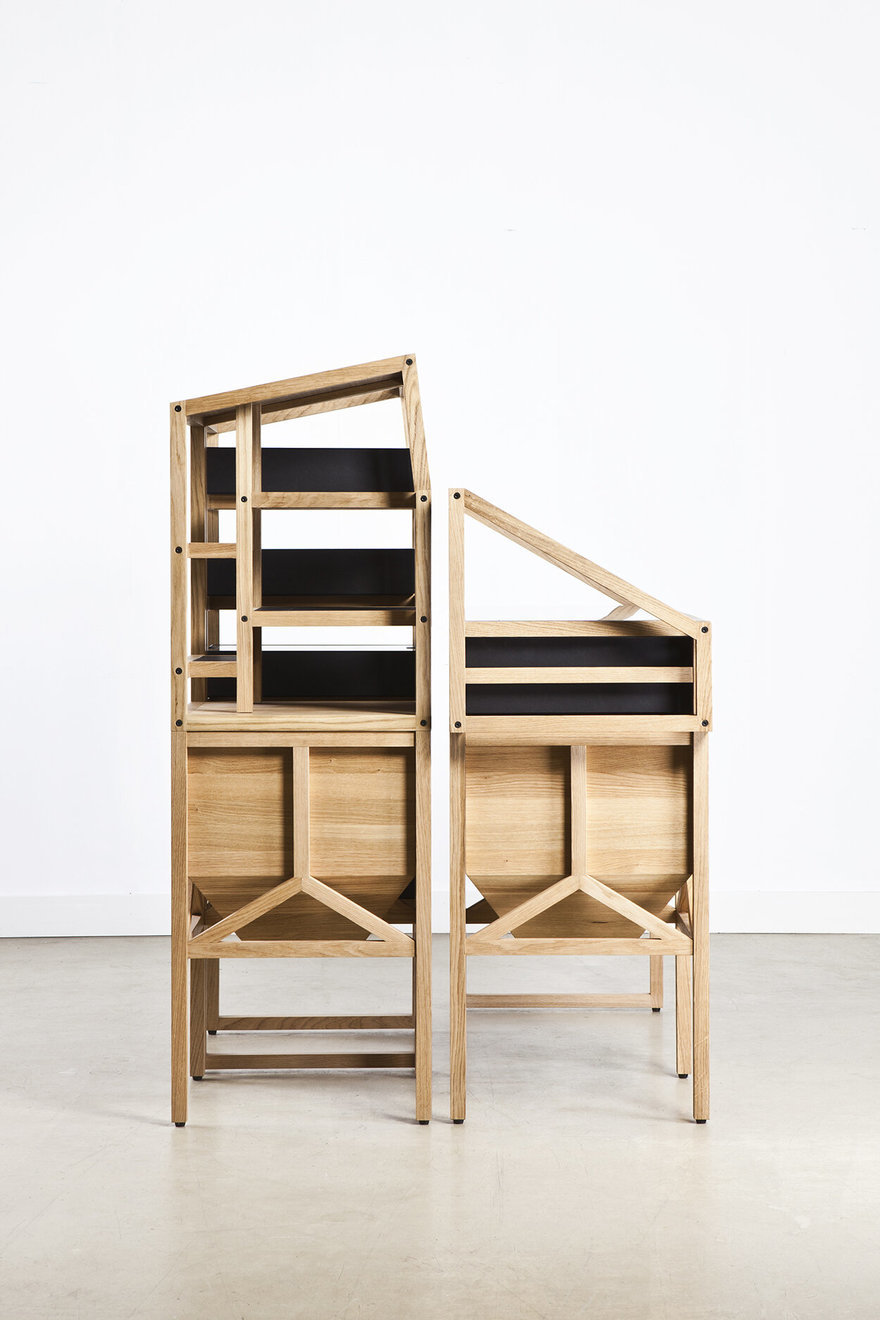 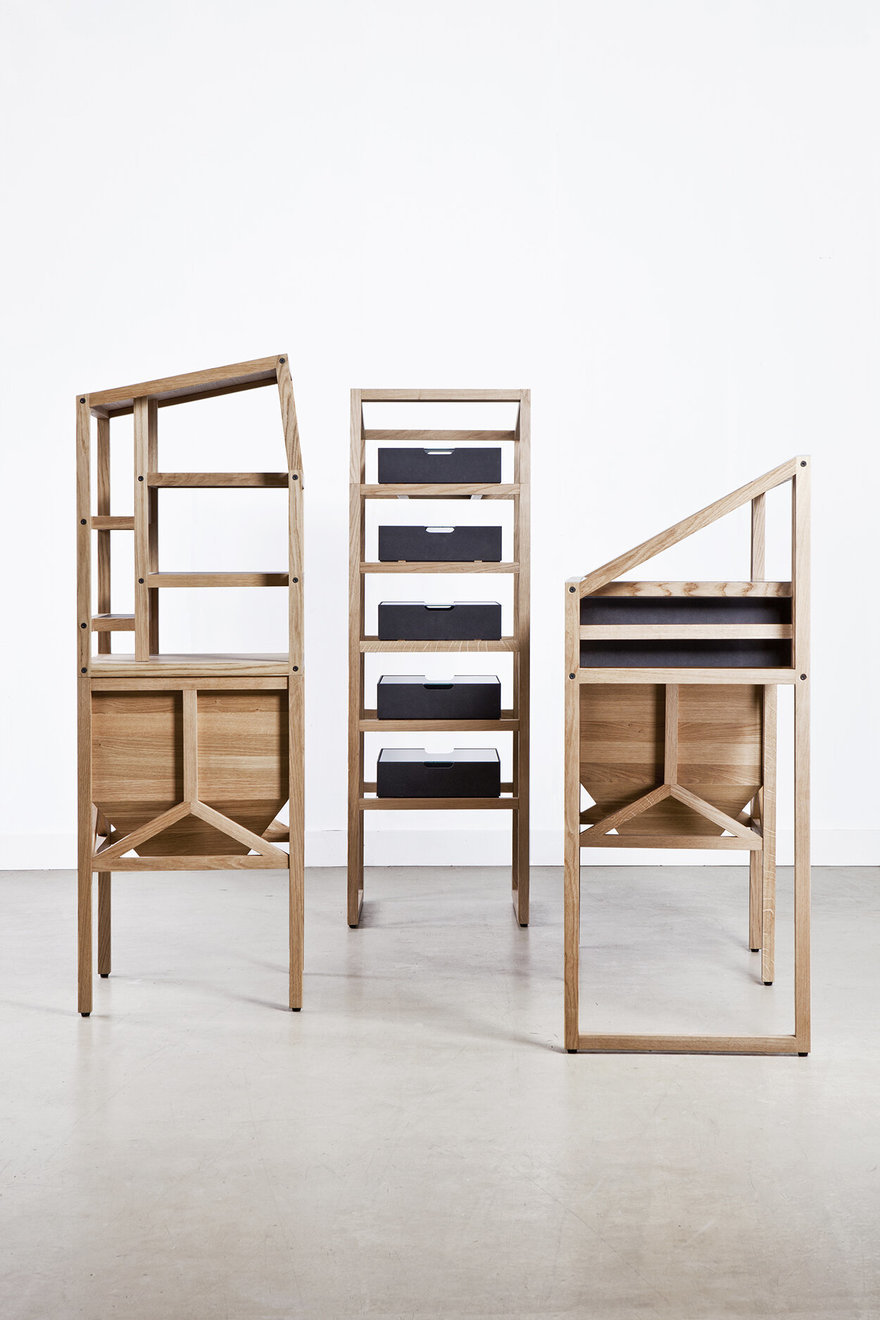 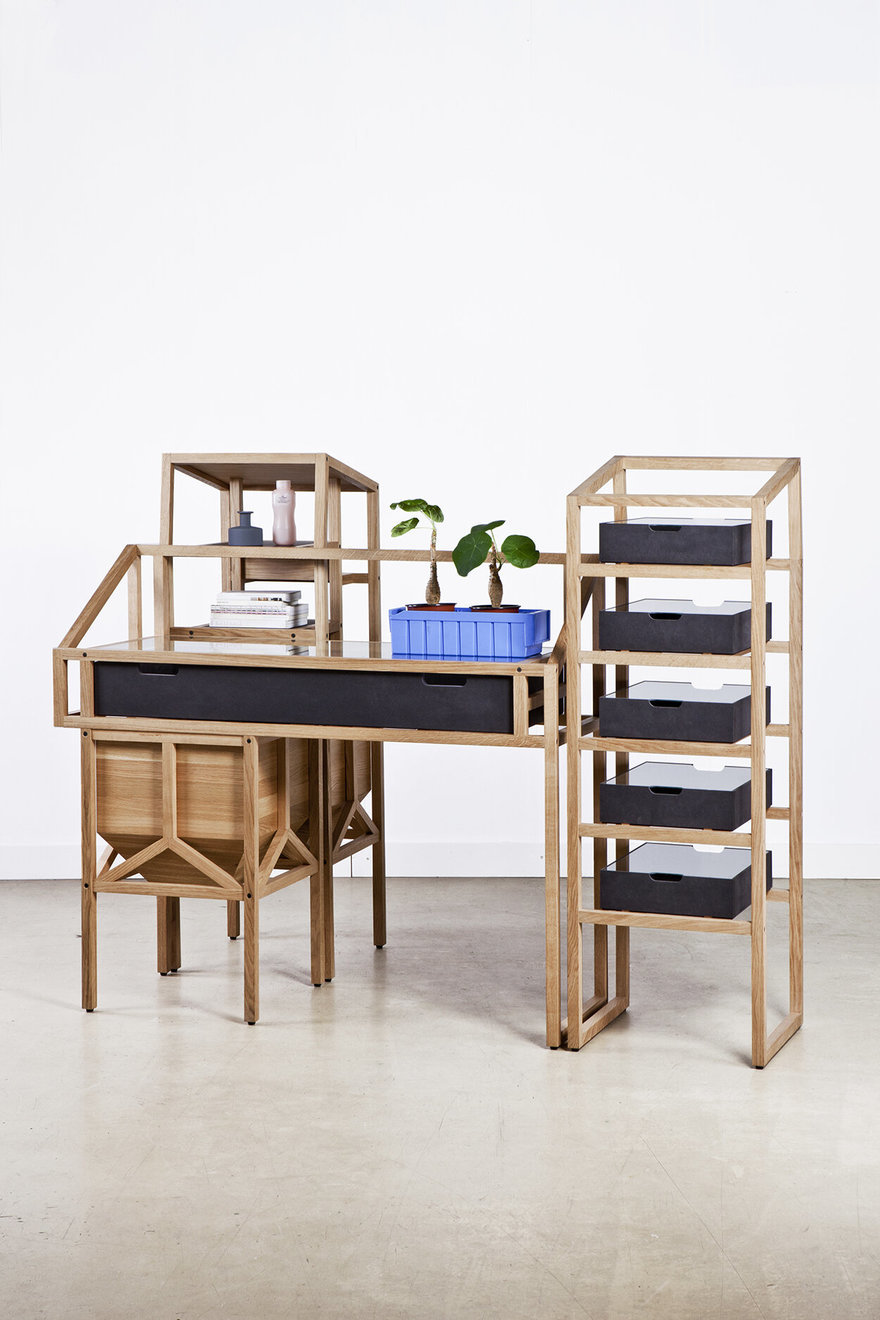 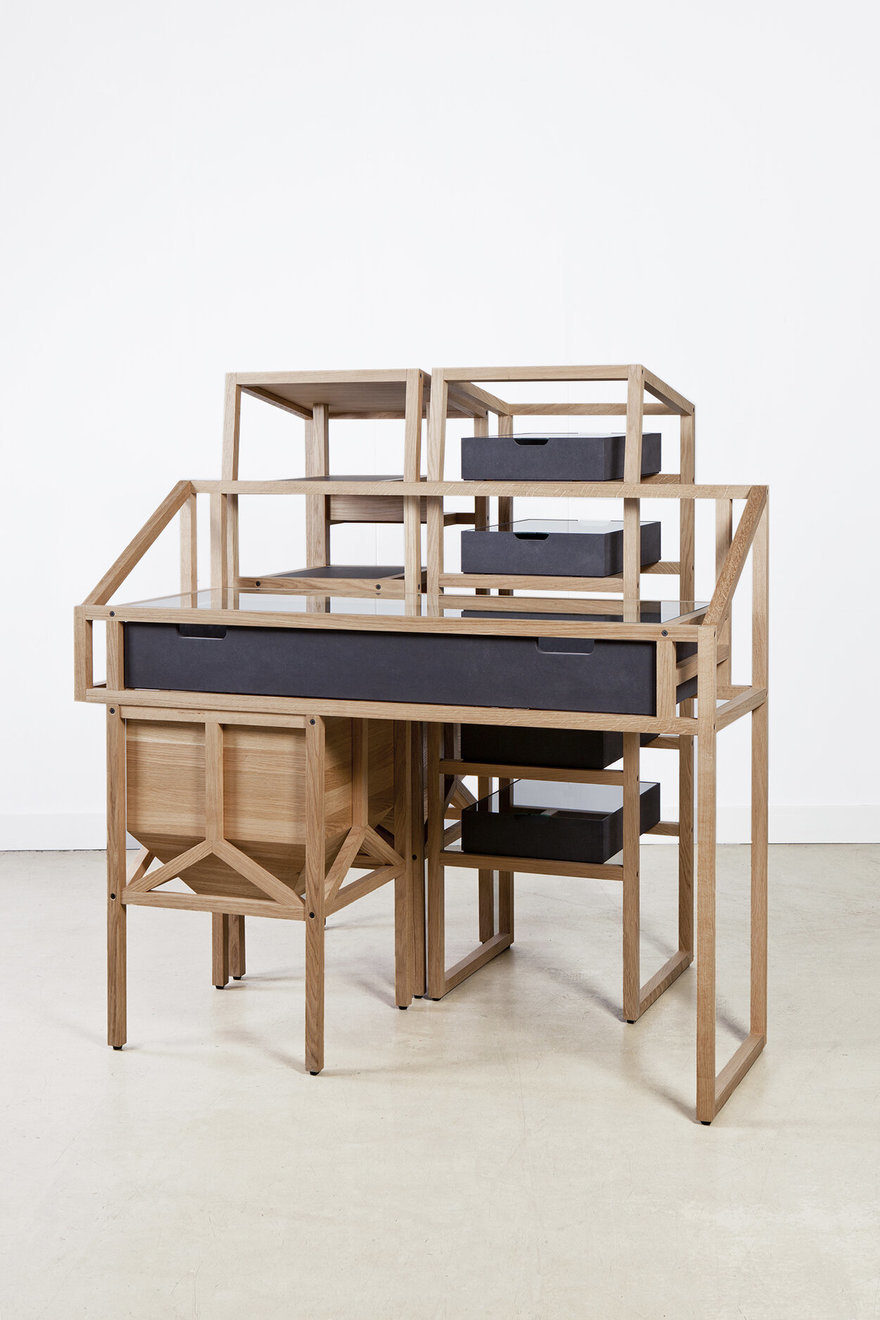 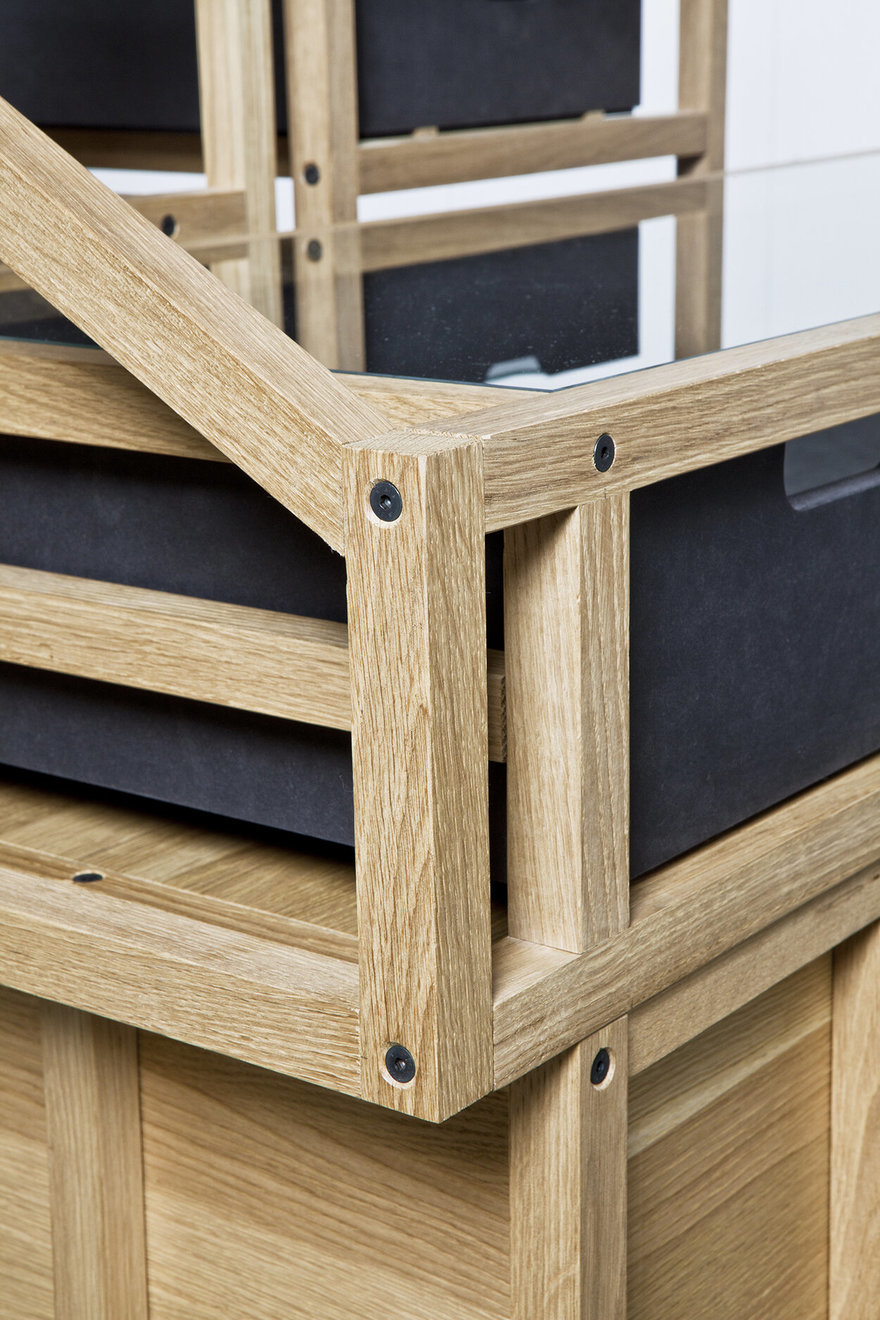 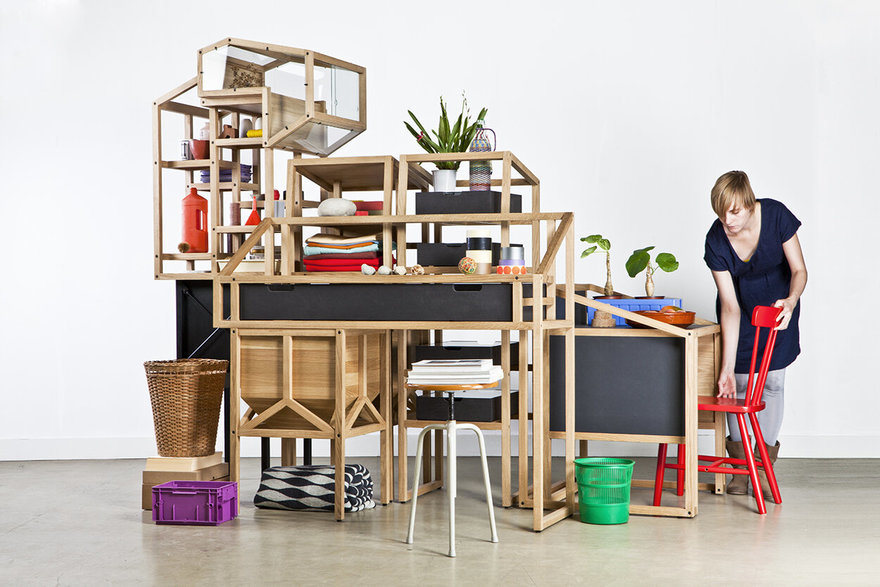 “The installations are inspired by the photographs of Bernd and Hilla Becher. The black and white images of the photographers couple are best known for their ‘typologies’- grids of black-and-white photographs of variant examples of a single type of industrial structure.

“Studio Mieke Meijer restores these disused industrial shapes into functional installations which enable studying, collecting and storing. Each piece is hand made to her own interpretation with outstanding attention to industrial details and skilled craftsmanship. The titles of the installations refer to their original function.”

The intriguging Industrial Landscape 01 is a functioning staircase installed at the Christian Ouwens’ gallery in Rotterdam: 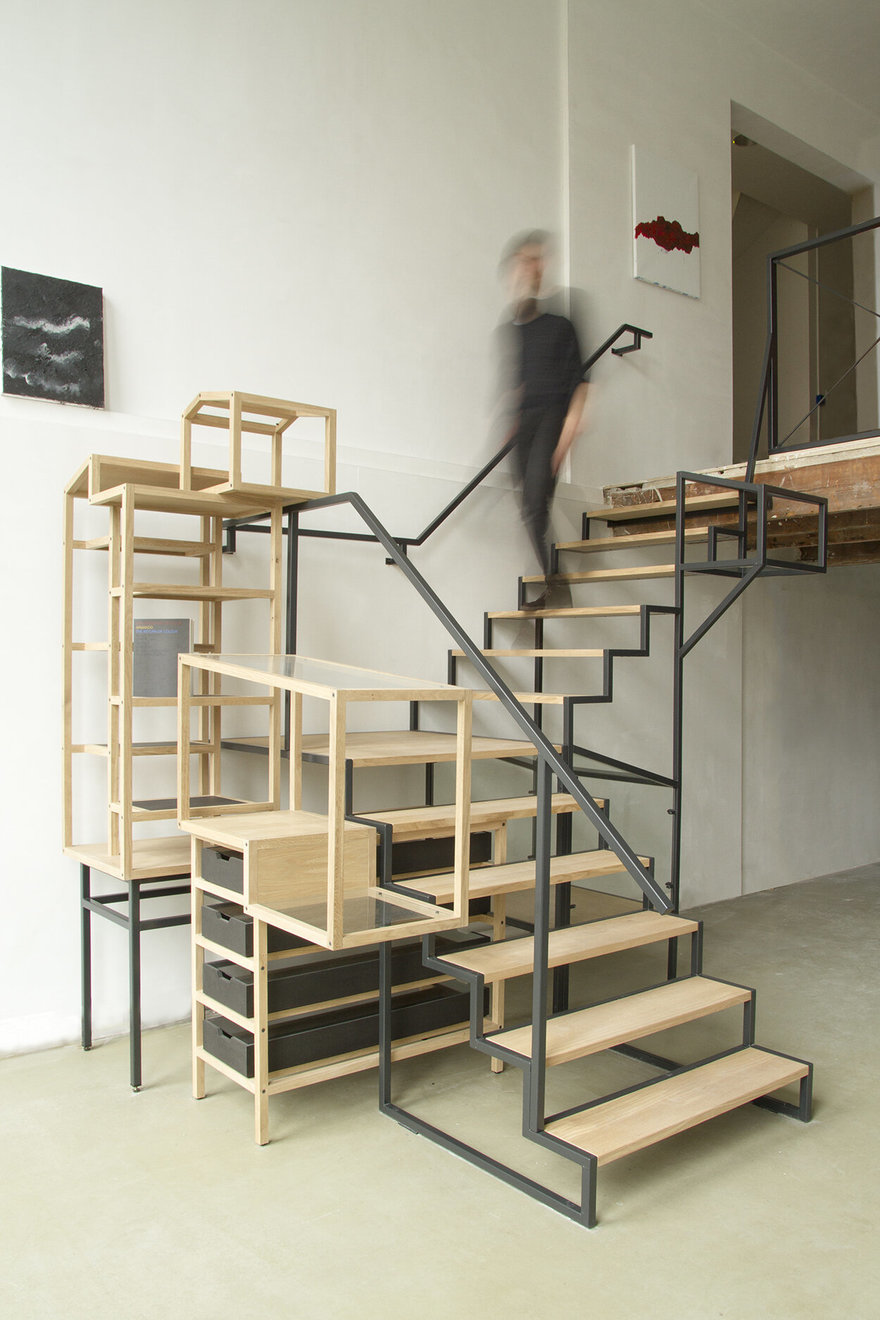 “The design of Industrial Landscape 01 was inspired by images of old quarry terrains where the landscape is dominated by the industrial installations build against the quarries’ slopes.” 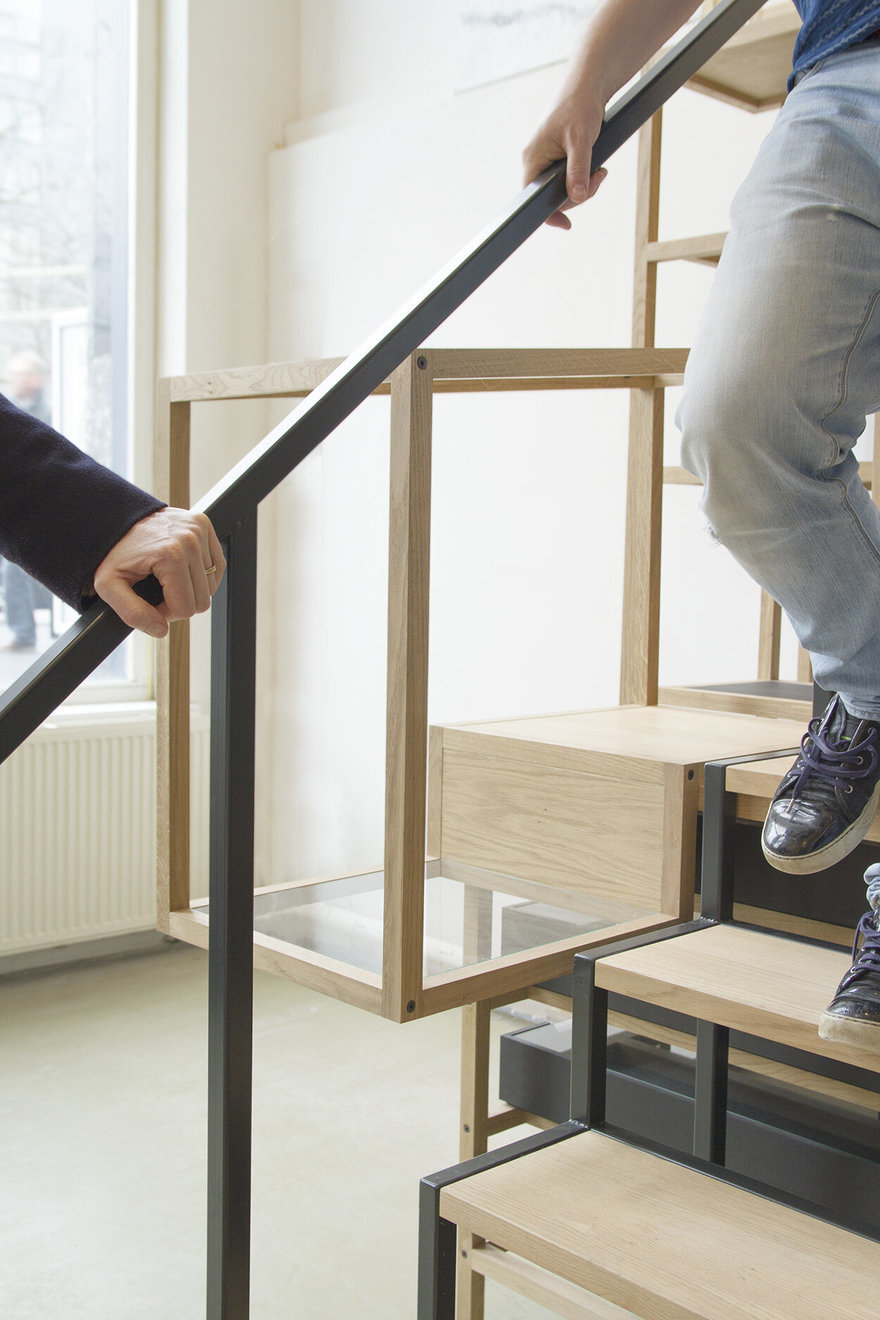 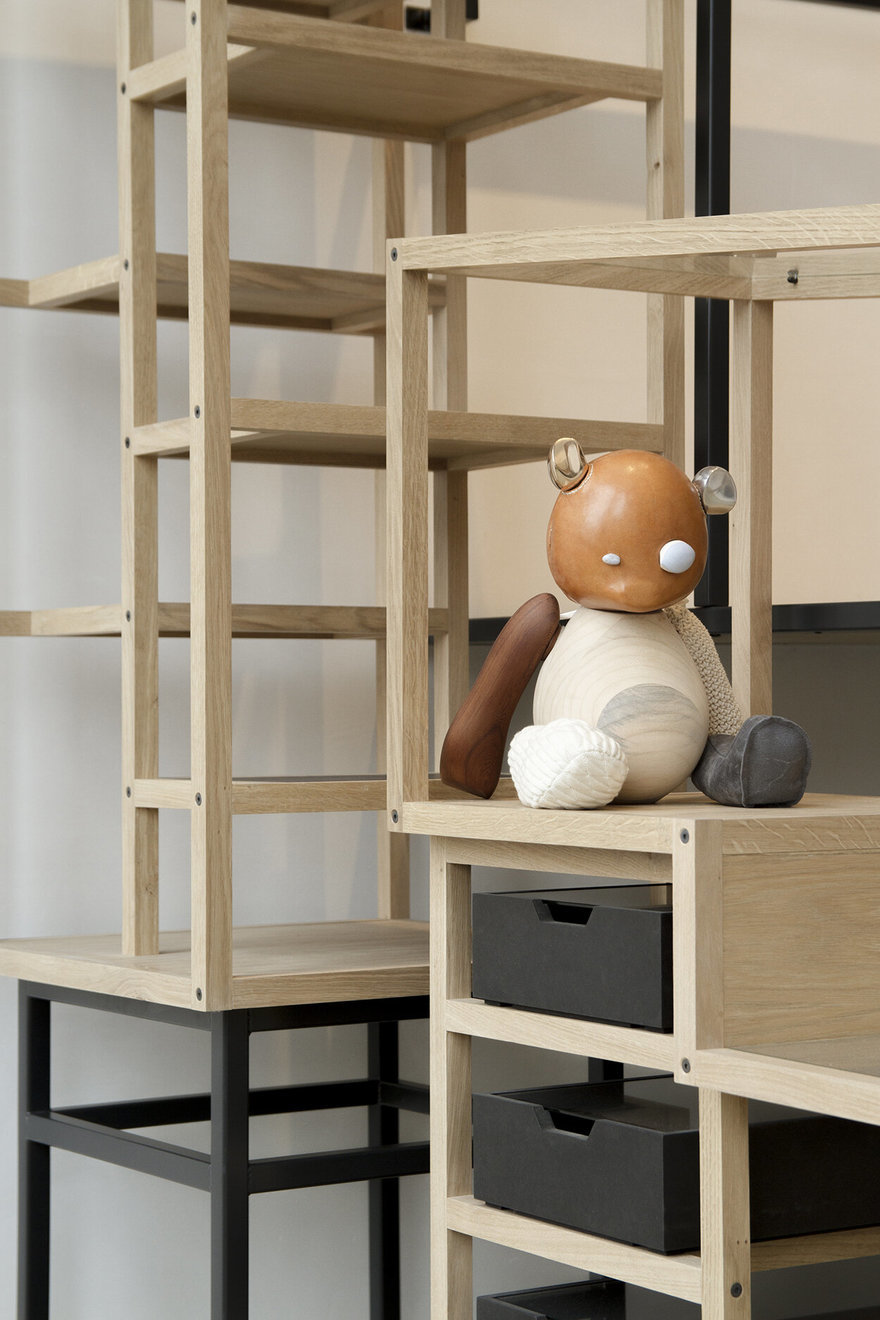 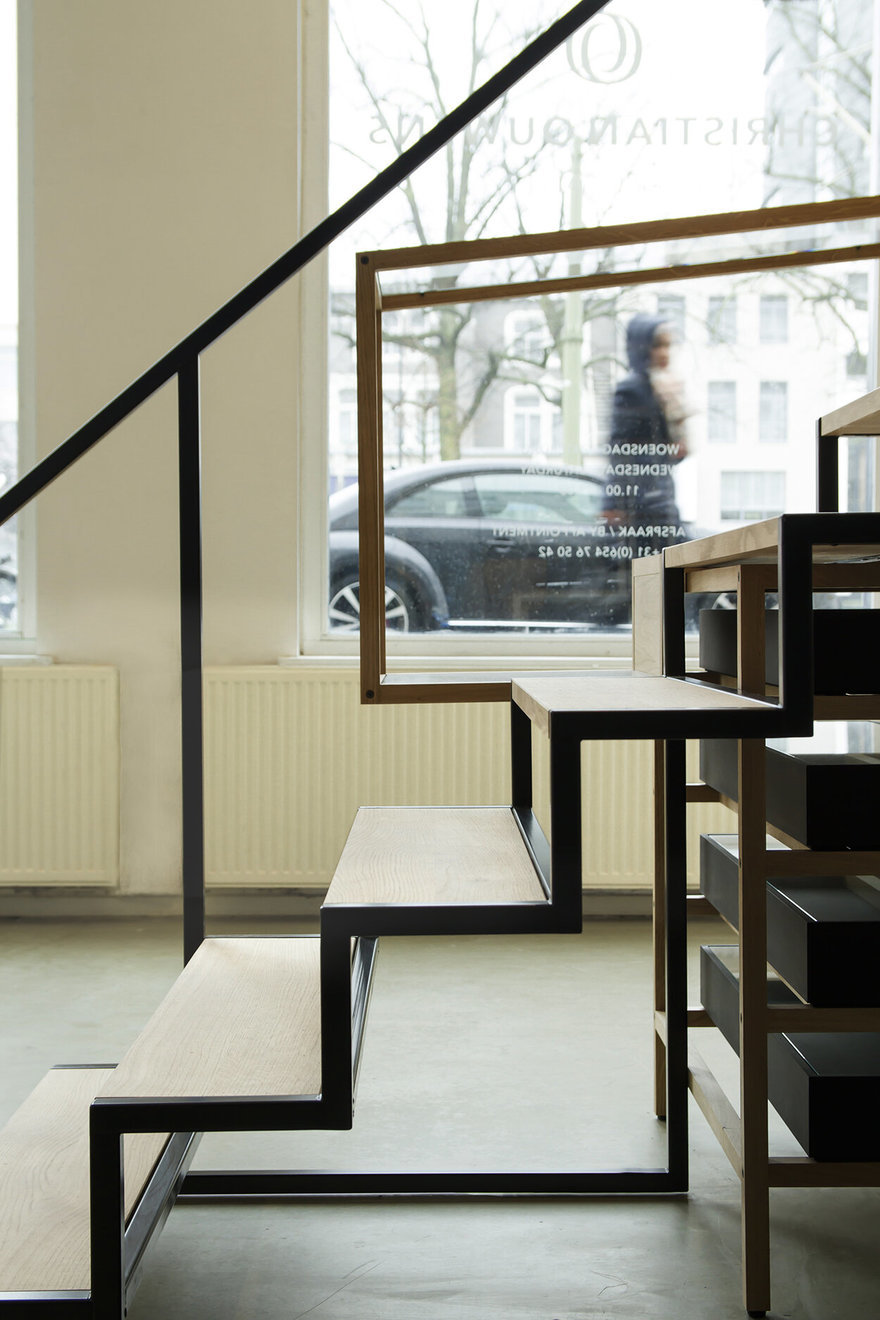 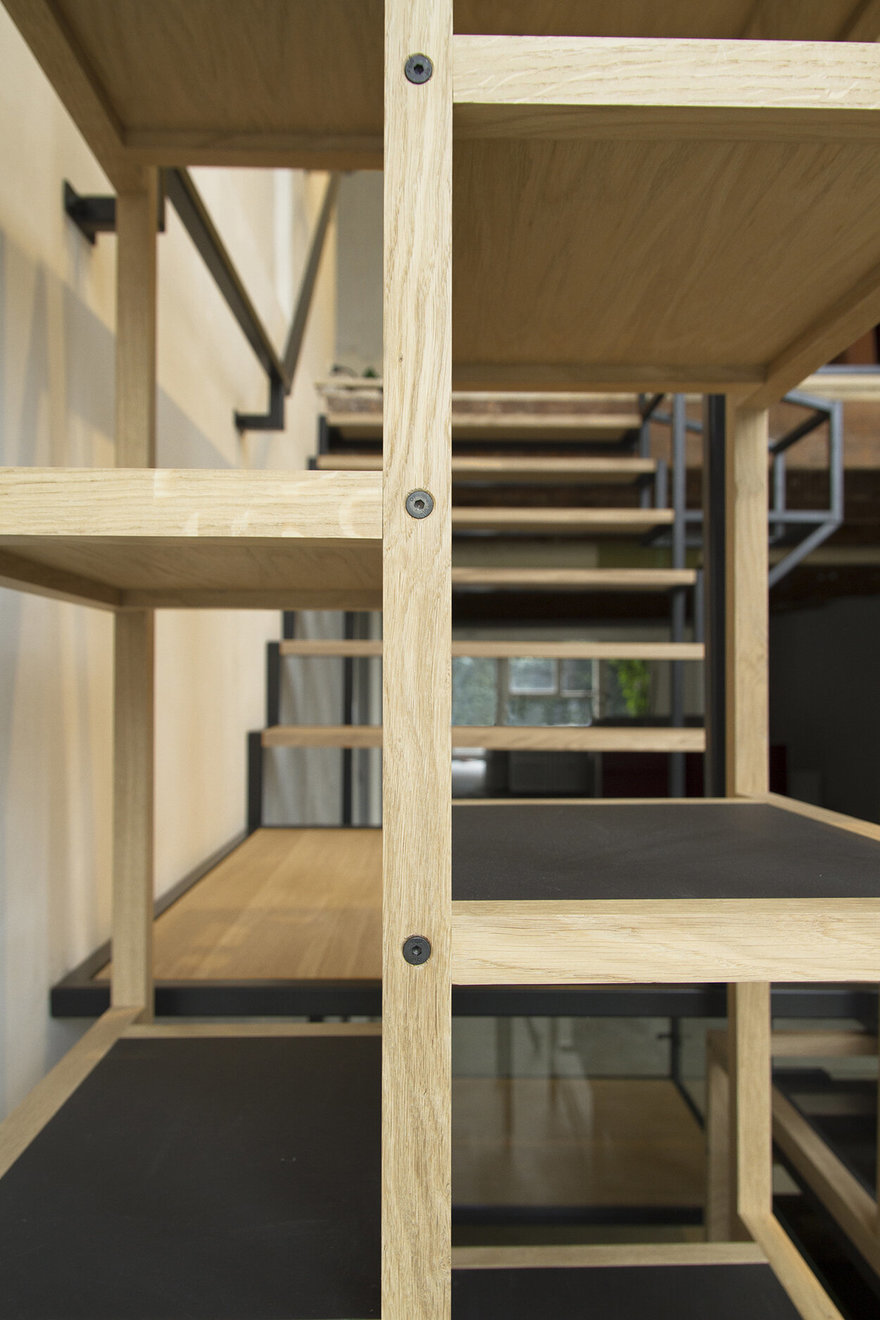 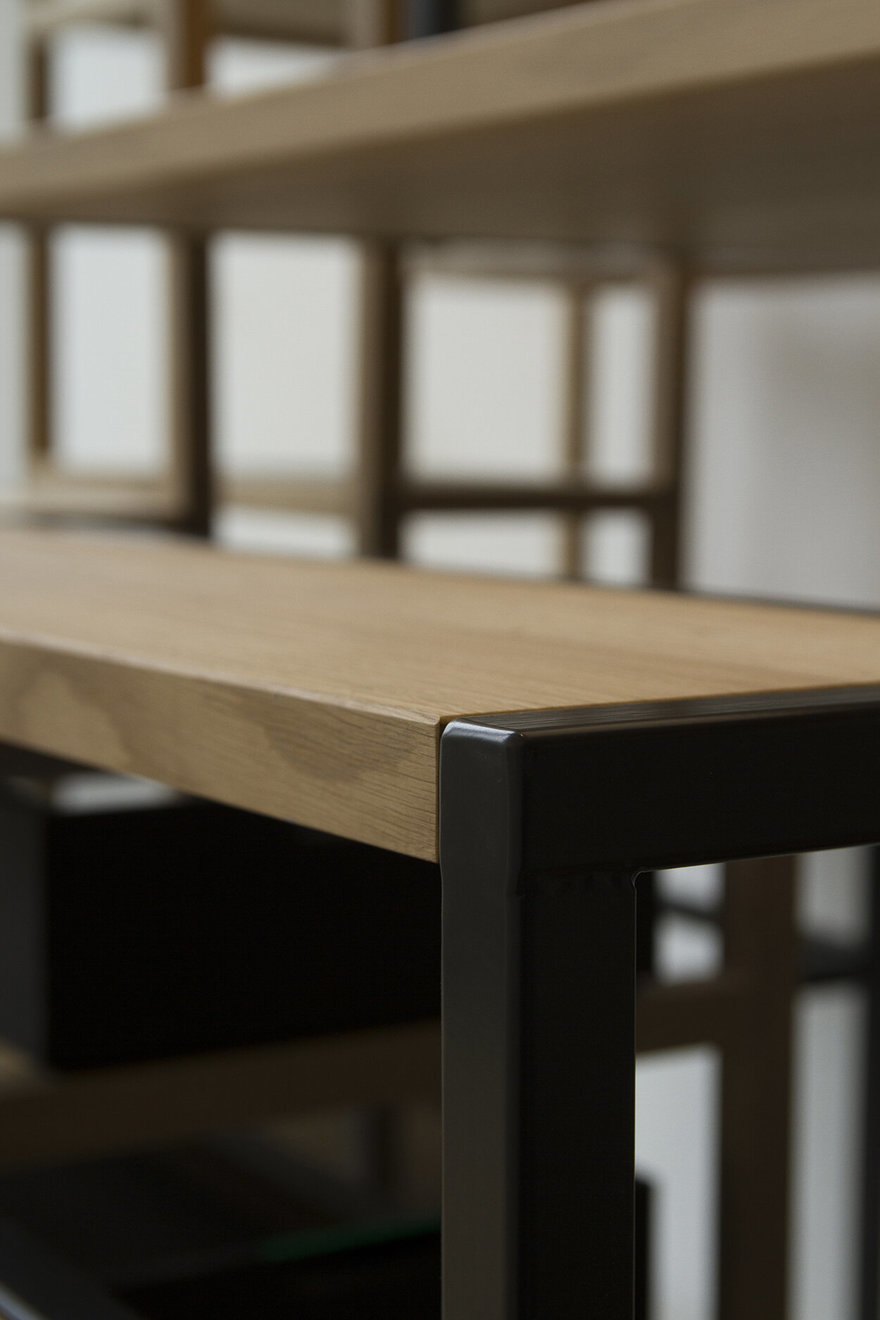 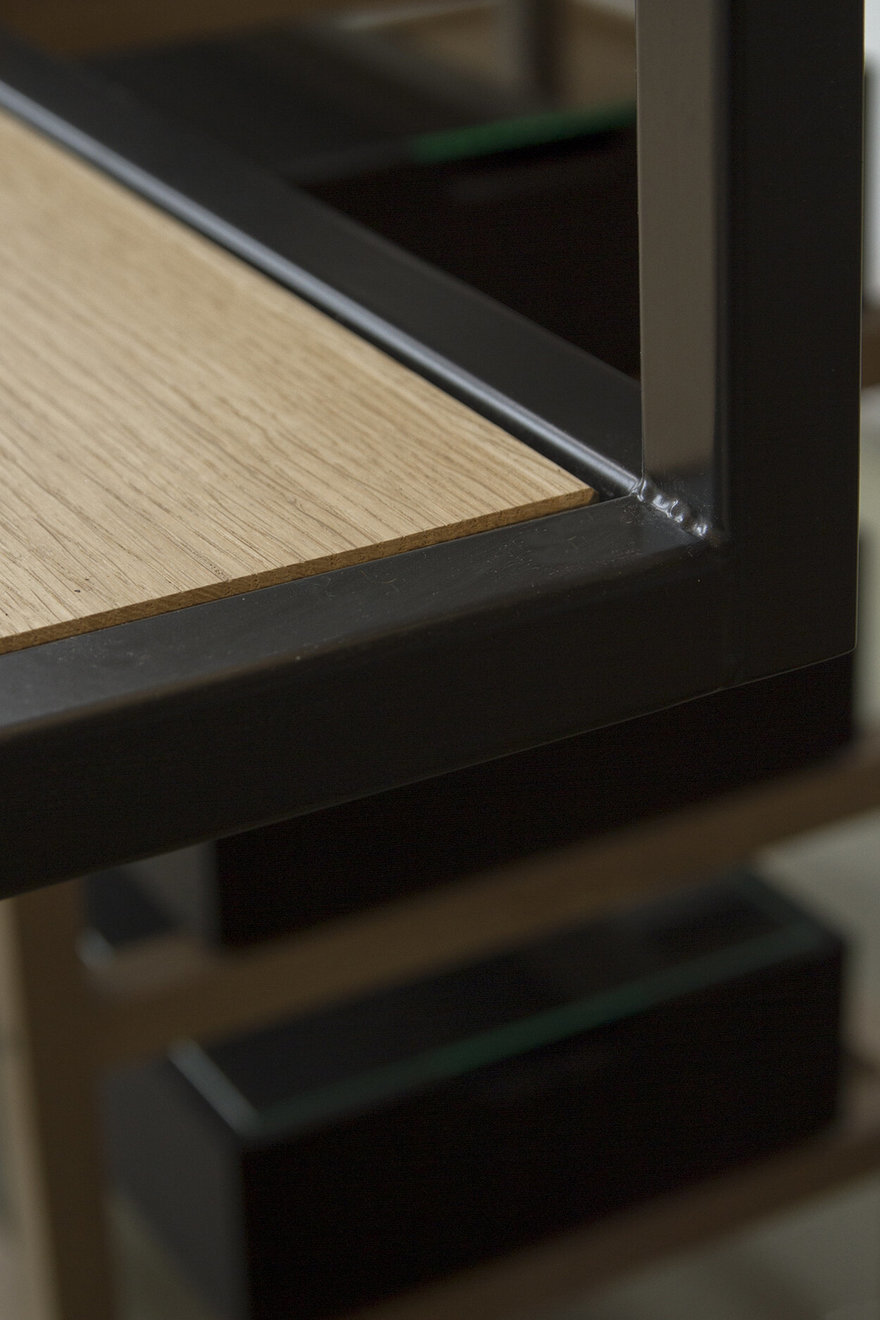 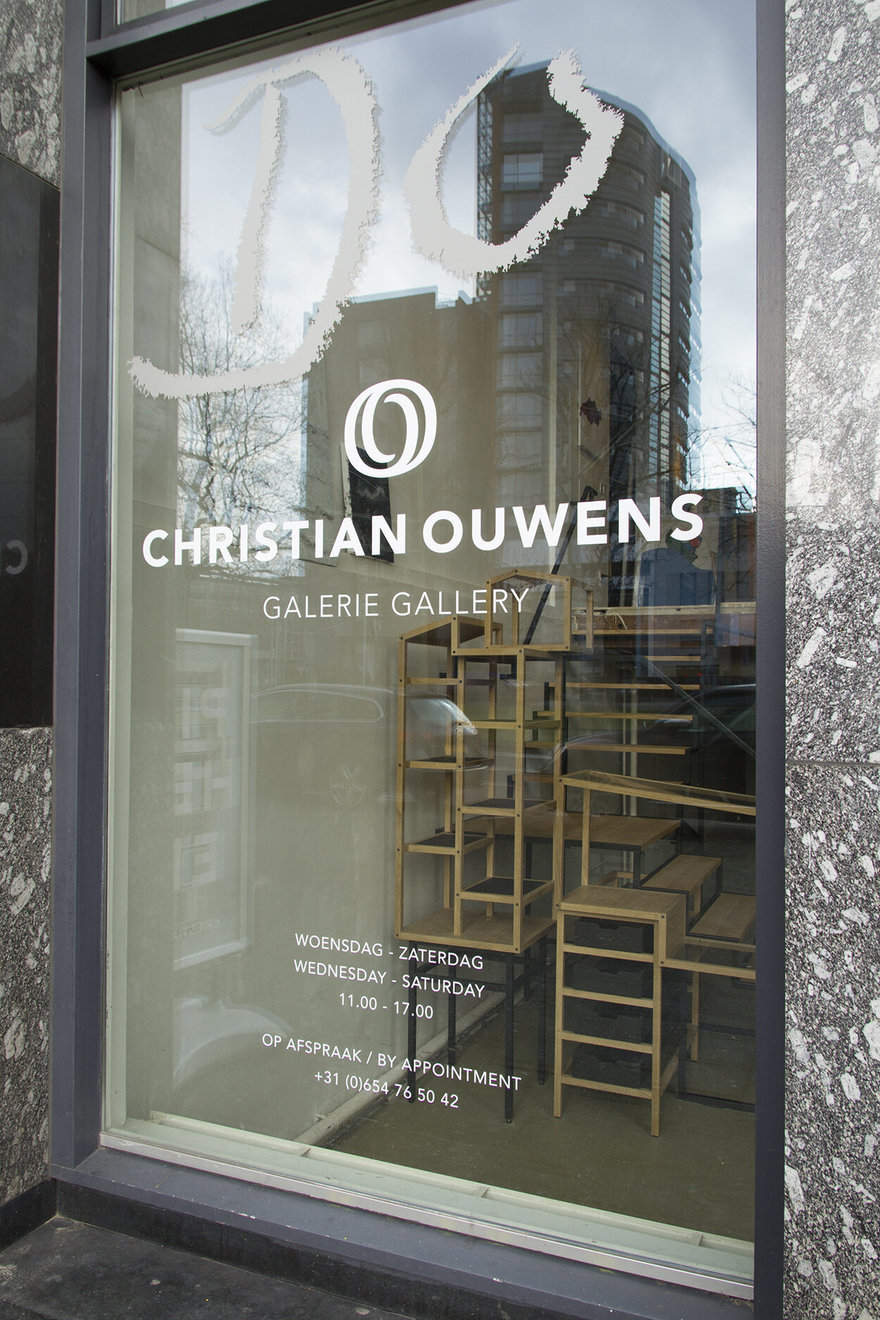 You can see more of Studio Mieke Meijer’s work here, and you can find a vast visual archive of Bernd and Hilla Becher’s work online.