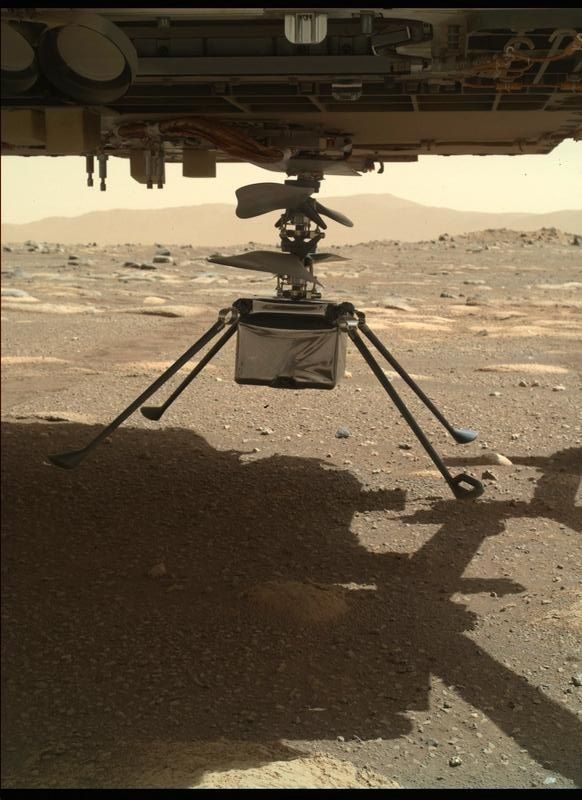 Like the butterfly whose days inside its cocoon are finally over, Ingenuity, the tiny helicopter that hitched a ride in the Perseverance rover, slowly unfolded itself and found its landing legs suspended just a few inches above the Martian soil. The unfolding process took about a week. The future looks bright for the first helicopter on Mars.

Next, the Perseverance rover will set the helicopter down in what will be the center of Ingenuity’s airfield, a 33-foot (10 meters) square section of Mars hand-selected by mission scientists to be as safe as possible for the little aircraft.

Then, Perseverance will drive away and give Ingenuity time to charge up its solar batteries. Mission personnel will run a series of tests on the helicopter to ensure its ready to attempt flight.

Ingenuity’s first flight is planned to take the helicopter just 10 feet (3 m) above the Red Planet’s surface and see the chopper hover for no more than 30 seconds before touching down on the now-unfolded legs.

NASA plans on having the Ingenuity’s first flight above the Martian in early April.