Losing your job can be extremely stressful. It typically comes as a shock, and it can leave workers scrambling to figure out how they will afford to pay rent, buy groceries and spend the next few weeks searching for a new job. The best thing a previous employer can do is try to make the transition time a bit smoother for the worker they terminated. Even if they are not leaving on the best terms, a sympathetic supervisor will understand that the person still deserves to feel safe and be able to provide for themself and their family.

Recently, however, one worker who was fired shared online that their previous employer is not only refusing to make this difficult time easier, they are going out of their way to demand the employee pay money back. Below, you can read the full story, which was shared on the Antiwork subreddit, and then feel free to share your thoughts in the comments section. Warning: this situation may make you feel extreme frustration towards the employer in question. Then if you’re interested in reading another Bored Panda article featuring work drama, check out this story next.

After suddenly terminating this employee, one supervisor is now asking for money back 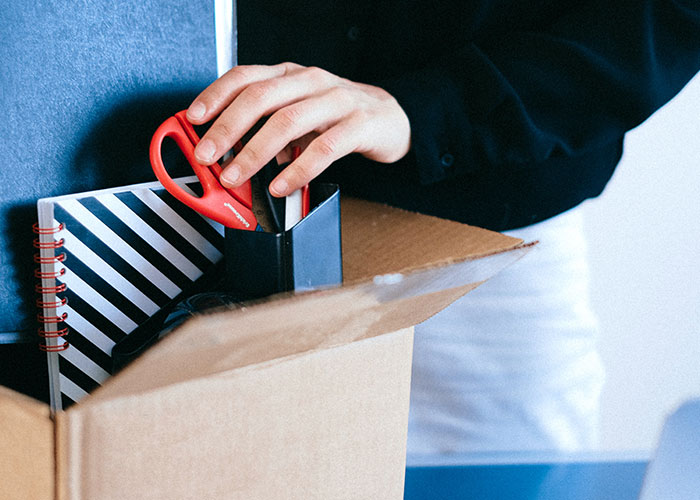 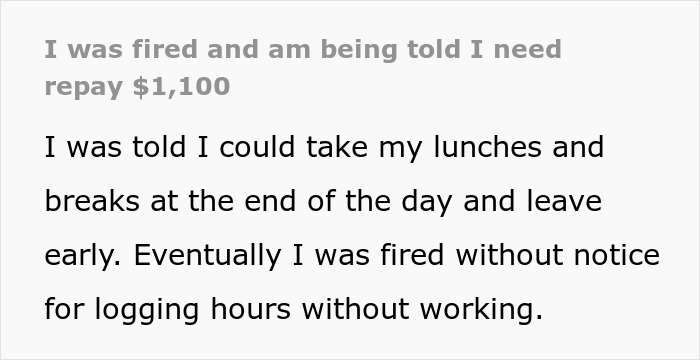 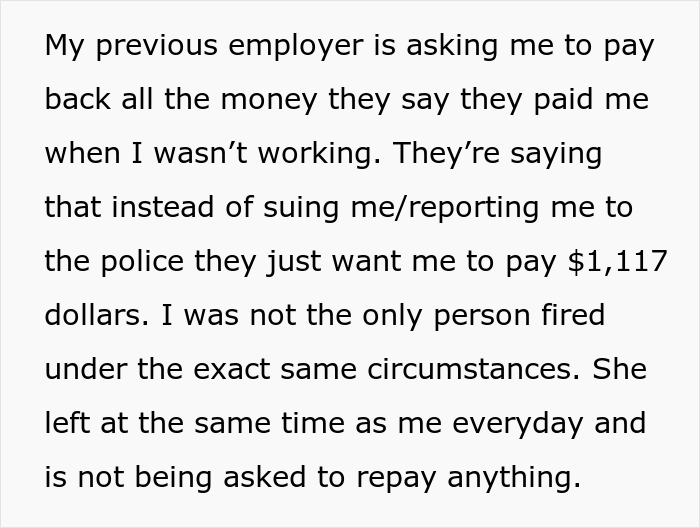 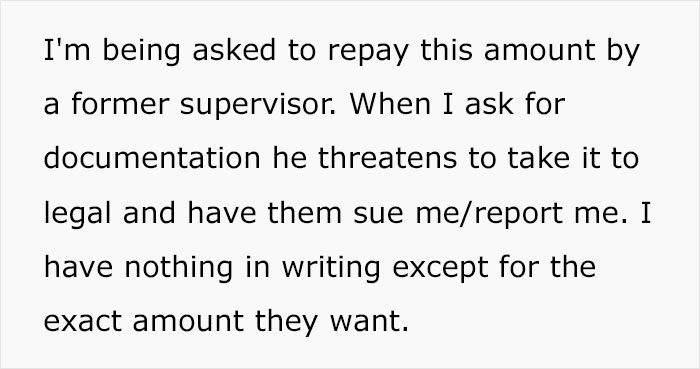 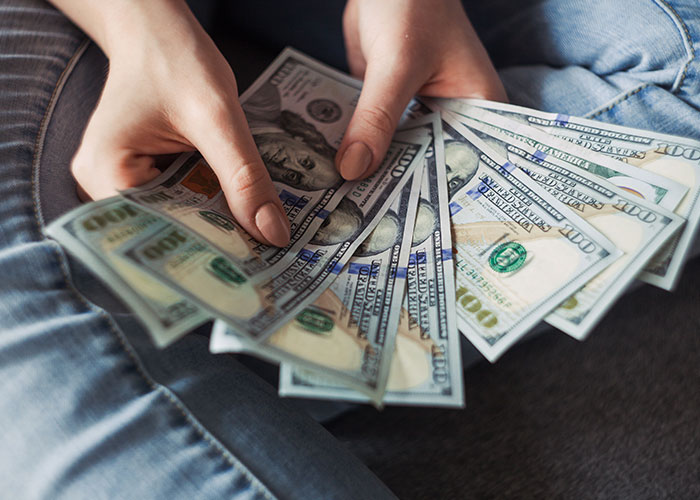 The worker later shared an update on the situation, explaining that it’s unfortunately still not over 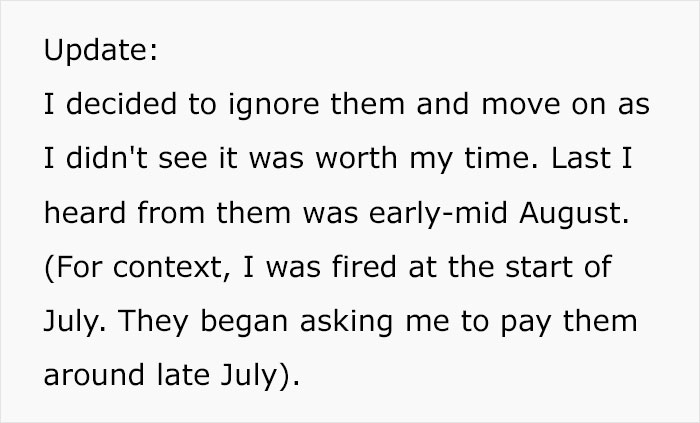 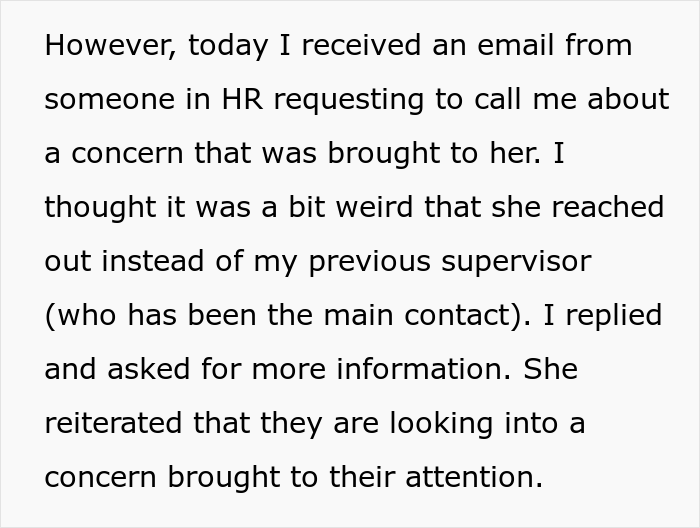 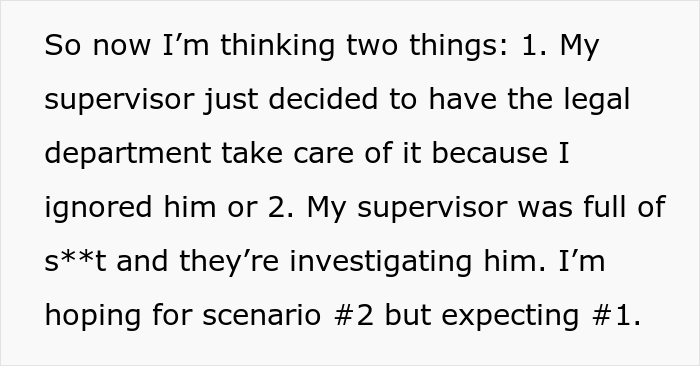 The author of this post mentioned that they live in the state of Michigan, which is an ‘at-will’ state, meaning that an employee or an employer is allowed to terminate a contract at any time without any particular reason. However, that does not mean that after firing an employee, companies can continue to harass them and demand money back.

The worker in question says that they were told they could take all of their breaks and lunches at the end of the day and leave early, and clearly, they were not the only one doing it, as there were several other employees fired under similar circumstances. So that money that the company is demanding they get back was never theirs in the first place. Had this employee taken their breaks earlier in the day, their paychecks would still come out to the same amount. The hours would just be slightly different times during the day.

While we cannot be 100% sure why this supervisor decided to demand $1,117 back from this particular worker, some of the commenters had some ideas. One person brought up the possibility that the company had been audited, fined for tracking hours incorrectly, and now the employer wants to hold one person accountable, rather than taking responsibility and paying the fine himself.

This situation is very possible, as there are a variety of fines for breaking labor laws in the United States, but this one appears to fall under record-keeping, or more specifically, keeping inaccurate records. Interestingly enough, the fine for violating labor laws through recordkeeping is $1,084. This is all conjecture, of course, but if you’d like to put on your tin-foil hat with me, this circumstance is definitely within the realm of possibilities.

Being suddenly fired, especially when an employee was doing everything correctly as far as they knew, is never a fun situation to be in. And while the worker noted that they have requested a legal consultation so they can navigate this situation appropriately, there was no need for this to escalate in the first place. Whether the employer was embarrassed and stressed out about having to pay a fine or bitter towards their workers for tracking their hours inaccurately, that does not give him the right to keep bothering them for months and demanding compensation.

There is always a risk when you hire someone that it won’t work out, but the money that they earned is theirs. And they cannot be expected to have over $1,000 just laying around to give back. We’d love to hear your thoughts down below, and if you know more about the legality of the situation, feel free to fill us in in the comments. 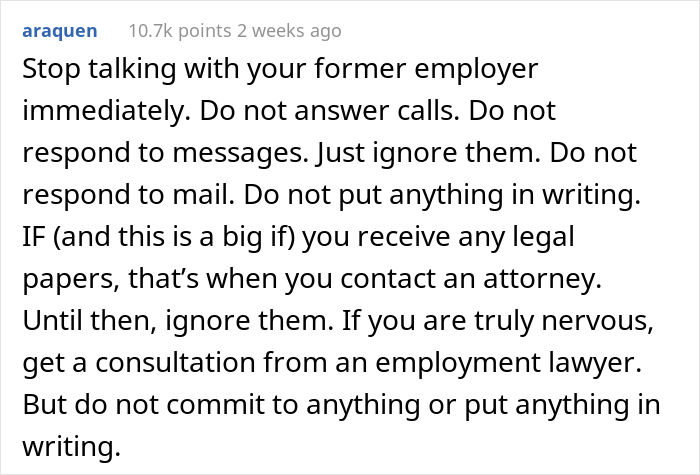 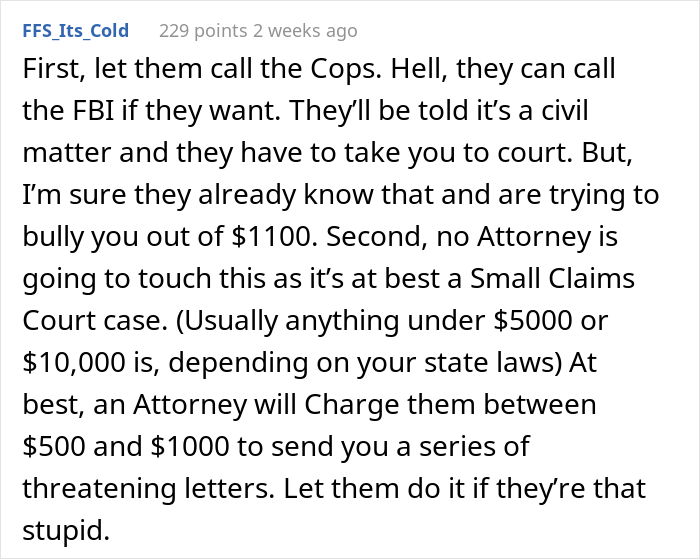 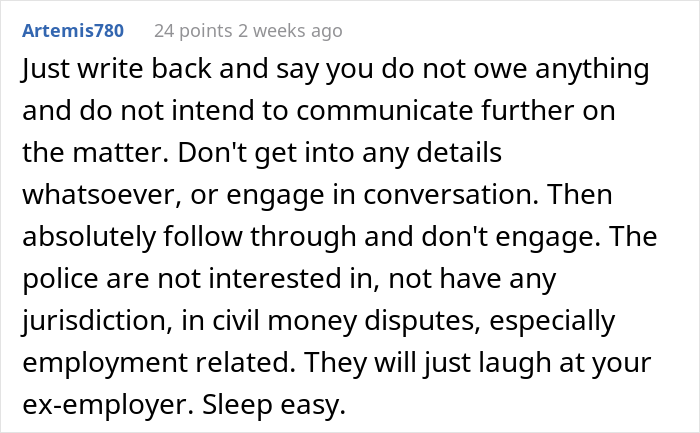 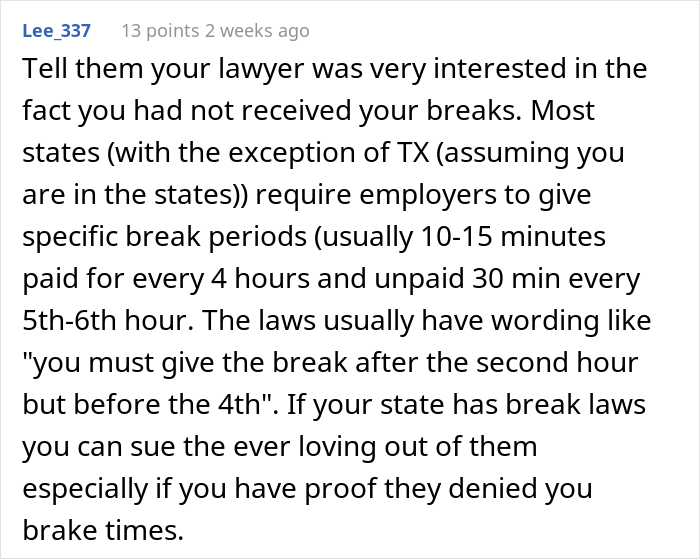 The post The Internet Is Fuming After This Employee Was Fired And Then Threatened With Legal Action For “Logging Hours Without Working” first appeared on Bored Panda.