When you move into a new house, there are so many things to think about. It can be overwhelming and usually people start from the things that are essential that they cannot live without in their day-to-day lives. So, some things are kind of forgotten, for example, putting up your house number for the postman to see.

However, this seemingly small detail mustn’t be ignored as it can lead to some serious consequences. TikTok user @_jesshopehuse, also known as Jessica Huseman, recently posted her front door camera footage of an Amazon delivery woman who cheerfully sang a song about how the house didn’t have numbers and it was difficult to find it, but it’s not only that. 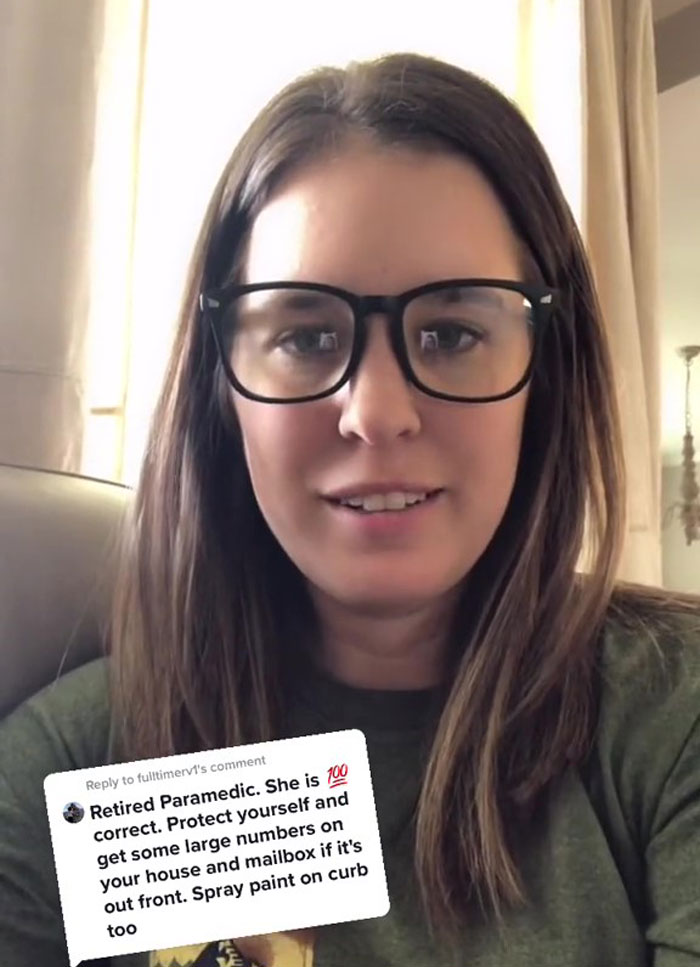 The video was posted about a week ago by Jessica Huseman and it was viewed by 3.7 million people. Over 900k people liked this footage of an Amazon driver seemingly in high spirits singing an improvised song about the house not having numbers, which made it more difficult to find where to go. It was quite obvious she wasn’t too annoyed, just informing the owner about a fact she noticed.

The driver really meant well as she then continued to explain that not having your house number visible can be quite dangerous. For example, if you called the paramedics and they weren’t familiar with the area, they possibly may not find you or may arrive too late.

Firstly, the Amazon driver greeted the house owner in a cheerful singing manner and sang out that the house didn’t have numbers so it was hard to find 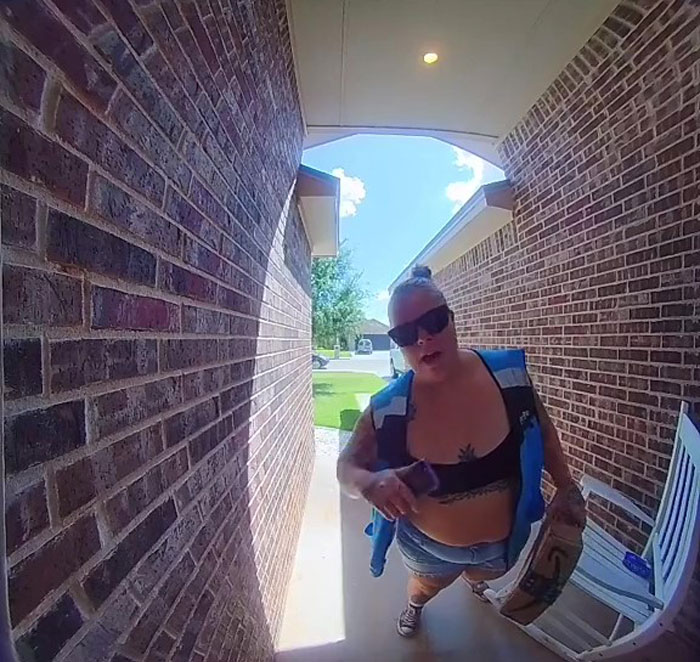 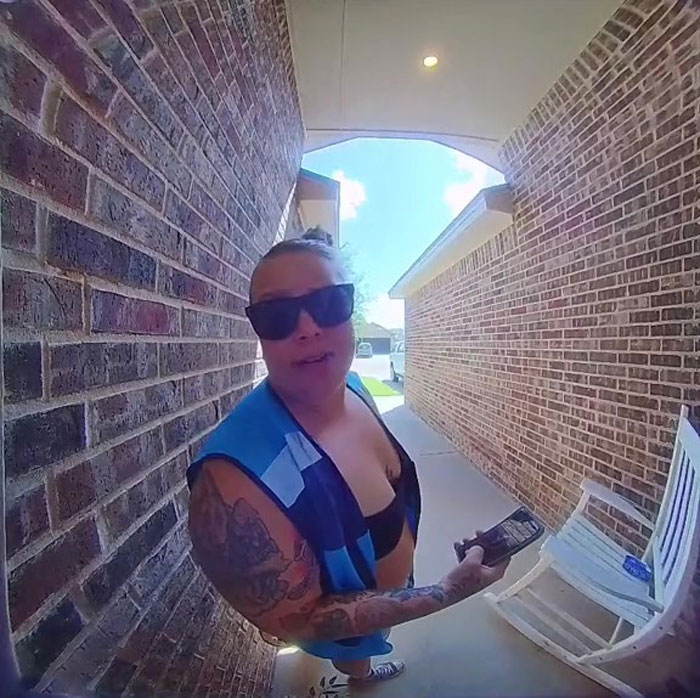 Then the Amazon driver takes off, having left the package in front of the door. Actually, the package was for the former owner of the house, Jennifer, who apparently didn’t have her house numbers put on. The new owner of the house and the woman who posted the video on TikTok, Jessica, wrote in the caption: “We just moved in and this happened today… she’s not wrong though. Guess I need to get some house numbers.”

Secondly, she explained that it is dangerous to not have house numbers because people like paramedics may not find the address 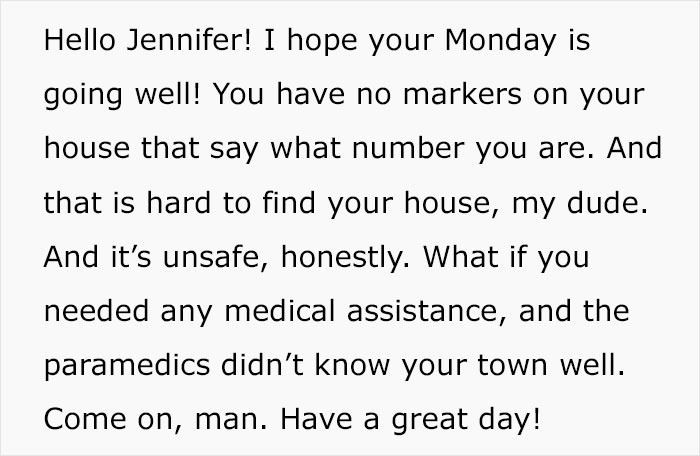 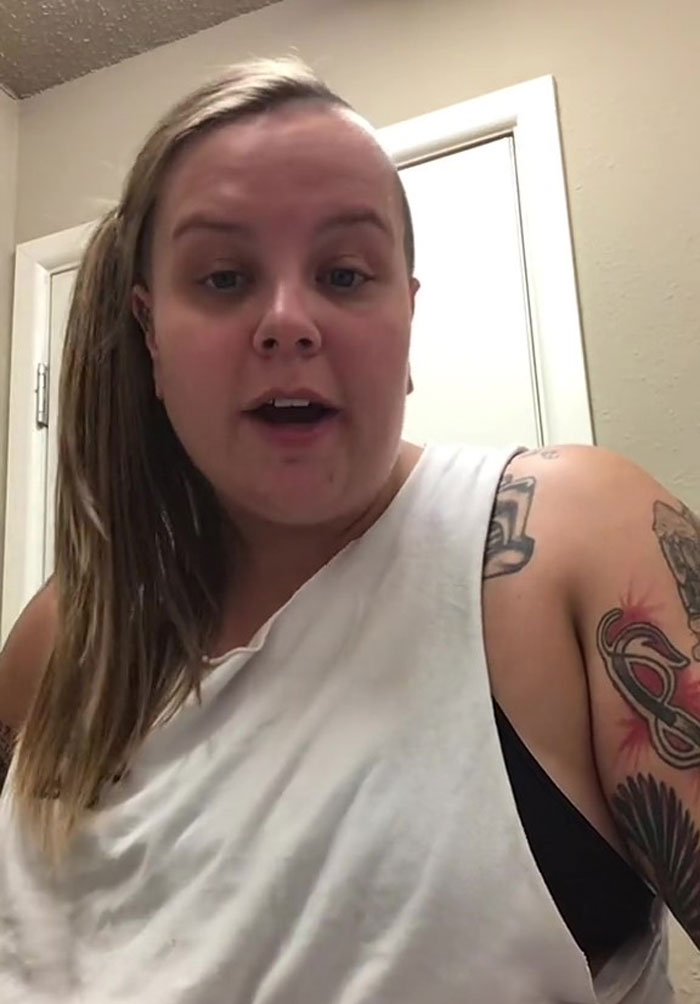 In an update video, Jessica informed the viewers that she did indeed buy mailbox stickers and house numbers, and she is also planning on painting the number on her driveway. What is more, she drew attention to the fact that the Amazon delivery driver created a TikTok account.

The Amazon driver’s name is Kelsey and she already has a few videos on her page. She addressed the video that she made go viral because of her personality and advice. Kelsey was saying in that video that crisis management and prevention education are very close and dear to her heart as she worked in Residency Life and Student Affairs. 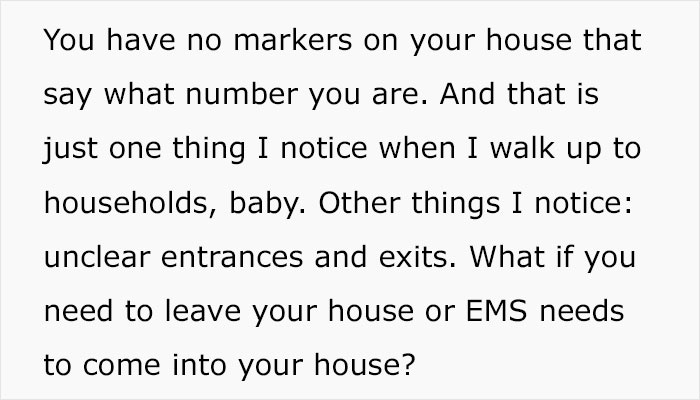 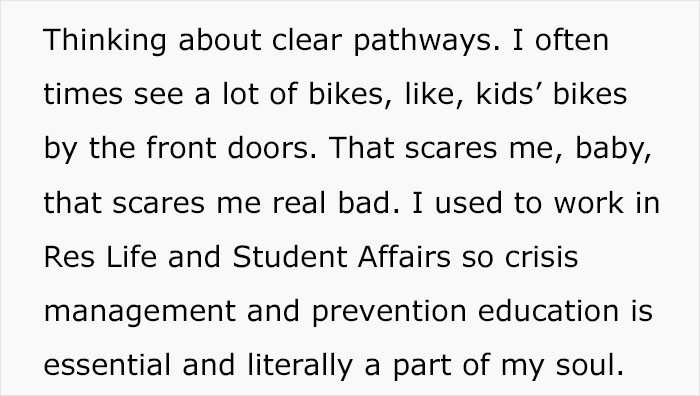 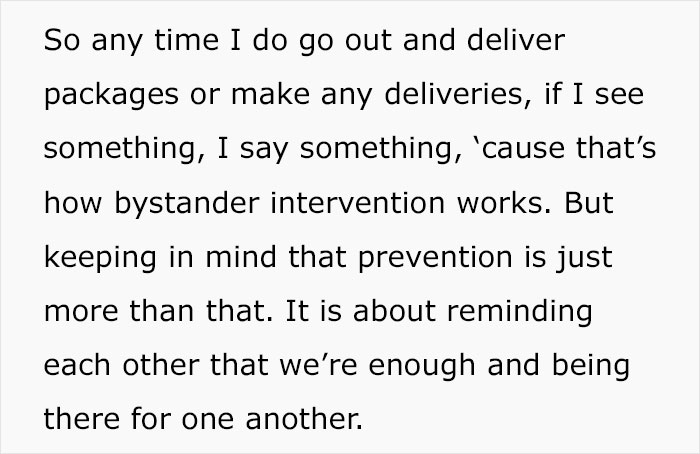 In that video, the 28-year-old pointed out another thing she notices when she delivers packages that people should consider. It’s leaving the path to your exits and entrances clear so that emergency services can easily get to your door and provide you with the help you need.

Kelsey promised to keep the tips about preventing dangerous situations from happening coming on her TikTok page. People in the comments of both Jessica’s and Kelsey’s videos were loving the energy the woman gives out and how caring she is.

You can hear Kelsey singing in the video below

@_jesshopehuseWe just moved in and this happened today…she’s not wrong though. Guess I need to get some house numbers. ##amazondelivery♬ original sound – Jessica Huseman

But what do you think of the video and of the tip that Kelsey gave? Did it make you remember that you too need to put up your house numbers? Maybe you have experience of not having any and that created an unpleasant situation? Leave us your reactions and any thoughts about the video in the comments!

The post The Internet Is Praising This Amazon Delivery Driver For Warning Woman About ‘Unsafe’ House first appeared on Bored Panda.