A small but vibrant city high up on Atlas Mountains, Ouarzazate, in south-central Morocco, has long been called the “door to the desert”. It is also called the “Hollywood of Africa” because of the large number of films that have been shot here and the surrounding desert. Since at least the sixties, Hollywood directors have come here whenever they needed to shoot a Biblical movie or a movie set in the Middle East. The Lawrence of Arabia (1962), The Man Who Would Be King (1975), The Living Daylights (1987), The Last Temptation of Christ (1988), The Mummy (1999), Gladiator (2000), The Hills Have Eyes (2006), Babel (2006), and The Game of Thrones (2011-19), are just a few of the titles. Ouarzazate is also home to one of the largest movie studios in the world, Atlas Studios. 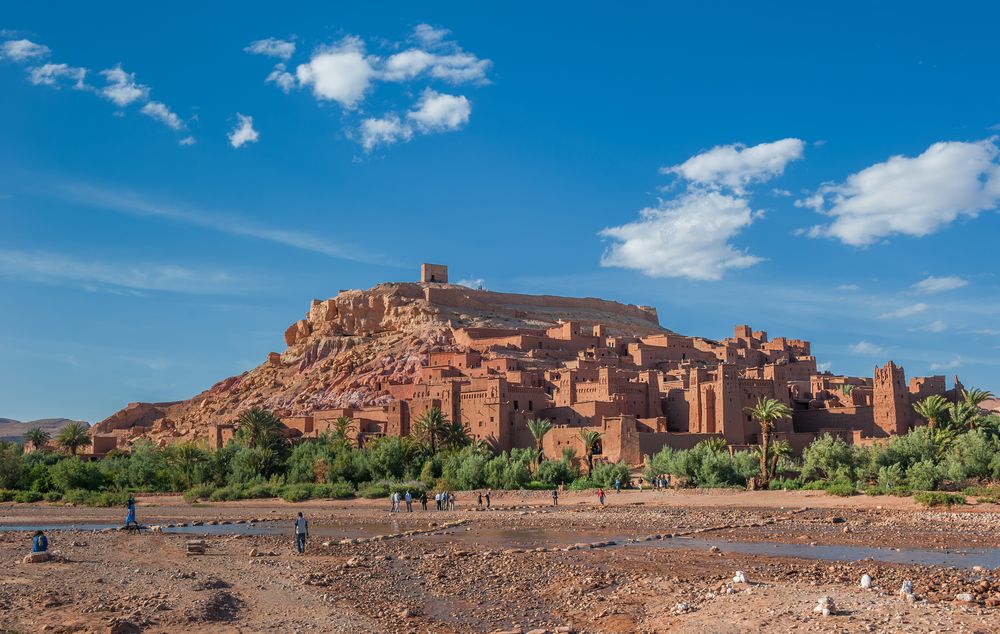