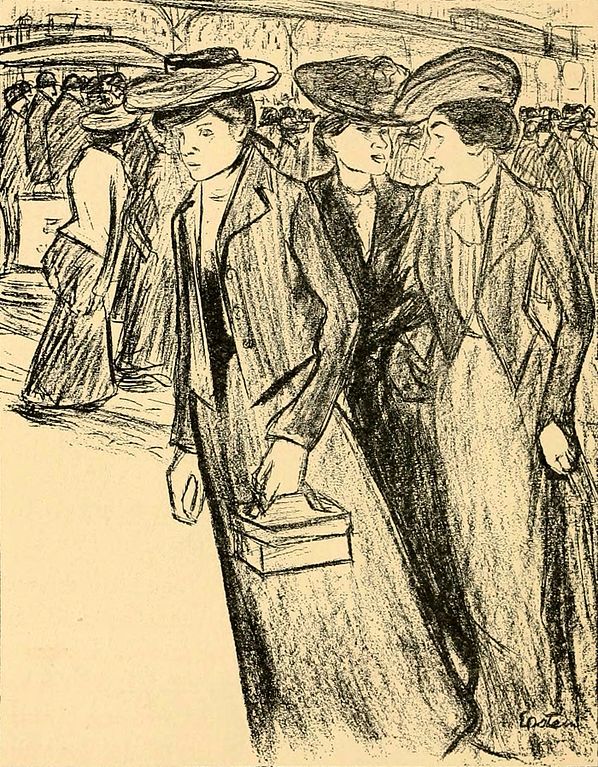 The reason we have banking regulations is because there’s always someone out there who wants your money for themselves. Among the many scammers of the 19th century was Sarah Howe, who ran a Ponzi scheme 40 years before Charles Ponzi gave it a name. The Ladies’ Deposit Company was referred to as a bank, an investment plan, and a charity at different times depending on who was asking.

Sarah Howe never disclosed the methods by which she did business. After establishing the Ladies’ Deposit Company in an unassuming brick building in Boston’s South End around 1879, the former fortuneteller refused to solicit clients for her brand-new bank. There was no advertising, and no public announcement. Instead, members could only be referred by other members in good standing. They had to be single women, not rich, who didn’t own their own homes. Deposits could only be made in amounts of more than $200 but less than $1000, and returns were set at 8 percent interest per month—an incredible amount then as well as today.

Despite the lack of advertising, word of the Ladies’ Deposit Company traveled quickly among Boston’s working-class women. Howe’s selectiveness endeared her to potential clients, as did the fact that she presented herself as a maternal figure at a time when gender stereotypes and predatory practices often left women and their money at the mercy of men. She even invited her select few depositors to sit with her, offering small talk and compliments. The experience seemed, as one woman put it, “sympathetic.”

Howe had 1200 depositors within the first year, and bought herself a fine house. But publicity led some her her clients to attempt to withdraw their deposits, and the house of cards came crashing down. But Howe Howe was just getting started. Read about the swindler Sarah Howe and her banking business at Mental Floss.