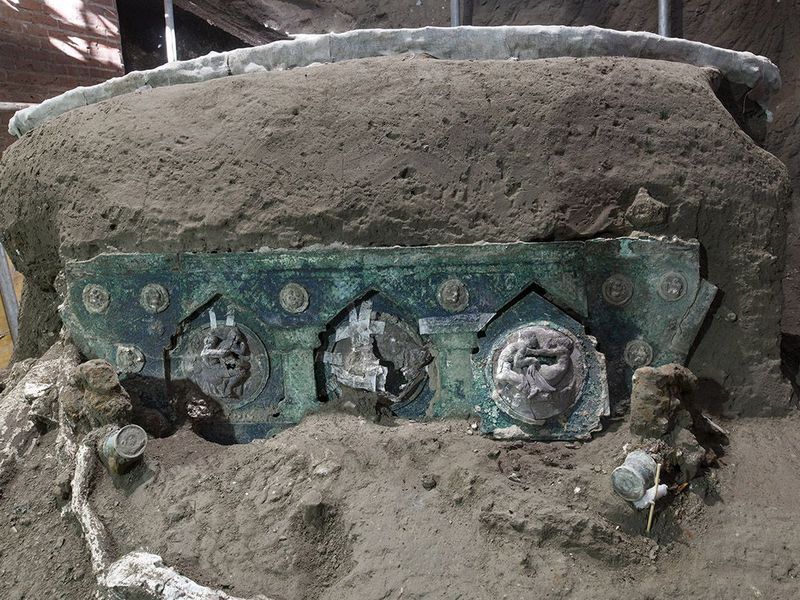 Archeologists found a Roman chariot near the ancient city of Pompeii in Italy. It was a four-wheeled processional carriage decorated with figures of satyrs and nymphs made from bronze and tin. Eric Poehler, an archaeologist at the University of Massachusetts Amherst, described this carriage as the Lamborghini of its time.

The chariot is the first of its kind unearthed in its entirety, reports Colleen Barry for the Associated Press (AP). Though experts have previously discovered vehicles used for everyday activities like transportation, the recently found example was too ornate for such purposes. Instead, the team speculates that ancient Romans used it for festivals, parades, weddings and other ceremonial events.