A small heritage market town called Listowel in County Kerry, Ireland, is home to one of the strangest monorail system ever built. Instead of lying flat on the ground, the single rail sits above the ground on a trestle held by supports on either side, each making an “A” shape. Specially-built carriages would sit astride the trestles like panniers on a camel’s back.

Indeed, it was camels that inspired French engineer Charles Lartigue to come up with this system. While in Algeria, Lartigue had seen camels carrying heavy loads balanced in panniers high on their backs and this inspired him to design a new type of railway. In Lartigue’s system, the single rail was raised to about waist-height by triangular supports whose base was about four feet wide. A pair of additional rails on either side of the main rail were provided for guidewheels of the locomotives and rolling stock to help stabilize the train while in motion. 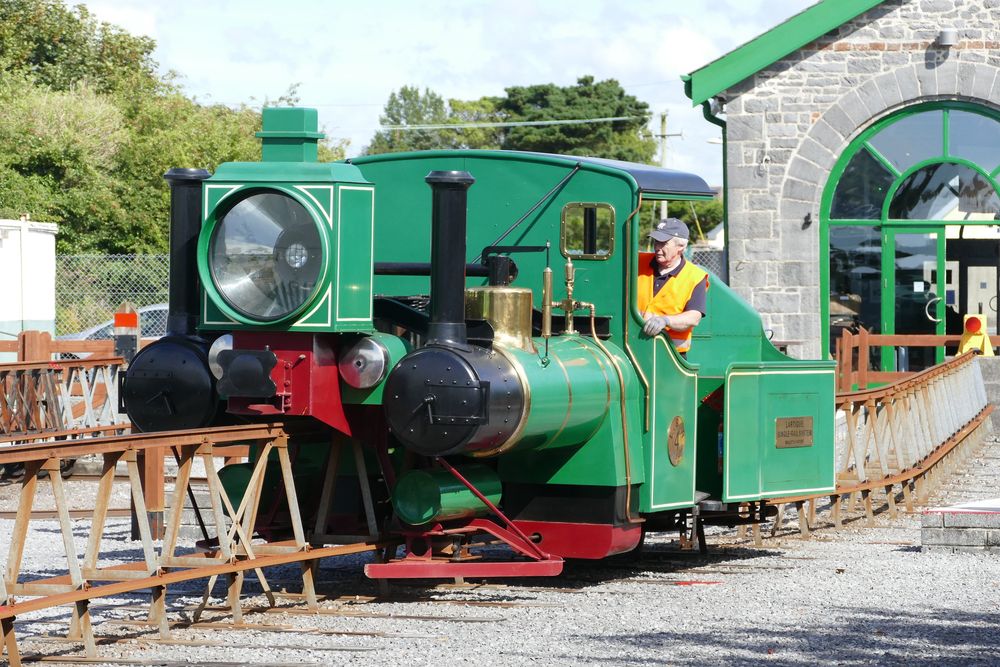 A replica of the Lartigue Monorail that ran between Ballybunion and Listowel for 36 years. Photo: Steve Edge/Flickr