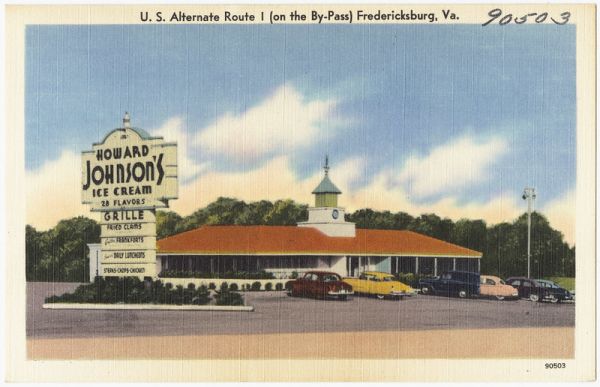 In 1925, an American entrepreneur named Howard Johnson established a pharmacy and ice cream shop in a suburb of Boston. It thrived and by 1929, Johnson established a restuarant. This was the first Howard Johnson’s-brand restaurant, which became a thriving chain that swept across the United States from the 1930s through the 1970s. The company, which also built a chain of motels, was especially popular with road travelers who took part in the post-World War II travel boom.

The company sold off the motel chain and continued in restaurants, but it struggled with changing markets and gradually declined, especially in the early years of the 21st Century.

Now, CNN reports, the restaurant chain is dead. The last Howard Johnson’s restaurant in Lake George, New York has shut down. The site is for sale with a current asking price of $10.

The Peaches Collection Explores the Female Body + Its Curves

Why You Never Take Candy from Strangers