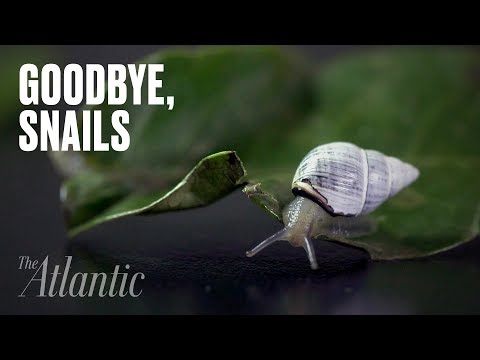 Usually, when a species goes extinct, we don’t know when it happened, only that a creature can no longer be found, and its extinction is recorded long afterward. Occasionally, there are captive specimens that are protected while their populations die out in the wild. The scientists who look after these critically endangered species can sometimes be witness to the very last passenger pigeon, Pinta Island Tortoise, white rhino, Rabbs’ fringe-limbed tree frog, or Achatinella apexfulva snail passing. The snail was named George, and he was under the care of  David Sischo for several years.

When animals die out, the last survivor is called an endling. It is a word of soft beauty, heartbreaking solitude, and chilling finality. The title was borne by Lonesome George, the last Pinta Island tortoise, after which George the snail was named. It unites Martha the passenger pigeon, Benjamin the thylacine, and Booming Ben the heath hen. It will eventually describe either Najin or Fatu, the two last northern white rhinos—both female, neither pregnant.

Endlings are avatars of loss. In the midst of Earth’s sixth mass extinction, these singular creatures embody the crisis facing our dwindling fauna—and our failure to avert it. By the time a species is down to its endling, it is functionally extinct. Caring for an endling can nonetheless serve as a final act of defiance, or perhaps contrition. Small wonder that the custodians of endlings often get very attached to them.

Ed Yong talked to Sischo about the attempt to save the many endangered snail species of Hawaii, caring for George, and what it was like to see a species disappear from the earth. -via TYWKIWDBI