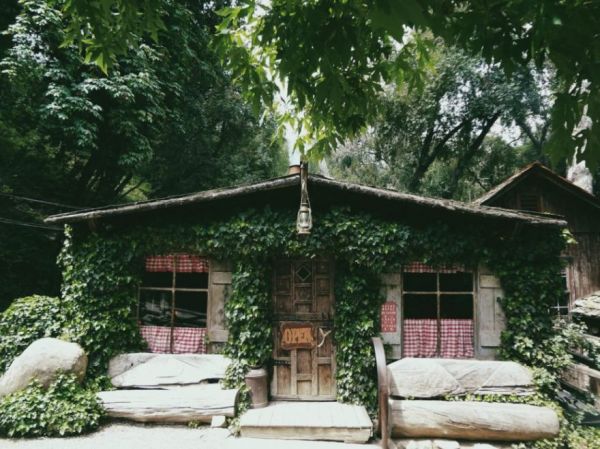 Way off the beaten path, Cold Spring Tavern outside of Santa Barbara, California, is a lasting remnant of the stagecoach days. It began as a bunkhouse for immigrant road builders in 1868, then became a ballet school, then a money-laundering restaurant, and has been a pit stop for travelers ever since. The tavern has been operated by the Ovington family since Audrey Ovington bought it in 1941.

She came from eccentric stock, with a father who pioneered the skies as the first ever commercial pilot in the United States (and was an assistant to Thomas Edison), and an opera singing mother. With the passing of her husband in 1941, the Widow Ovington took on Cold Spring as a new adventure, and later passed it on to Audrey. It became home to an increasingly festive crowd, including her pet leopard, Ricardo (or “ricky”), who lived off of canned sardines and horse meat. Everyone else stuck to buffalo burgers, and a new, local sauce called “Hidden Valley Ranch” (yup, Audrey was the first to serve it).

Audrey Ovington bought up buildings from a ghost town and brought them to Cold Spring, making the business more than just a restaurant. Read about the last stagecoach tavern at Messy Nessy Chic.