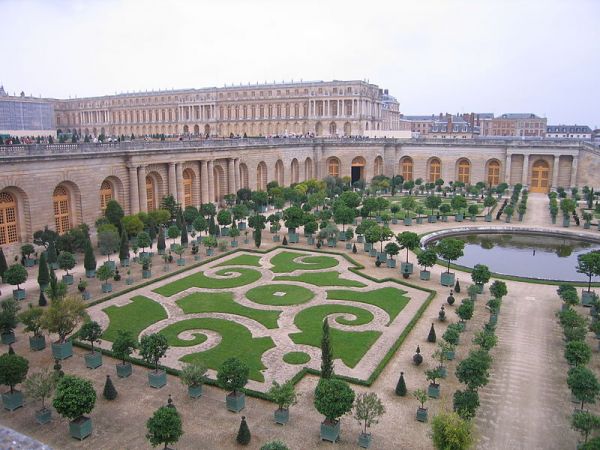 Louis XIV of France could spend the modern-day equivalent of millions of dollars with a snap of his fingers. In 1674 he commissioned an “apartment of the baths” at the palace in Versailles containing a tub made of marble that later generations would mistake for a swimming pool. He also constructed an “orangery” to hold 2,000 orange trees for the purpose of making orange blossom perfume.

The king was crazy about the odeur de Nerolie, a floral essence produced from the blossom of the bitter orange tree, first introduced as a fashionable fragrance in the 17th century by an Italian princess, who was using it to perfume her gloves and bath. But Louis took it a step further by replacing his bath water entirely with the most delicate of fragrances. While Europe was trying to rid itself of the plague, bathing in natural water was considered a great risk. Paddling around in a pool of perfume was not only guaranteed to have him smelling like an orange blossom for his next appearance at court, but it was also just a safe bet in the dark ages of medicine. Today the essential oil is one of the most widely used floral oils in perfumery, but can you imagine bathing in the stuff?

After the French Revolution, the bathtub was covered with a floor, then removed completely, and it roamed around France before finally being restored to the palace in 1934. Read about Louis XIV’s perfume bath at Messy Nessy Chic. Note: the photo of the orangery shown above does not show the bathtub, but you’ll see it in the linked article.