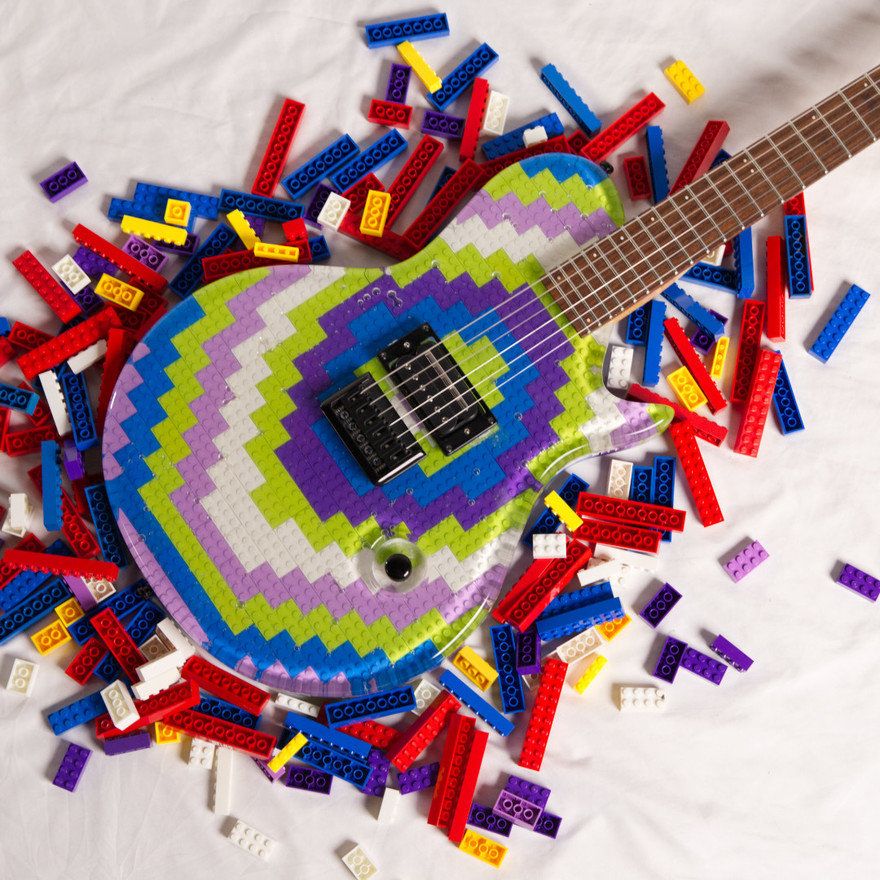 Mike Clifford made this amazing guitar out of, obviously, LEGO bricks. He used a Les Paul design in vector file format in Fusion 360, a 3D design program, to develop the shape. Then, after building a mold, he poured epoxy over the bricks. Clifford describes the process at Core77:

The most challenging part of this guitar build was creating a solid guitar blank from the Legos and epoxy. I put the Lego bricks on a backplate in a pixelated elliptical pattern. I then put the Legos face down into a partially cured layer of epoxy, then poured more epoxy to halfway cover the Legos. After this epoxy cured, I could remove the backplate that was holding the Legos together, pour more epoxy resin over them to fill in the backs of the Legos. While the epoxy was still fluid, I added a second layer of Legos, and finally came back to fill in the entire form with resin. After I had the epoxy Lego guitar blank, I could just use standard woodworking processes for guitar building, to shape the guitar from the epoxy Lego blank.