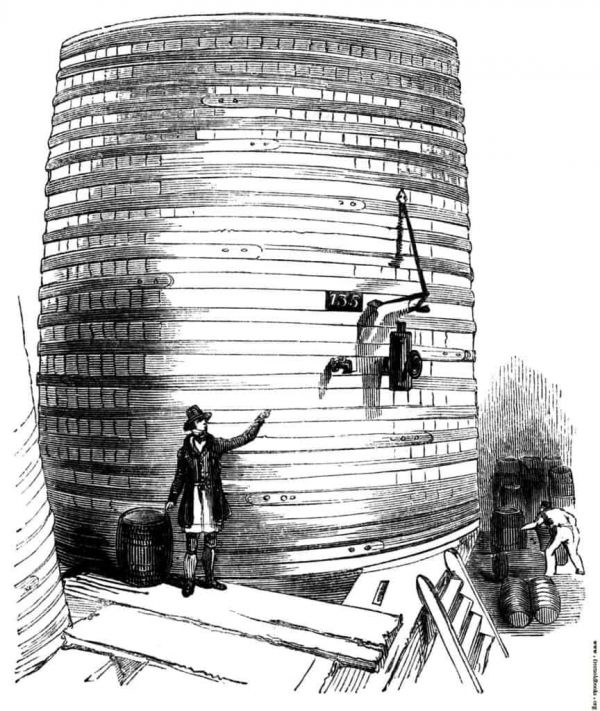 Most of the industrial spills we hear about are dangerous because of traffic disruptions or the toxic nature of what was spilled. While floods are dangerous, industrial accidents rarely have enough liquid to drown anyone. But the London beer flood of 1814 not only drowned people, the biggest danger was the sheer explosiveness of the brewery’s failure.

The Horse Shoe Brewery was one of London’s biggest. It participated in a game of one-upmanship to see who could boast the largest beer fermentation vats. These ever-bigger vats were made of wood held together by iron hoops. The Horse Shoe Brewery’s biggest vat held 18,000 barrels of beer. When it suddenly failed on October 17, the force was great enough to wreck the vats beside it. Combined, they sent 323,000 imperial gallons of beer surging, with enough force to break through the brewery’s brick wall and into the neighborhood. Eight women and children were killed by the ghastly accident. Read an account of the beer flood at Amusing Planet.