#vanlife is about fitting domestic furniture and appliances into a van, providing a home on the road. An Australian nonprofit called Orange Sky has turned this model on its side, fitting unexpected equipment into vans to provide services to those who don’t have a home. 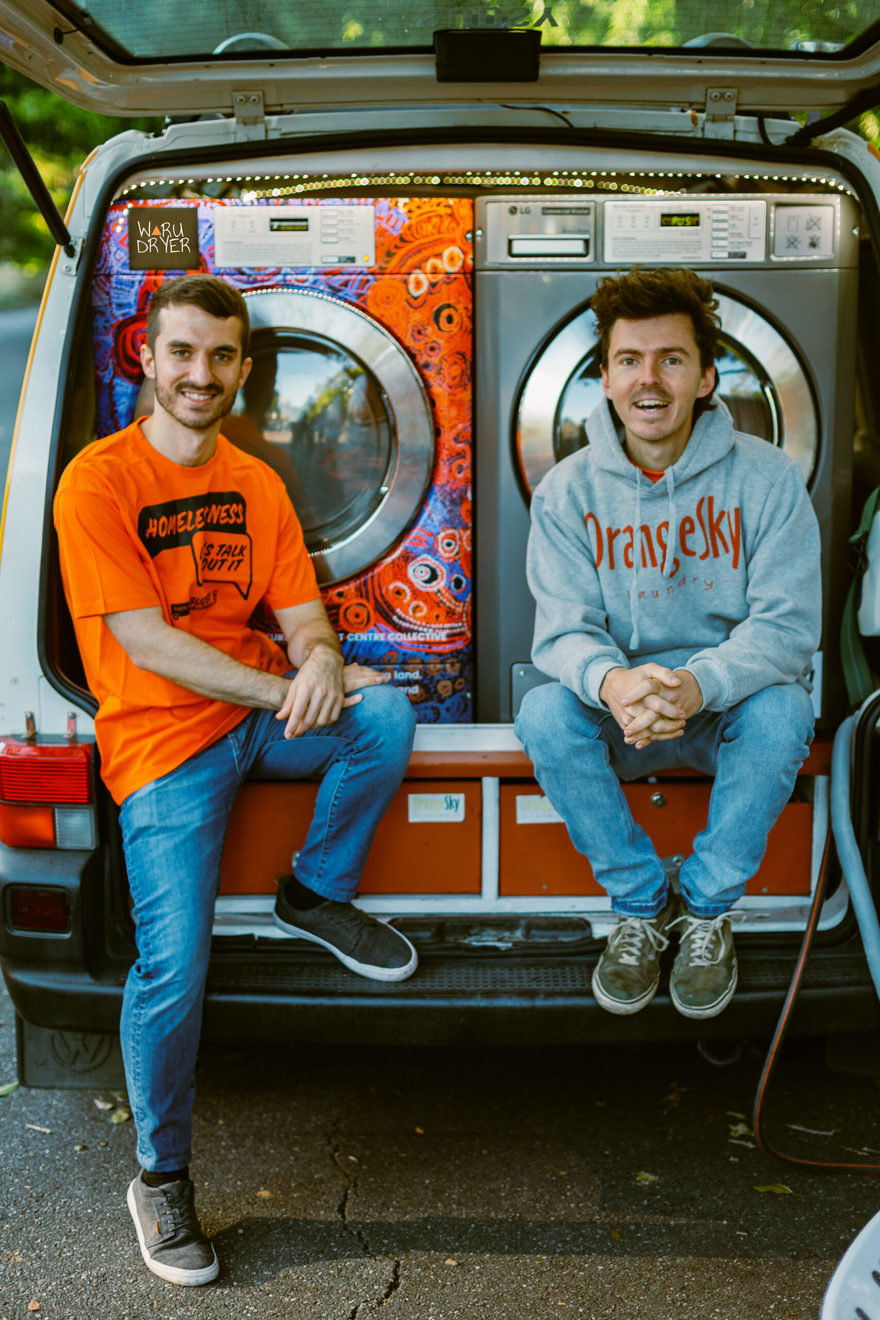 In 2014 Nic Marchesi and Lucas Patchett, two 20-year-old buddies in Brisbane, rigged up a couple of washing machines and dryers in the back of a van. They then drove around the city visiting parks, offering free laundry services to the homeless population. Later they added mobile showers, with the idea being “to improve hygiene standards and restore dignity to people doing it tough,” they write. 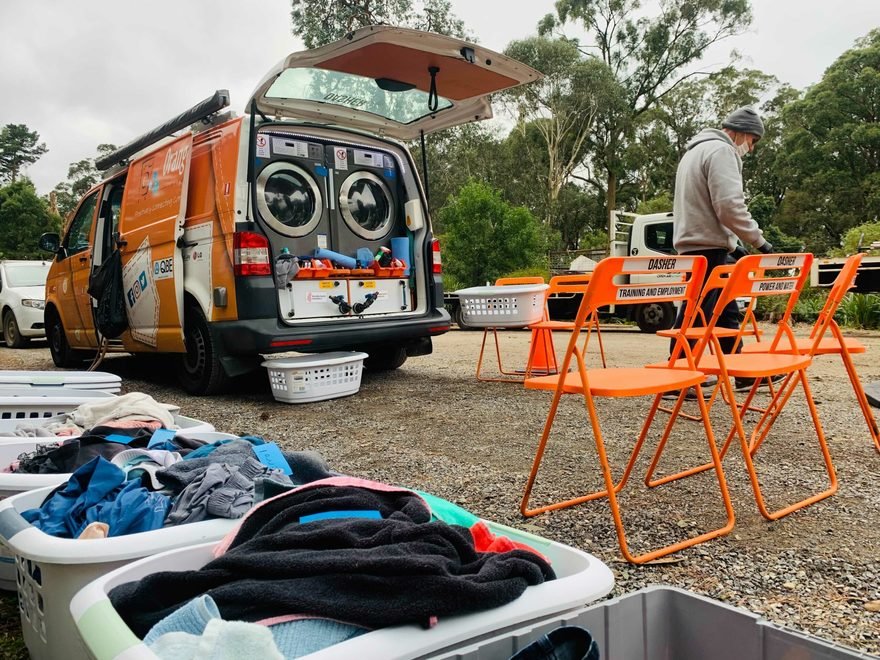 This service grew into Orange Sky, which has expanded their fleet and done nearly 2 million kg of laundry to date and provided 20,000 showers, in addition to something just as valuable: Conversation. “From sitting down on our orange chairs and chatting with friends, we’ve learnt that although access to laundry and shower services is important, it’s the conversation and regular connection that create the biggest impact in the community,” they write. Thus far they’ve provided “330,000 hours of genuine and non-judgemental conversation across 36 service locations.” 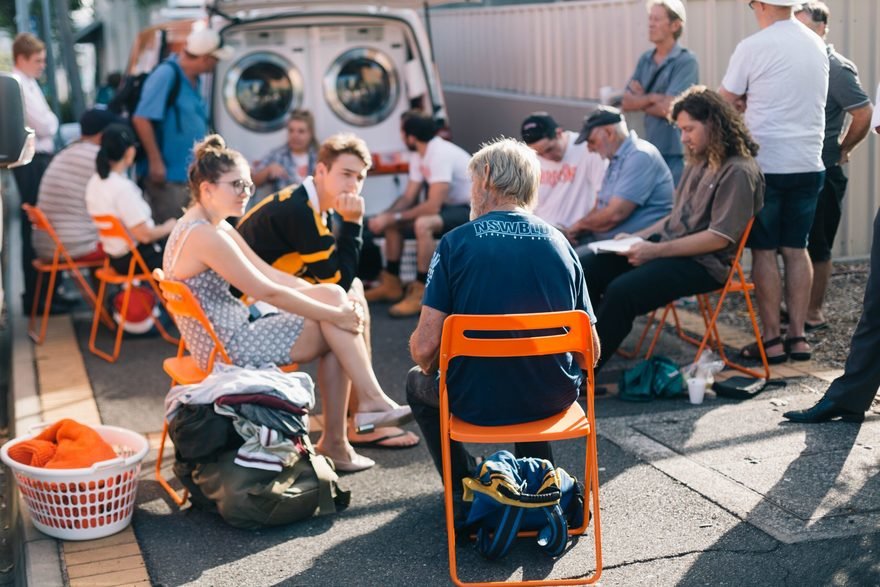 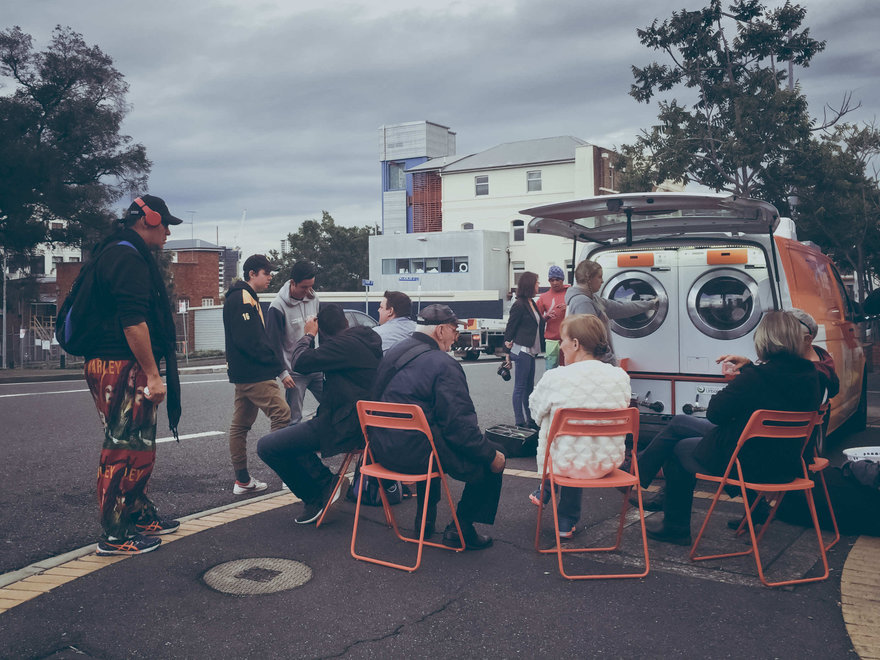 In the past few years they identified a new need, far outside the boundaries of a city: People living in remote areas of Australia, where washing machines—and the technicians required to keep them running—are in short supply. To reach these regions, a vehicular upgrade was required. “We quickly realised our standard laundry vans weren’t built to last in some of the conditions in these remote areas,” they write. Orange Sky thus hired industrial designer Magnus Murray-Douglass, a recent grad of the Queensland University of Technology, to help create their Remote Vehicle 3.0. 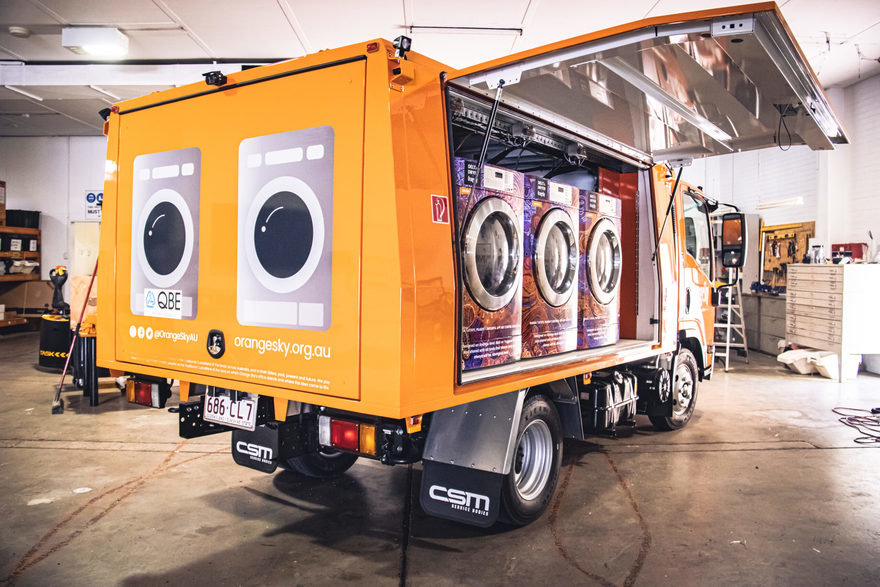 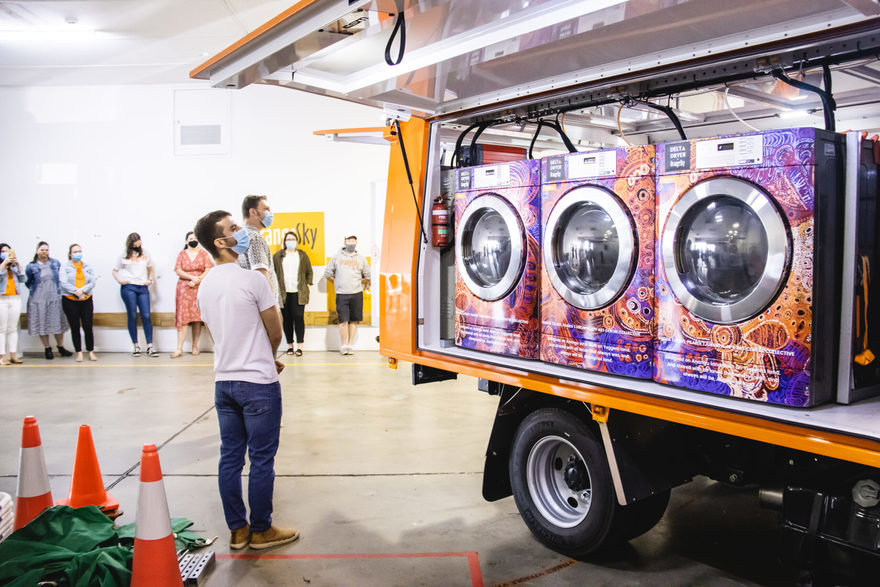 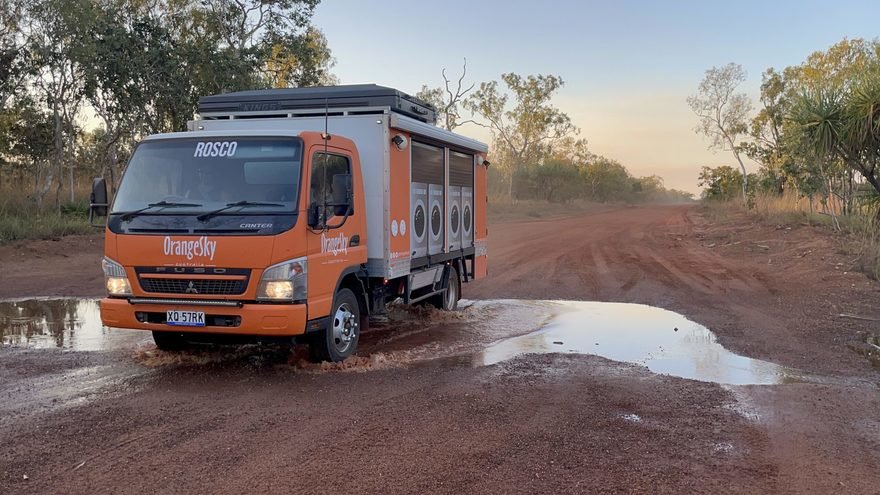 “The RV3.0 contains 3 washers and 3 dryers, and the latest in Orange Sky’s mobile laundry innovations (including the Waru Dryer). The RV3.0 is powered by REDARC solar panels, lithium batteries and charging system in order to effectively capture, store and use the renewable energy harnessed. This gives the vehicle the ability to produce more power than it uses (reducing electrical consumption by up to 80% per shift).” 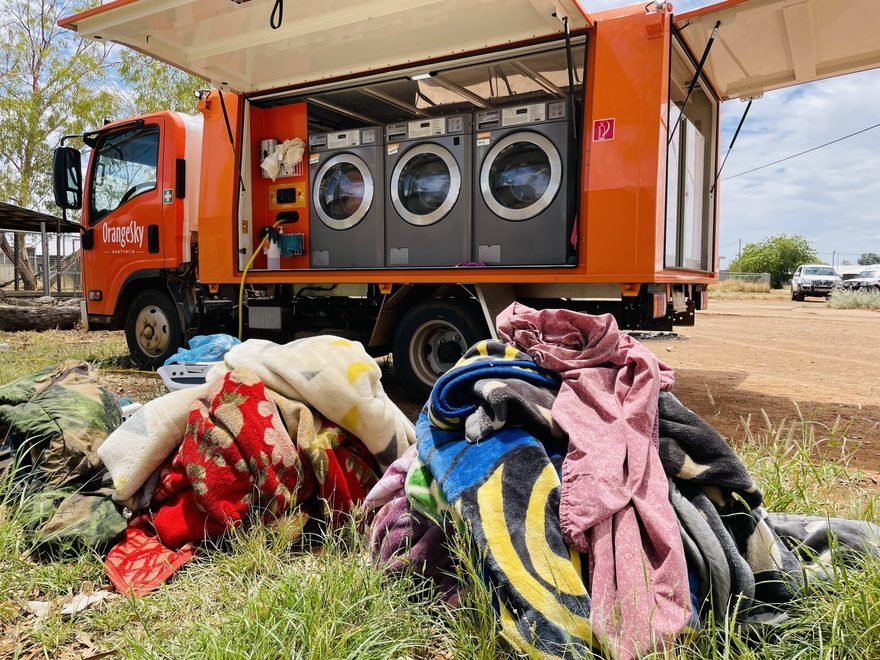 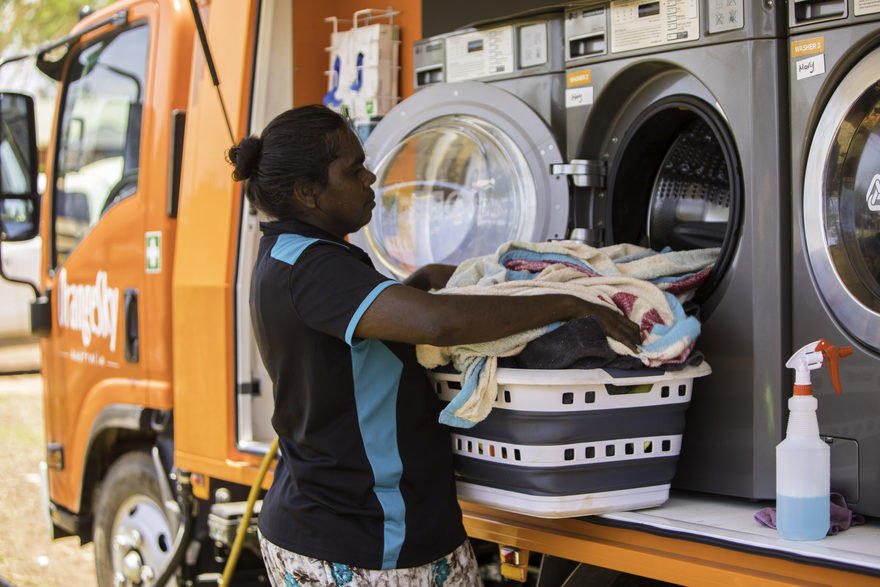 “The Waru Dryer, designed and built by Orange Sky, is the world’s first diesel and solar powered clothes dryer. Engineering this innovation has allowed Orange Sky’s vehicles to operate without generators, which was the springboard to the RV3.0 advancements.” 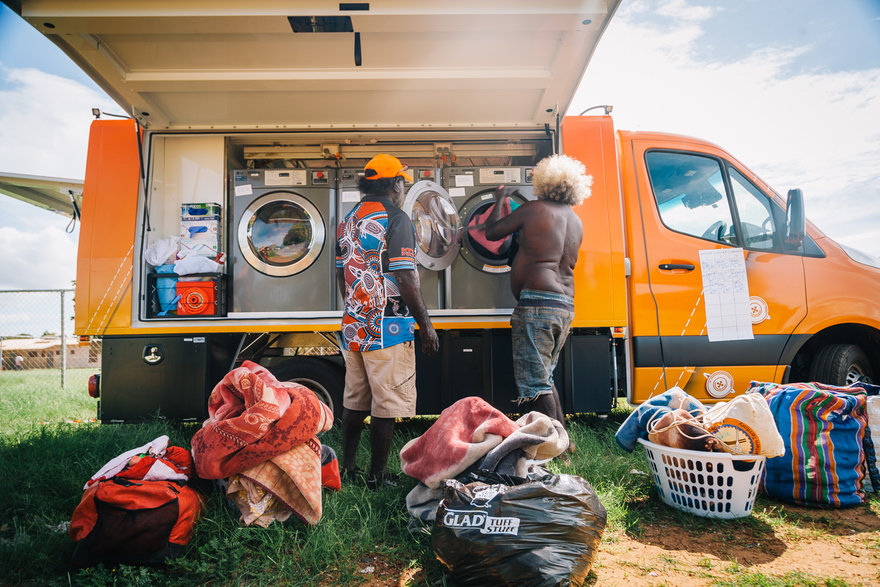 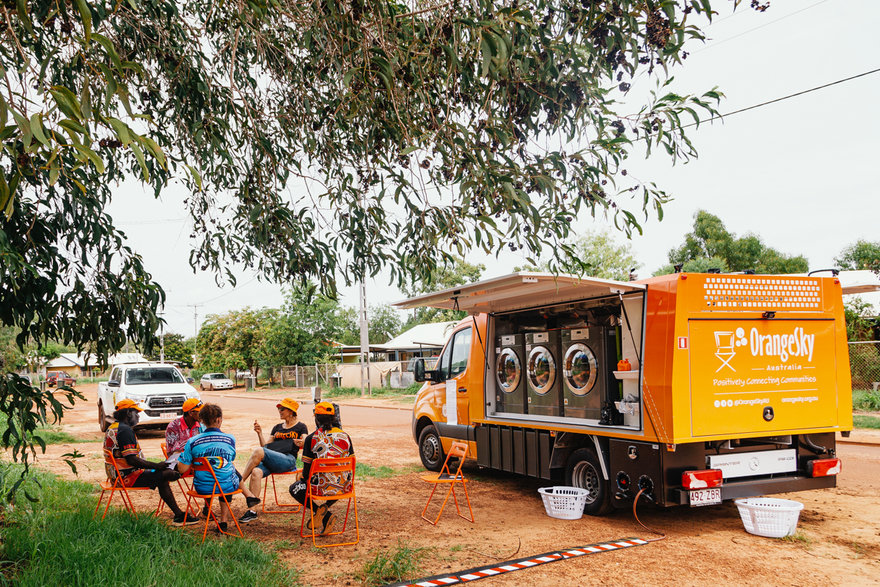 “Orange Sky Lead Engineer, Ben Battaglia said ‘We built the Waru Dryer with the aim of significantly reducing build costs, environmental impacts and maintenance needs. The dryer upgrade has reduced the electrical consumption by 90% when compared to regular clothes dryers.'”

Here’s the rollout video of the new vehicle, of which eight exist:

To date they’ve launched the new vehicle in six remote communities. “The RV3.0 allows Orange Sky vehicles to venture further than ever before and the new systems on board can increase the duration of shifts,” says Marchesi. “These innovations are at the heart of what Orange Sky is about – helping more people.” 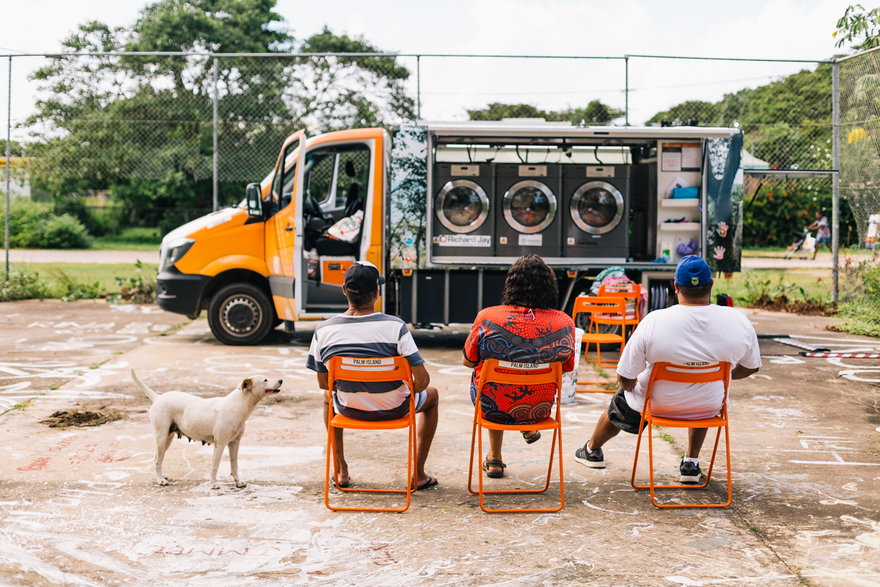 “The laundry van not only meets the strong demand for laundry facilities,” says Judith Meiklejohn, Orange Sky Remote Program Manager, “but it brings together so many different families and clan groups, which is a really beautiful outcome.” 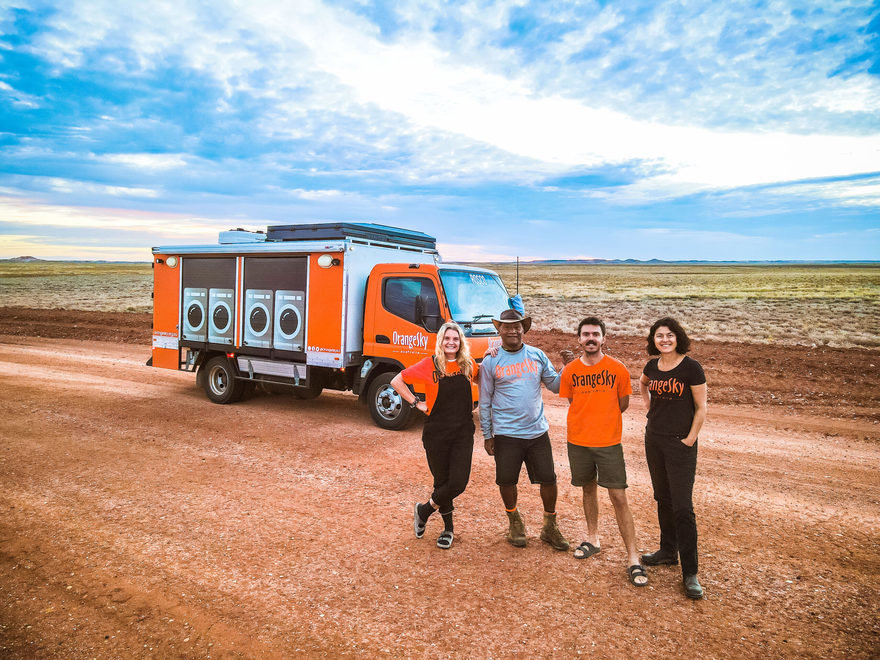