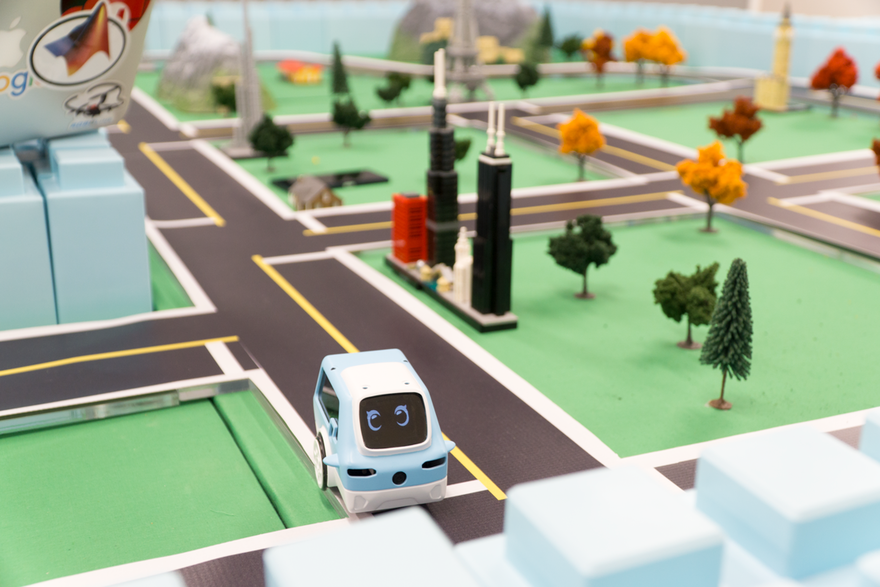 Zümi is a toy that teaches real-world AI programming skills.

“People think that AI will take care of everything,” says Hansol Hong. There are plenty who think it’s just as likely to destroy everything, but the cofounder and CEO of Robolink is a proud optimist. “There’s a huge pushback against accepting AI. But whether we want it or not, it’s coming. We have to learn to guide AI in the right direction.”

His latest Kickstarter project, Zümi, is designed to help us engage with the same technology that powers real-world autonomous vehicles and robots, so that we can at least understand how the robot overlords work. His team’s prototypes of small programmable toy cars take some of the mystery out of machine vision, routing algorithms, and Python programming. When the full fleet is shipped out to backers, Zümi will help teach kids—and playful adults—that they can have a hand in shaping the future of AI.

AI is the job skill of the future

“I want to make sure that we use technology for good, and show that AI is not so hard or scary,” says Hong. “I think that AI will be an essential skill set, like how programming became a vocational skill set today. AI will be like electricity or the internet. Everyone will be using it.” We’ll be better off if we’re conversant in the technology, he says.

Robotics fans are already clamoring for it

Hong himself is fairly new to the subject matter. After studying economics and industrial engineering at UC San Diego, he and his roommate started a small business teaching kids to program simple robots. They’ve now taught 10,000 students and worked with more than 1,000 schools. Hong’s robotics meetup for adults has more than 1,500 people on the mailing list. Robolink has raised more than $250,000 for two other educational robotics kits on Kickstarter.

The team had to keep pace with the emergence of AI. “After a while, our supporters were looking for something more advanced,” says Hong. “Robotics and AI resources are very hard to find, and they’re hard to understand if you’re not actually in that field.” His community had come to rely on Robolink’s easy-to-use instructions and tutorials, but the team had to teach themselves the basics of AI in order to expand their educational offerings.

One of the first things Hong noticed testing early Zümi prototypes with kids was that more hardware features created more opportunities for AI algorithms to go awry. He responded by simplifying the hardware and letting the magic happen in the software. “We wanted to make sure that we narrowed down the variables, so there’s not as much that can go wrong. And there are so many possibilities for what you can do with AI software.”

Zümi looks like a simple car, but it can learn to navigate routes, identify objects that can or cannot be run over, and use facial recognition to scoot towards you when you’re smiling. It can even recognize hand gestures and remember the faces of your family and friends. (With privacy in mind, they’re working on ways to keep the images Zümi records secure.)

Hong knows he hasn’t reached his final destination. Though Zümi just won a Best of Innovation Award at CES 2019, “there are still a lot of things that we are testing today,” he says. 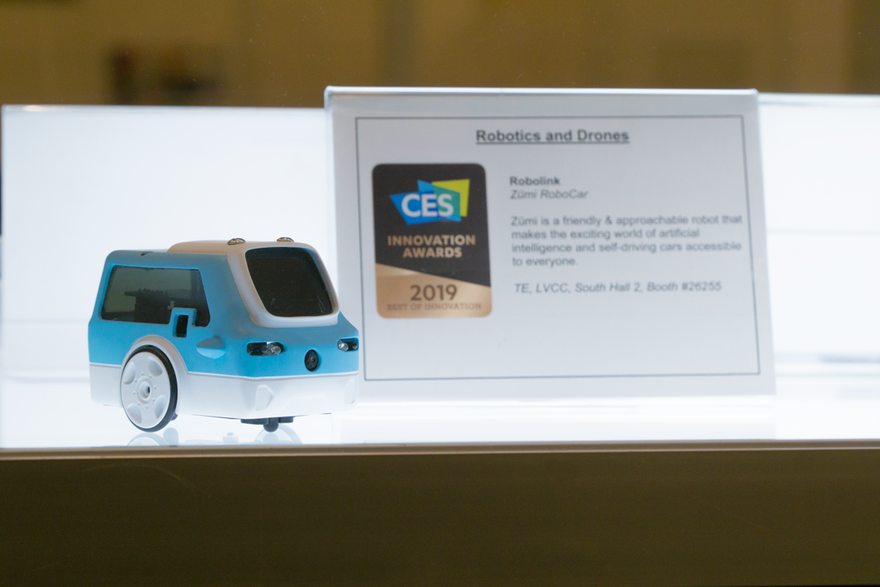 Zümi won a CES Innovation Award in the Robotics and Drones category.

“Redefining perceptions of traditional programming to include AI is very difficult. In typical programming, you enter an input, then the output is somewhat expected. There’s going to be a somewhat straight answer—here’s what you did and here’s what you did wrong. Everything is like an equation, where you know what to expect. For AI, even if you do the right things, sometimes the outcome is very unexpected.”

Sometimes that’s frustrating to students, but it’s also instructive; it’s where our technology is headed. With Zümi, Hong hopes to help the future drivers of autonomous tech embrace that uncertainty.

Zümi is live on Kickstarter through March 9, 2019.