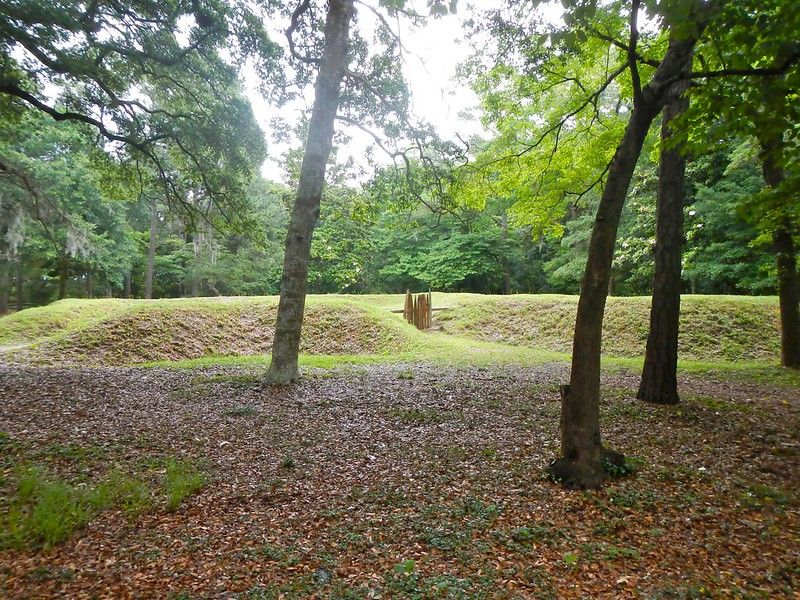 In 1587, England planted a colony of 117 people on Roanoke Island in North Carolina. Three years later, when an English vessel checked in on the colony, the entire population had vanished and the settlement lay in ruins. The only clue left behind was the word “CROATOAN” carved into a wooden palisade.

What happened to the colony? One of the earliest hypotheses was that it had moved into and joined a Native American community.

After eleven years of research, a team of archaeologists (both amateur and professional) has concluded that this hypothesis is probably correct. They found evidence of a mixed community of Europeans and Native Americans on Hatteras Island. The Virginian-Pilot reports:

Teams have found thousands of artifacts 4-6 feet below the surface that show a mix of English and Indian life. Parts of swords and guns are in the same layer of soil as Indian pottery and arrowheads.

The evidence shows the colony left Roanoke Island with the friendly Croatoans to settle on Hatteras Island. They thrived, ate well, had mixed families and endured for generations. More than a century later, explorer John Lawson found natives with blue eyes who recounted they had ancestors who could “speak out of a book,” Lawson wrote.

The two cultures adapted English earrings into fishhooks and gun barrels into sharp-ended tubes to tap tar from trees.