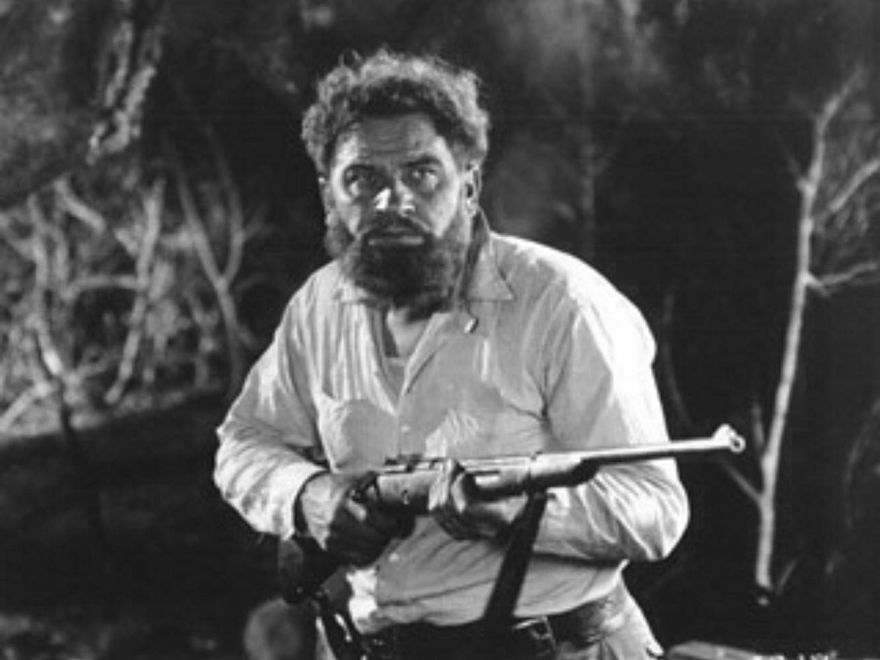 Look! It’s Cap’n Huffenpuff! Oh, wait, that was last week. It’s actually Wallace Beery in the role of Professor Challenger in the 1925 film The Lost World, although Professor Challenger was used by Bob Clampett as the model for Cap’n Huffenpuff. The film was also the inspiration for 1933’s King Kong (both films involving the bringing back of a prehistoric creature to civilization) and other works of science fiction.

The Lost World was a faithful adaptation of Arthur Conan Doyle’s 1912 novel, with but a few deviations. Even today, in the age of Jurassic Park, it is quite watchable. From the IMDb:

In this 1925 silent era film, a Professor Challenger (Wallace Beery) leads a group of British explorers to South America, to prove to the civilized world that there exists a land of living prehistoric creatures. What the explorers find is exactly that … a rugged Amazon plateau inhabited by all kinds of dinosaurs. It’s a wonderful film concept befitting Sir Arthur Conan Doyle’s adventure novel. The dinosaurs were brought to cinematic life via stop-motion animation, the first time that the then new technique had been applied, on such a grand cinematic scale. For its visuals alone, “The Lost World” is an important film. (The man who made the dinosaurs come alive is the same man who made King Kong come alive – Willis H. O’Brien.)

YouTube offers the complete film (although there are several versions due to various efforts at remastering) and it is embedded below. Grab the kids and see how they like Jurassic Park v1.0. At least they can talk during the film without anyone missing anything.