Hat-making in the 18th and 19th centuries was a hazardous business, because it involved the use of many chemicals, one of which was the toxic substance mercury. Working in poorly ventilated rooms, hat-makers breathed in so much mercury fumes that a good number of them were driven out of their wits by mercury-induced brain damage. Mercury poisoning among hat-makers is widely believed to be the origin of the proverbial saying “mad as a hatter”. Even the character of the Hatter in Lewis Carroll's iconic Alice's Adventures in Wonderland exhibited psychotic behavior similar to a person suffering from mercury poisoning. 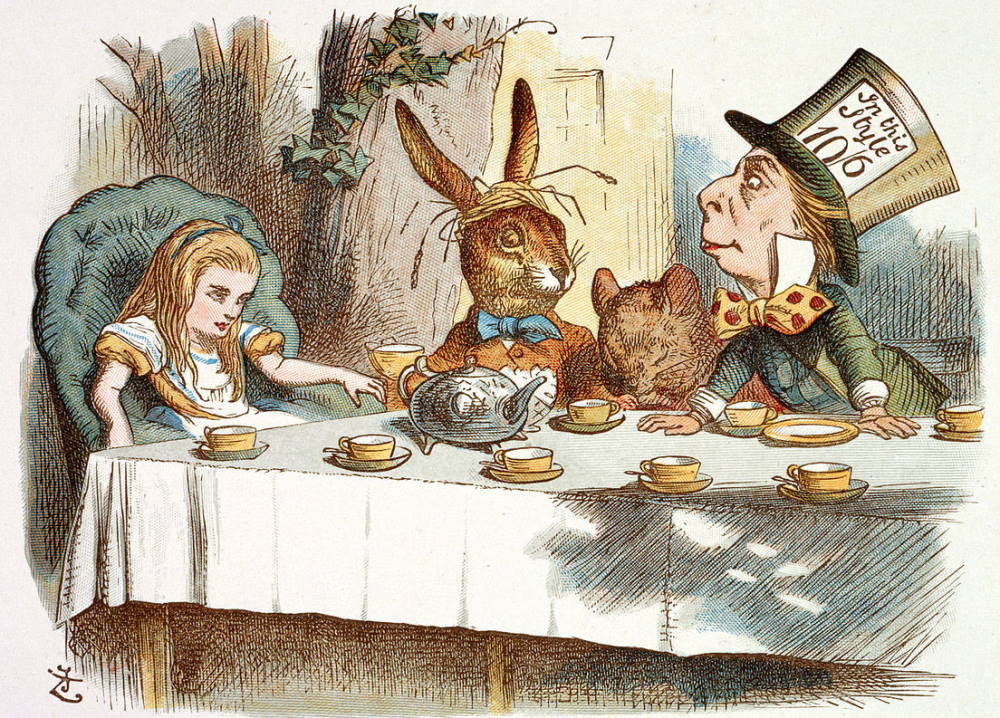 John Tenniel's illustration of the tea party scene in “Alice's Adventures in Wonderland”. Accompanying Alice at the table is March Hare, the Dormouse and the Hatter.