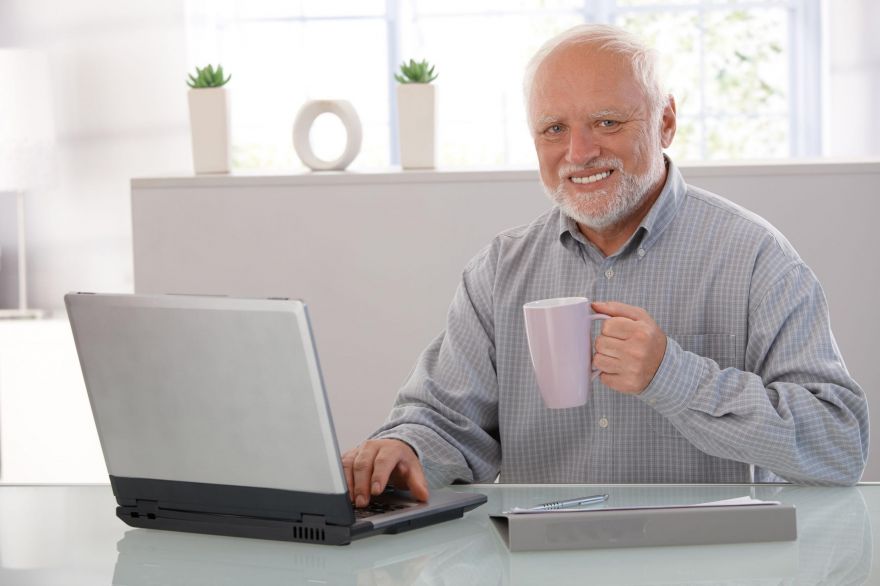 András Arató, an electrical engineer in Hungary, never expected to become an internet meme. But then a photographer asked him to pose for a set of stock photos. That image became an internet sensation as “Hide the Pain Harold” as people interpreted his expression as one of hiding inner torment beneath a banal smile.

When Arató discovered that he was internet famous, he embraced this identity, even though it was not particularly complimentary. He writes in The Guardian:

People noticed that I had taken ownership of the meme and got in contact to offer me work. I was given a role in a television commercial for a Hungarian car dealer. In one of the adverts, I travelled to Germany to buy a used car and it broke down halfway home; if I had bought the same car through their company, the brand claimed, it wouldn’t have happened. The fee for that commercial changed my wife’s mind about the meme.

Now my life has changed dramatically. People ask me to talk about my story, to demonstrate the power of memes. A football website flew me to England to make a video about Manchester City; I got to tour the ground and watch them play a Champions League game. The German mail-order giant Otto flew me out to make commercials for them. The Hungarian hard rock band Cloud 9+ have a song called Hide The Pain, with me in the video. I’m the face of Totum, the British discount card run by the National Union of Students – they got me to wear a bucket hat. I’ve even given a TED talk.