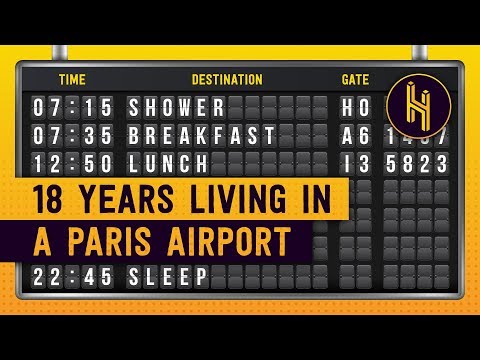 I once saw Wikipedia’s list of people who lived in airports, and while there are quite a few cases listed, none match that of Mehran Karimi Nasseri. He was Iranian, but his citizenship was revoked, and the refugee papers he was issued were lost, stolen, or maybe the dog ate them. As a result, he was stuck at Charles de Gaulle Airport, where he ended up living for 18 years. If that sounds familiar, you should know that one of the ways “Sir Alfred” (as Nasseri came to be known) supported himself was by writing a book that (loosely) inspired the movie The Terminal.