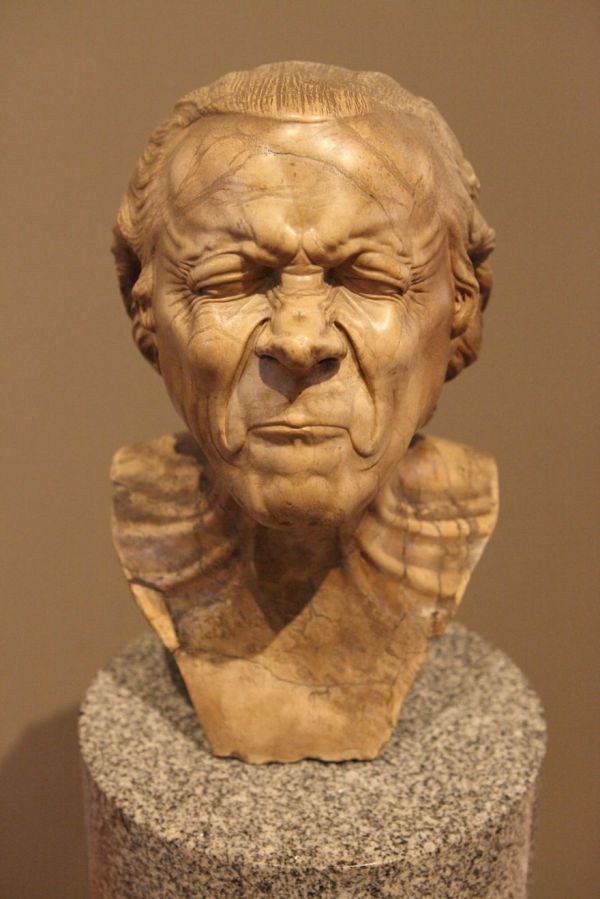 Franz Xaver Messerschmidt was an 18th-century German sculptor in Vienna. In that era, painters may have had free rein to experiment with facial expressions, but carving a statue of rock or even casting one in bronze was a major project that required a pleasant, thoughtful, or determined expression to capture a personality for posterity. halfway through his career, Messerschmidt abandoned those rules and began making “character heads” with extreme grimaces. His contemporaries thought he’d lost his mind. They may have been right.

Messerschmidt, Nicolai claims, believed himself to be tormented by demons; the wicked spirits were angry that his work as an artist had uncovered divine secrets of human proportion. “He also couldn’t comprehend for a long time why he who lived such an ascetic life of celibacy would have to endure such torture from the spirits, who should have been, according to (romantic) theory, most sympathetic to him,” Nicolai wrote. A collector who visited Messerschmidt reported that his face was ruined from pulling faces all day long, modelling for his own busts. (Did anyone ever tell you, as a kid, that your face would “get stuck like that?” Messerschmidt’s the guy to whom it actually happened.)

But Messerschmidt’s project, of cataloging “the sixty-four different varieties of grimace” (as Nicolai put it), may not have been as unorthodox as it seems.

Read about Messerschmidt’s character heads and see a slideshow of them at Jstor Daily. -via Damn Interesting